Antebi: Southeastern Anatolia on a Plate 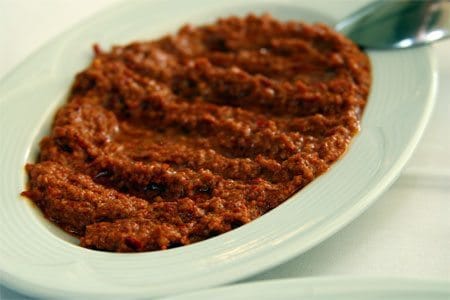 When my friend Can heard I was going to Istanbul, he insisted I check out Kazan Antebi in Caddebostan. He spoke of the place with an urgency that suggested if I missed it, I would be committing a culinary crime more heinous than vegetarianism. 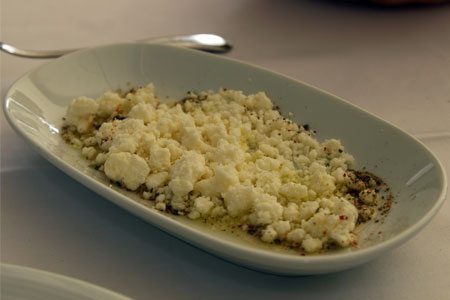 I set out for Antebi from Kadıköy at noon, believing I was in for a leisurely one hour stroll. Of course, I absolutely never judge distances correctly, don’t carry a map, and always get lost. At 2PM I was still walking and was on the verge of swallowing my pride and asking for directions when I began to recognize landmarks. I knew I was close. By then, I looked a hot mess (it was warm that day and I inadvertently climbed up and over Moda in my wanderings), but the staff was kind enough to pretend they could not see their reflections on my glistening forehead and seated me outside on the patio. 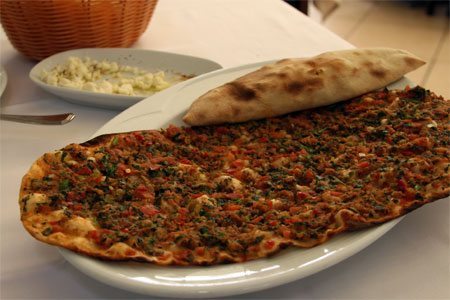 I started out with a few mezes, some pungent tulum dusted with spices and drizzled with olive oil, cevizli biber (a red pepper and walnut paste, aka muammara from Antakya), antep peynir böreği (a cheesy hot pockety thing), and lahmacun. I had started out with big plans of plowing though all these mezes before a main, but I was too full, so I settled on dessert, fıstıklı özel kadayıf, a sweet and gooey pistacchio paste sandwiched between two layers of shredded phyllo dough. 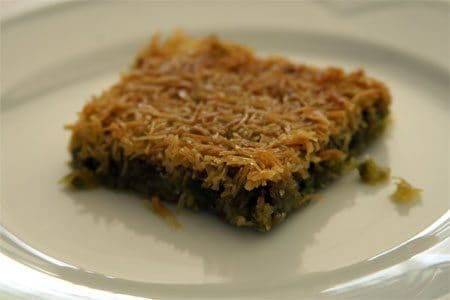 I think I can safely say this was one of the better meals I have had in my life. Can’s urgency was perfectly justified. It was as close to Antep and Antakya as you can get without being there. For days after the fact, this meal is all I thought about. In a word, spectacular.