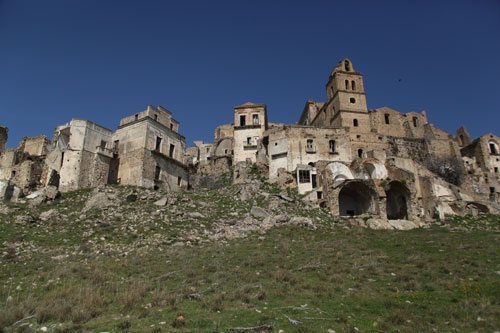 I have been pretty obsessed with Basilicata ever since my first visit there 5 years ago to update the Rough Guide to Italy. My dad and I spent a little over a week in Matera, the region’s main tourist attraction, and used the Sassi as a base to research the eastern part of the region and I have returned many times since. Until this week, though, I had never spent much time in central or western Basilicata, areas that are so profoundly stunning, isolated and unusual that I can hardly get images of their natural beauty out of my mind. 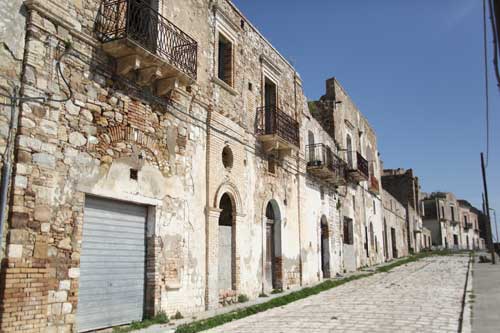 Driving through Basilicata is a lesson in topography. Large swaths of eroded sand give way to blooming cheery orchards, verdant rolling hills, and peaks punctuated by towns of Greek, Roman, and Norman origin. Once such town, Craco, is among the most hauntingly beautiful places I have ever seen. Its littered vaults and broken facades resemble what Matera looked like before the Sassi were (badly) redeveloped into cave hotels, wine bars, and mid-range trattorias. 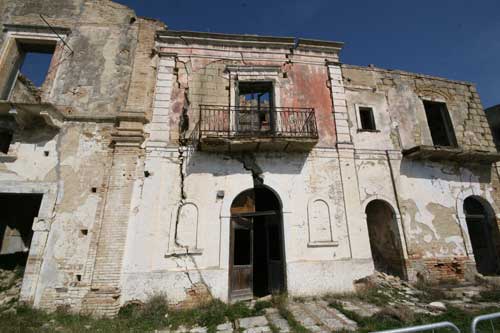 Like the Sassi, Craco was forcibly evacuated and its residents were moved to housing projects. In Craco’s case it was landslides, not disease, that were to blame. During the 1950s, ’60s and ’70s, entire city blocks sheered away from Craco’s periphery, plummeting into the valley below, leaving the shattered medieval nucleus exposed. In successive decades, the city was abandoned and its buildings were plundered by locals, antique dealers, film crews (it was even used as the set for Christ Stopped at Eboli) and vandals. Now the violated shell is nearly completely desserted, save for a group of squatting Romanian shepherds and their goat flock. 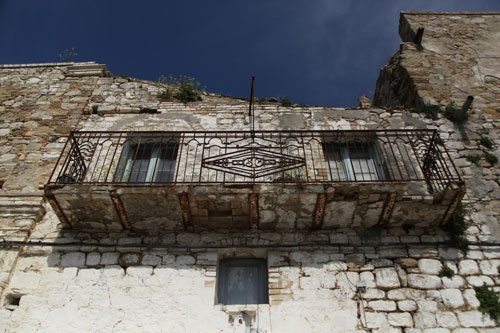 Recently, part of the site was opened to visitors, who are led through a limited secure portion of the town–after paying a €10 admission fee, putting on a hard hat and signing an injury waver. Mamma Parla and I were the only visitors this week, but the staff of 2 expects a busy summer, particularly as more of the town is expected to open for daytime visits and evening concerts in a few months. 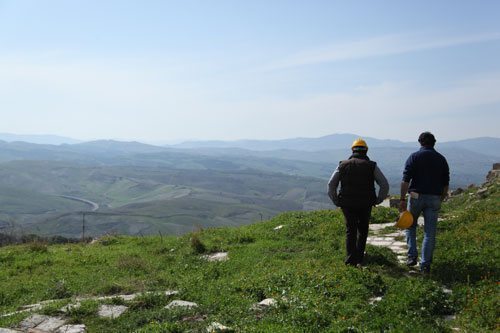 While the increased access will raise awareness for this neglected, deserted place, I hope that the fragile site can bring economic promise to the city’s residents without becoming the next Matera, an exploited shell of its former self. 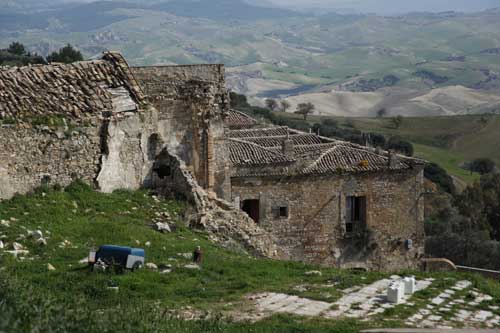