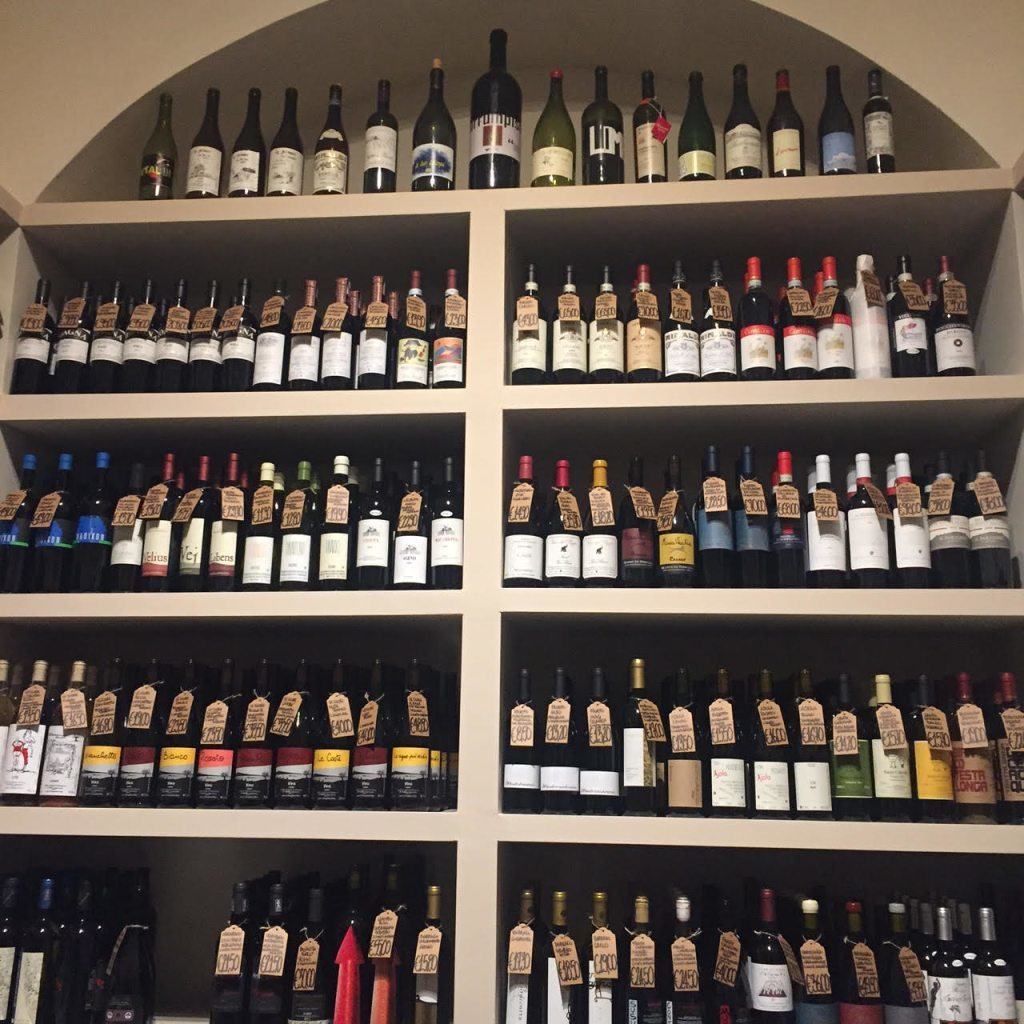 Trastevere’s wine scene just got a whole lot more interesting. For years, it has been dominated by Bernabei (not to be confused with the awesome norcino), a retailer and distributor that stocks boring and/or industrial wines and creates banal wine lists for many restaurants in the neighborhood. Bernabei’s borderline monopoly isn’t going anywhere, but at least we now have options.

Yesterday Les Vignerons, a natural wine shop previously located on Via di Acqua Bullicante in eastern Rome, opened its doors on Via Mameli. The new shop is beautiful and occupies the former Il Bacocco space (that wine bar moved up the block a few years ago). The shelves are filled with bottles of natural wine, ranging from volatile to balanced. The owners’ palates definitely prefer natural wines of the extreme persuasion, so accept suggestions of unfamiliar vino at your own risk, but rest assured there is no more complete selection of natural wines anywhere in central Rome.

There is also a pretty awesome seleciton of craft beers from across the globe–I spied some bottles from Stillwater and The Kernel that will be coming home with me soon. And I won’t have to worry about shlepping a dozen bottles home with me on the trenino down the Via Casilina then on the Metro. Now it’s just the 75 bus all the way. You can make the most of Les Vignerons’ new central location, too. Visit the shop on Via Mameli 61 in Trastevere.