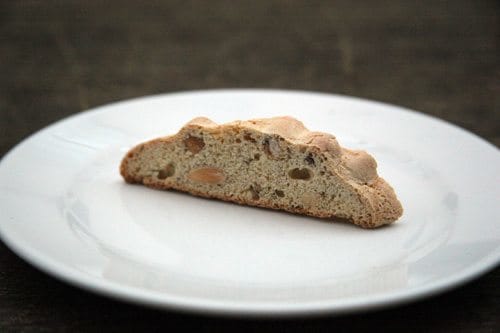 I first became acquainted with Nic Roome back in February while researching a piece on Maltby Street for The Atlantic. I tasted his legendary madeleines, perfect renditions of the French favorite, made in his London kitchen. I nibbled one while waiting for a latte at Monmonth Coffee and I implored the barista to put me in touch with the author of these wonderful spongy treats. I eventually reached Nic for an interview in which he told me about his new baking gig, a small home enterprise that he took on after quitting his job in fashion. At the time, his business was less than 3 months old and he was baking for Monmouth two days a week. 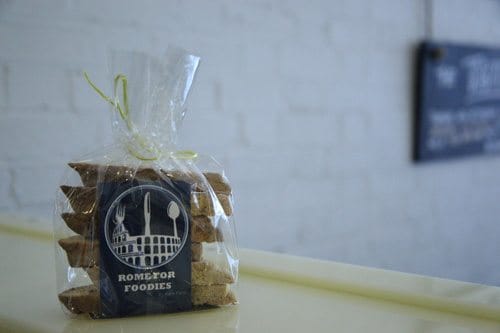 Fast forward to late summer. When Daniel Young approached me about co-hosting a Rome themed week in London, I thought it would be great to get Nic involved somehow. It was my selfish way of luring him out of his comfort zone to my caloric benefit. We met in Bermondsey last month to discuss the plan. Nic would make tozzetti for a goodie bag I would give away to promote my (STILL!) forthcoming app. In the meantime, I received occasional updates regarding the success of his trials and finally got to try the final product this morning, just before the Coffe Saturday Rome week finale commenced. He had nailed it. They had the proper structure, flavor, and aroma I was looking for. They would be as at home in Rome as those madeleines would be in Lorraine.