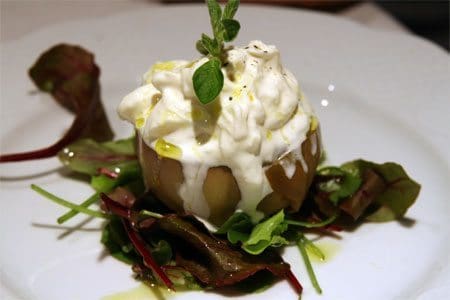 I gave Primo al Pigeto second chance. I went in with an open mind, a good attitude, and great company, but left disappointed, especially with the service, for a second and final time. My first visit was back in 2008 for the Cites of the Underworld wrap party. The food was good, but the service was abominable. I’ve been treated like shit in plenty of Roman restaurants before–in fact, it is a rather common occurrence–but that night, our server brought things to a new low. It took almost two years for me to suppress my anger and return.

On Wednesday night, I went back with COTU star Don Wildman and his lovely wife Melissa. The company was amazing and certain aspects of the meal were good— the smoked articoke with straccitella di burrata was interesting and the galletto was just as memorable this time around—but the service was, once again, awful. At least this time it was polite. So I guess that has been a slight improvement… 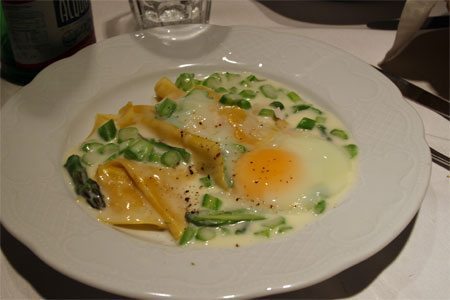 I know Rome is not a city renowned for its customer service in any sector, particularly hospitality and dining. And I know that trendy places like Primo employ servers who are deliberately aloof and often inept. Its part of their “thing”. I get it. But I don’t excuse it. So here are some random thoughts on my experience and service:

If a restaurant has a sommelier, he should be trained to present and serve the wine properly. For example, if a woman orders the wine, it should not be presented to the only man at the table. This happens all the time and I am able to overlook it, however begrudgingly, in a casual setting. But since Primo chooses to employ a wine professional, I find it absurd that he doesn’t bother to inform himself who ordered the wine. It’s insulting. 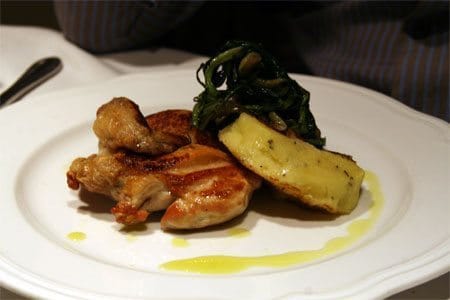 If a restaurant offers an amuse-bouche, it should be delivered to the table with an explanation. If the chef has taken the time to create it, it is worth at least a 5 second description. Tell me what is hidden behind that golden crust. By the way, Chef, you forgot to put salt in your potato and octopus crochette.

If there are variations to the menu, that is totally fine. In fact, I like that the items on the menu change based on market availability. But the server should not present the menu and say, “we’re out of cod and a bunch of other stuff but I’ll tell you if we don’t have something when you order. It’s pointless to go over all the changes now.” I disagree, I think it’s kinda the perfect time to go over the variations. Like, before I decide on something.

Now Chef, this one’s just for you. Taste all the food before it leaves the kitchen. And use salt. The lasagnette with egg, asparagus and parmesan cream was seriously one of the blandest things I have ever eaten.