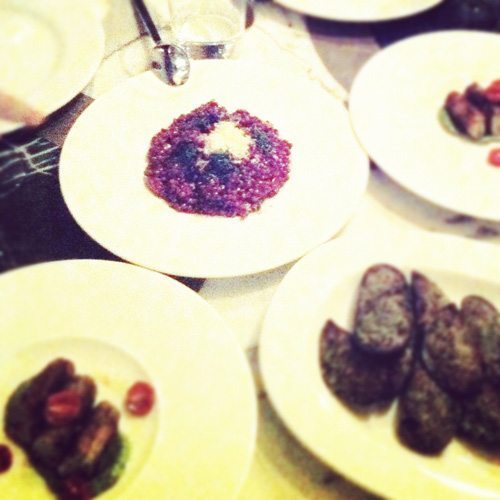 So many of İstanbul’s so-called fine dining establishments fall way short of expectations. In a sense, most of them aren’t meant to have good food, anyway, but instead serve as trendy places with boring food where people go to see and be seen. Food is secondary. Or tertiary, even. Sekiz İstanbul, a relative newcomer on the scene, stands out in the crowd and manages to merge trend and taste.

Located on the ground floor of the 8 İstanbul Suites, chef Maksut Aşkar’s restaurant serves modern dishes, which are mostly winners. The menu changes with the seasons, so in the winter, look for beetroot and bulgur, while the warmer months there is fresh broad bean and green chickpea hummus with sea bream ceviche.

Sekiz İstanbul is located at Erol Dernek Sokak No: 1, not far from Galatasaray High School and İstiklal Caddessi.