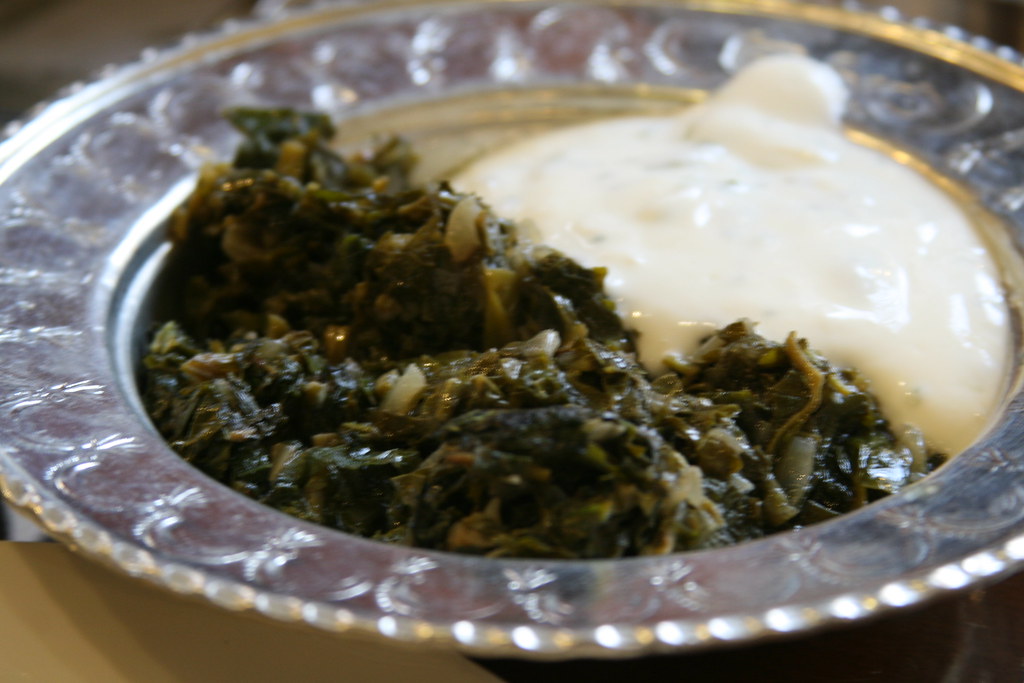 Last week after class I hopped a ferry with some friends from Kabataş to Kadıköy. Our destination was Çiya Sofrası, a place that had been recommend to me by friends, colleagues, and fellow food bloggers, and is invariably named as one of the best restaurants in the city. Considering that Changa, Mikla, and other high-end hot-spots are also on this list, I was expecting Çiya to be a much more formal affair than it is. I was pleasantly surprised to find an simple cafeteria offering around 20 hot dishes and a variety of salads and pickled vegetables to a varied clientele.

Çiya is the brainchild of Musa Dağdeviren, a chef from Gaziantep in southern Turkey, a city known to insider’s as the country’s best kept culinary secret. I happened to discover this myself last year when I flew from Istanbul to Gaziantep on my way to Syria. Gaziantep was the nearest airport to the overland border crossing at Killis so I made my way down there and decided to stay for a couple of days to check it out. When, I asked myself, would I ever come to Gaziantep again? I had better make the most of it. That was before strolling through the copper pot market, perusing the mosaic museum, and tasting the baklava, lahmacun, kebabs, and firik pilavı (green rice pilaf). When, I asked myself afterwards, can I come to Gaziantep again?

Musa settled in Istanbul over a decade ago, opening his first kebab (meat and bread) restaurant in 1987, followed by Çiya Sofrası a year later. In 2001 he added another kebab restaurant and now all three of his ventures are within 50 feet of each other in the busy bazaar in Kadıköy, just a 5 minute walk from the ferry port. The philosophy governing his 3 establishments is twofold: to serve honest, authentic peasant food accessible to anyone who wants it, and to protect dying culinary traditions in the process. Musa spends much of his time researching the dishes of rural Anatolia (as well as Greece, Armenia, Iran, Iraq, the Balkans and the Caucasus), many of which are threatened by today’s fast-food dining culture, and preparing them for around 1000 patrons a day. His publications, cooking demonstrations, cookbooks, and, most of all, his restaurants are promoting and preserving Anatolian, ethnic, and regional cuisines in no small measure.

When we entered Çiya Sofrası, we were a bit overwhelmed by the sheer number of tantalizing dishes displayed behind the hot and cold countrs so we sat down, ordered 3 karadur suyu (mulberry juices), collected our thoughts, and plotted our next move. We decided to order a number of dishes: Intestines stuffed with rice, herbs, and offal, Kibbeh, Eggplant stuffed with lentils, peppers, and onions, Hot and sour bread ball soup, Flatbread stuffed with onion and chard, Yogurt, meat, chickpea, lentil and mint soup, Chestnut, meat, apple, baby onion and chickpea soup, Pickled seawood (dikenucu), Pickled beets, Olives with walnuts, Cured capers, and Yogurt with barley.

The plan was to follow all this with lahmacun and a kebab or two, but we reconsidered in favor of dessert: Candied olives with walnuts and tahini, Candied green walnuts, Candied minieggplant stuffed with walnuts, Baklava, and shredded phyllo dough stuffed with clotted cream. The lahmacun and kebab may have been postponed until the next trip, but I have a hunch that it is not very far off.