Journey to the East: Cafe East in Surrey Quays 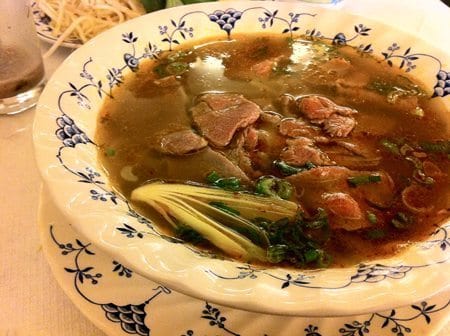 When I’m in London, I stay with my boyfriend in New Cross Gate. I have to admit, when I first started visiting the hood over a year and a half ago, the eating options seemed bleak and I suffered from regular panic attacks over not being able to walk out of the house and find great food or high-quality, inexpensive groceries. Living in Italy, where one can eat fantastic food very affordably, had not prepared me for all the greasy fried chicken, crap pizza, and low-quality kebab joints New Cross Gate has to offer. Following my initial struggle in SE14, I learned that a stroll to an adjacent neighborhoods was all it took to improve matters. Such journeys have brought me to Franco Manca in Brixton, Wuli Wuli in Camberwell, Ganapathi in Peckham, The Greenwich Union in Greenwich, and, most recently, Cafe East in Surrey Quays. 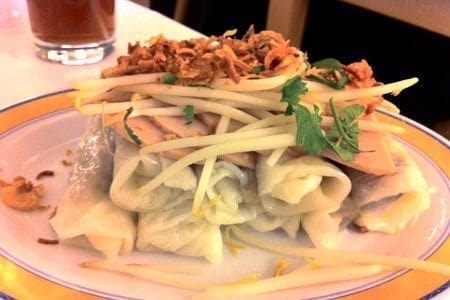 Though I routinely cycle the same path at night, I wouldn’t endorse an evening stroll from New Cross Gate to Surrey Quays. It cuts through some pretty desolate industrial zones and generally scary points. Midway through the walk, my boyfriend and I created a plan of action just in case we were mugged. We weren’t. Which is a good thing, because Cafe East is cash only. So unless you run as fast as you bike, or are armed, take the unbelievably convenient East London line to Surrey Quays and walk the final bit. Cafe East is located just a few hundred yards from the station. Just look for the blue neon trimmed roof and you’ve found it.

When we got there, our pockets overflowing with tens of pounds, the place was packed. We waited in lobby for a few minutes, spying on the kitchen to see what looked good and what others had ordered. Obviously, the famous pho tai was carried out from the kitchen at regular intervals. This piping hot rare beef stew with ho fun has been called the best pho in London and I’m not about to argue with this accolade. 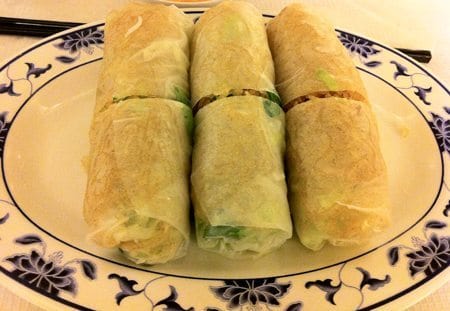 After a few minutes, where were sat in the dining room, a neon light bathed space with all the charm of a college cafeteria. Or maybe a little less. But no one comes to Cafe East for the decor. They come for the pho, which is rich, complex, and savory with an undertone of chili.

We started off with a few rolls like the bi cuon, a rice paper roll filled with shredded pork skin, rice and herb salad and the banh cuon, steamed rice pastry stuffed with mushrooms and pork and topped with “meat loaf”, poached bean sprouts and fried shallots. Both were served with the house fish sauce, a sweet and sour medley, on the side. 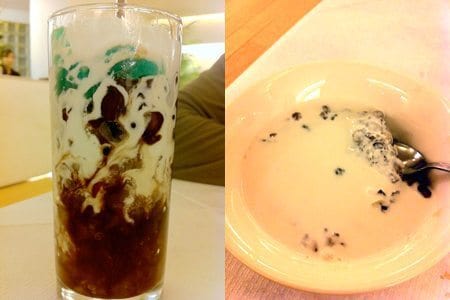 Next was the pho tai, a rare beef stew with ho fun rice noodles. The broth actually continued to cook the thin shreds of beef. This dish did not disappoint and I think it is safe to say that it was certainly worth the risk of bodily harm we could have suffered en route to Cafe East. £6.50 was too small a price to pay for such perfection.

Accentuating the overall deliciousness of the meal were the coconut cream laden beverages and desserts. Both the che ba mau, a drink made from coconut cream, red kidney beans and strips of green jelly, and che dau trang, a bean pudding swimming in coconut cream, were delightful. The meal came to under £35 for two starters, two mains, two desserts and two beverages.

Is There Such a Thing as Italian Cuisine?

Where to Eat, Drink and Shop for Booze in London