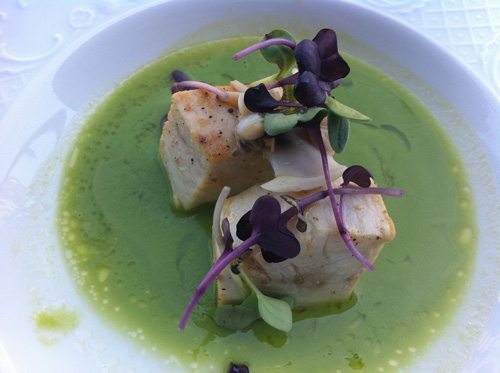 Settembrini at the MACRO Testaccio.

2012 was a great year for Rome dining. Old favorites continued to thrive, we greeted some impressive newcomers, and the city became the natural wine consumption and artisanal gelato production capital of Italy. But there were some disappointments, too, and it’s time to put some venues on notice.

I am very grateful to app users and blog readers for their feedback this year. We make a great team and thanks to their their messages, comments and emails, I am able to cut venues or add warnings in order to provide the best experience for Rome diners. Here’s what we’ve learned:

Cul de Sac: This wine bar near Piazza Navona is a necessary evil. It is always open, even holidays, and I do wine tastings there when everything else in the center is closed. The service is completely inconsistent and sometimes painfully uninformed. The hot dishes are awful, but Cul de Sac squeaks by for the moment based on its location, opening hours, selection of Lazio products (which most of its competitors snub) and some good prices on bottles from Friuli.

Da Danilo: I love this place, but I always recommended it with caveats: book well in advance, insist on sitting on the ground floor, and prepare yourself for rotten service. The service at Da Danilo has always been erratic and they can be very pushy upsellers–especially for the pricey house antipasto and truffle dishes when they are on the menu. I have gotten many emails from friends and clients this year citing great carbonara and cacio e pepe but poor treatment. Danilo is treading on thin ice.

Flavio al Velavevodetto: This crowd pleaser in Testaccio opened a second location called Velavevodetto ai Quiriti in the spring and since then, the food at the original location has suffered. Numerous users have reported mediocre meals there. Testaccio has its share of stinkers. I have my eye on Flavio and if it doesn’t even out, it’s coming off the list.

Settembrini: The ideal example that expansion isn’t always a good thing comes in the form of the expanding Settembrini empire. This restaurant (with bar, bookstore, and catering) used to be excellent and reliable but 2012 saw a rash of bad reviews from readers. I am dropping it from Rome for Foodies.

Volpetti: This gastronomia in Testaccio is an institution, which, in theory, should make it praiseworthy. But I struggle to find nice things to say about this overpriced, overcrowded gourmet shop. I used to (reluctantly) include it in my food tours, but now usually excluded it due to the rude (and often uninformed) service. The fact that the narrow space is overrun with huge tour groups makes it even less likable. Thankfully there is La Tradizione across town in the Trionfale district, where I will be doing many tours next year.