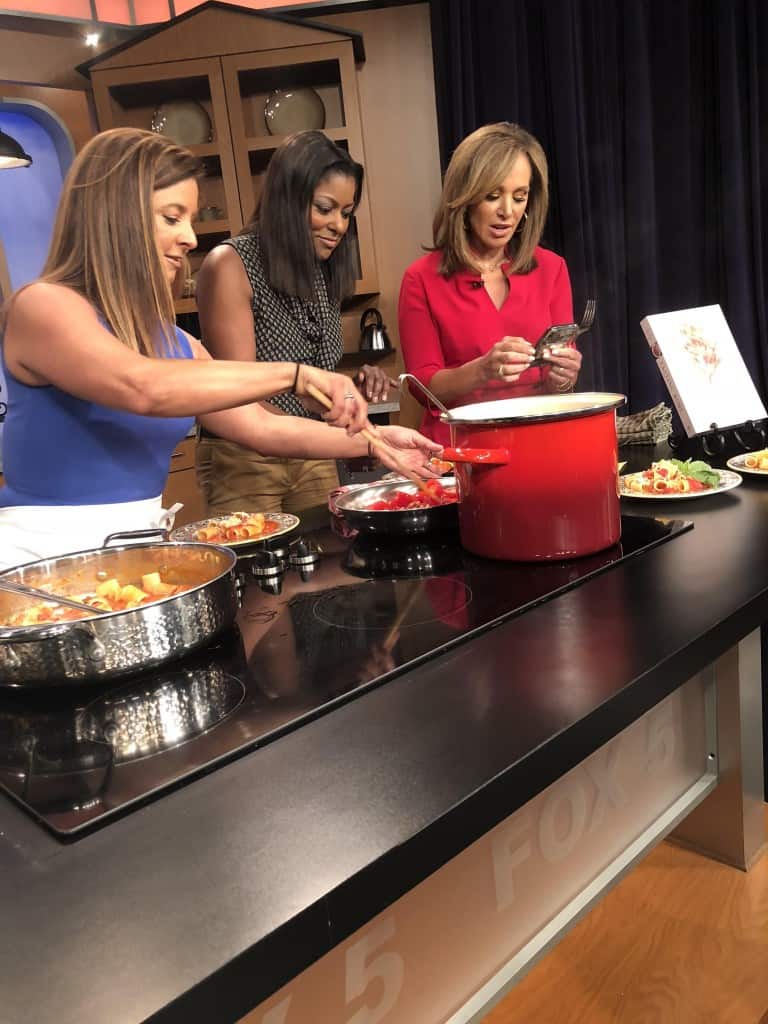 On Thursday I appeared on Good Day New York with Lori Stokes and Rosanna Scotto (Tri State Area dreams do come true) to make amatriciana estiva (a.k.a. summer amatriciana), a dish that has been popping up on trattoria menus all over town for a few years now. Some claim their version of the dish is lighter than the classic because they use less guanciale or drain off some of the rendered fat. Others don’t reduce the fat at all, and just replace canned tomatoes with seasonal summer ones. This version is somewhere between the two. Watch the whole segment here and follow the recipe below to recreate it at home.

Heat the olive oil in a large skillet over low heat. When the oil begins to shimmer, add the guanciale. Cook, stirring, until golden brown and very crisp, about 10 minutes. Using a slotted spoon, transfer to a paper towel to drain. Remove half the rendered fat from the pan and discard, or reserve for another use like vodka al guanciale (recipe in Tasting Rome).

Meanwhile, bring a large pot of water to a rolling boil over high heat. Salt the water. When the salt has dissolved, add the pasta. Cook until very al dente, then drain, reserving the cooking water.

Add the pasta to the sauce in the skillet and stir to coat. Add enough reserved pasta cooking water to nearly cover the pasta. Simmer, adding more cooking water as needed. When the pasta is al dente, remove the skillet from the heat. Add 1/4 cup of the pecorino romano and mix well. Add half the guanciale and stir well. Season to taste.

Plate and sprinkle each portion with some of the remaining pecorino romano and guanciale. Serve immediately.