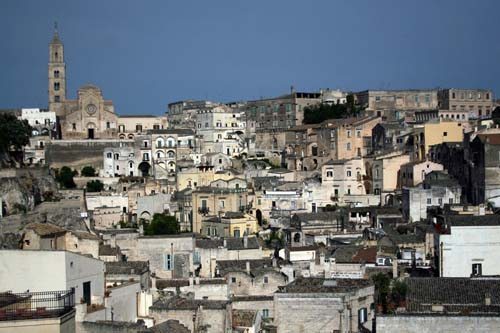 When I was growing up I thought my maternal grandmother’s family was from Naples. Indeed, they left from that port, like many thousands of southern Italian peasants, but their city of origin was far from the sea. It’s mind-boggling that so many Italian-American families know so litte about their ancestry, but considering the desperate conditions of the Old Country during the late 19th and early 20th centuries, it’s no wonder immigrants wanted to forget where they came from and that their descendants were in no hurry to investigate.

It wasn’t until 1996 at my grandparent’s 50th anniversary party that 92-year-old Great Uncle Tony wrote the family history on hotel stationary, mentioning Spinoso (well, actually he wrote “Spinosa”) in Basilicata. In the years that followed, I would delve into my grandfather’s Sicilian genealogy while seeking Italian dual citizenship, but this week my mom and I will travel to Basilicata in search of my grandmother’s roots for the first time. The process will be tricky, as the DeLouise family name has no fewer than 5 spellings in the birth certificates, passports, immigration records and baptismal certificates we have found. Often, the same ancestor has several different spellings for his or her own name. In the DeLouise family, assimilation was paramount and Biagio became William, Gaetana became Katherine, and Domenico became Thomas. It’s gonna be a mess.

In the past, I have taken lots of families to the south of Italy to find their roots. I wonder what this trip holds for Mamma Parla and me. Will we find a distant relative tilling the fields, working in a public office, or running a business? Will we find anything or anyone or have all ancestral traces been erased by poor bookkeeping and immigration? We shall soon find out.