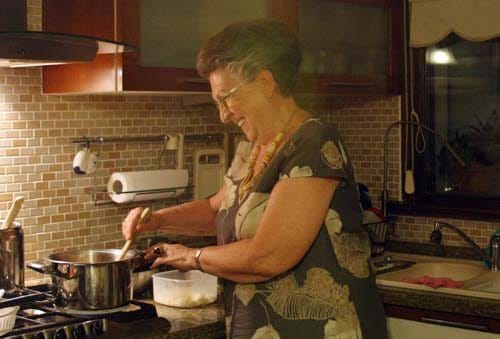 It started with a tweet. I was at a cafe in Bozcaada in August and ordered peynir helvası (a dense mixture of flour, butter, sugar, and cheese) for dessert. Maybe this wasn’t the best choice considering the sweltering Turkish summer heat, but damn was that helva good. I posted a picture to twitter and my friend Hande’s response was instantaneous; I should try her mother’s version of this starchy cheesy treat, was her tweeted reply. 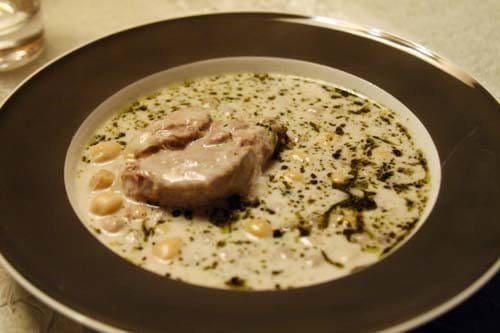 A week later, with the kind organizational skills of Hande’s brother Emre, I was sitting at the Kutlar family table in Istanbul for the first time. It was Ramazan and we waited until the prescribed time to eat. But peynir helvası wasn’t the only thing on the menu that night. The already generous offer to make me dessert had morphed into a massive feast of southeastern Turkish specialities. 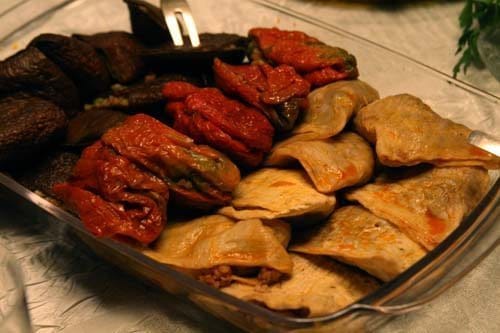 The table was filled with dishes typical of Antep, one of Turkey’s food capitals and the place where Hande and Emre’s father was born. Their mother, of German origin, had mastered the recipes of her husband’s birthplace and offered a steady parade of traditional mezes and a slew of other dishes. 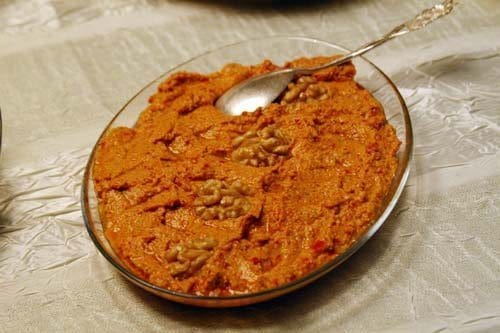 We had a yogurt, lamb, bulgur ball and chick pea soup. There were several types of dolma made from the reanimated dried husks of squash, eggplants and peppers. There was an olive and walnut salad, (my personal favorite) red pepper and walnut paste, and minced meat börek. Everything was exquisite. 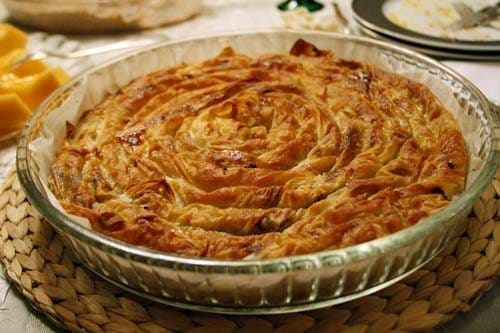 The grand finale was the peynir helvası, which Hande and Emre’s mom retired to the kitchen to prepare. She stirred and stirred the bubbling mixture of butter, flour and sugar, adding milk to achieve the correct consistency. Before serving she folded in a soft cheese. I had two servings of it, one for me and one for Hande, who was in Rome but on our minds. 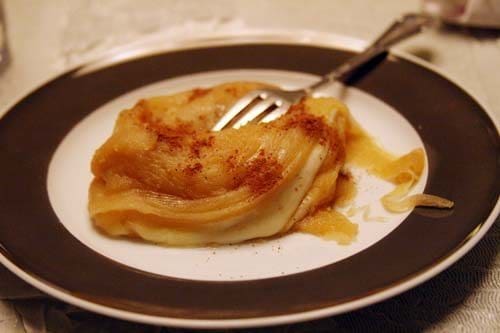 The food and experience was amazing and, once again, twitter and my maniacal need to document my caloric intake led to a lovely evening spent in wonderful company. Thanks Kutlars! Elinize sağlık!