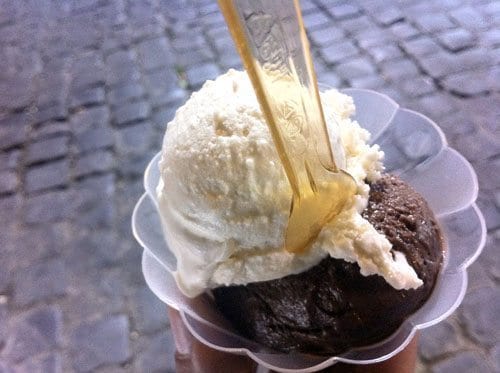 UPDATE: This location has closed. Move over Grom! Italy has a new growing gelato franchise, but this one is actually good. Make that amazing. A new branch of Il Gelato di Claudio Torcè opened two weeks ago in Rome’s Piazza Monte D’Oro, just three blocks west of Via del Corso. The gelateria is divided between two rooms, one of which displays the fruit and yogurt flavors, the other home to the creamy and chocolatey ones. With 100 flavors in all, it was painfully difficult to settle on a combo tonight, but I couldn’t have been more ecstatic about my final decision: salted peanut and chocolate-banana. I took a seat outside next to the fontanella and bathed in the pure white aura that is the Il Gelato storefront. Operating room lighting has never looked so good. 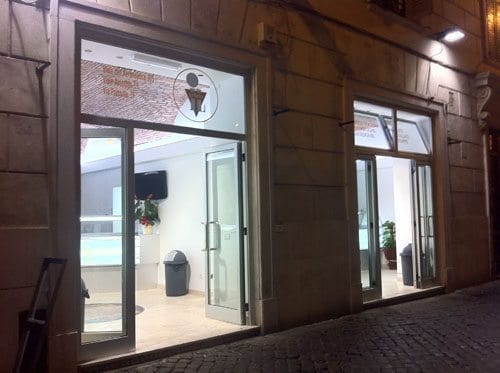 For more on Claudio Torcè’s gelato, check out this post from last month. And for the inside scoop on gelato in Rome, see “My Guides to Gelato in Rome”. A very special thanks to Oliver W Douglass who reported the new opening on Twitter yesterday!

Il Gelato di Claudio Torcè is open 7 days a week. It is located at Piazza Monte D’Oro 91/92. There are other locations at Via dell’Aeronautica 105 (the original), Viale Aventino 59 (a franchise near Circo Massimo), and Via Prassilla 39 (another franchise in Le Terrazze in Casal Palocco).