New Openings On Via dei Serpenti in Rome 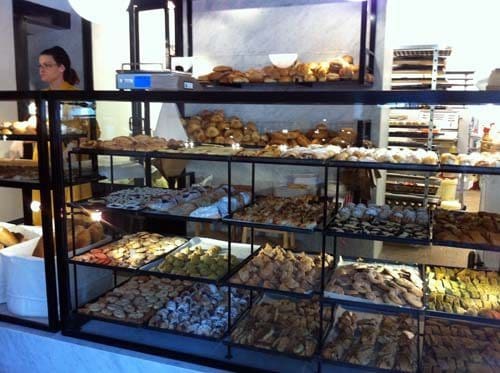 Via dei Serpenti, the main traffic artery in Rome’s Monti district, is more happening than ever. On Monday, a new bakery called Antico Forno ai Serpenti opened on the corner of Via dei Serpenti and Via Panisperna. Back in the day there was a bakery in the same storefront and my strongest recollection of the place is that it sold chocolate shaped like tools. That’s weird, right? The new Antico Forno sells bread, pastries, cookies, sandwiches and some prepared meals in a space bounded by Carrara marble walls. 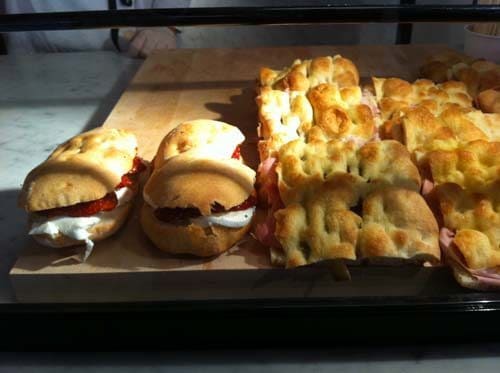 I stopped by yesterday for lunch–mozzarella di bufala and sun-dried tomatoes on a ciabatta–and observed the place. While I was eating, one of the employees asked me with a smile, “Are you enjoying everything?” At the register, another asked if everything was alright with my meal. Everyone was smiling and polite. I don’t know where these people get off being nice to strangers in a service environment in Rome, but I like it! Someone has figured out what is missing in this part of Monti, a half-decent bakery with kind service. 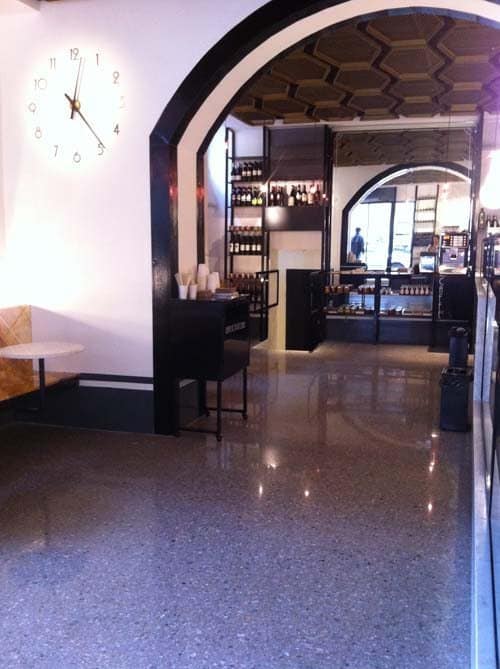 I tried a few baked goods for dessert. The brutti ma buoni were quite good. I was less impressed by the ciambelline al vino and biscotti, which were too friable for my taste. Based on first impressions, I would say Tricolore has way better bread and Panificio Monti has much better baked goods. But Antico Forno ai Serpenti beats both of those in the atmosphere and service department. I think I’ll be a regular customer for a sandwich or a quick bite. 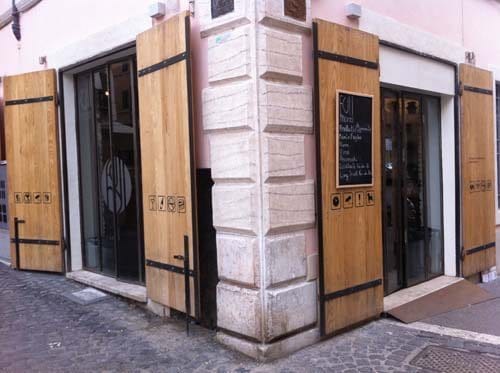 Down the street on Via dei Serpenti 163, a corner storefront is home to Full Monti, a juice/coffee/cocktail bar that makes you pour your own drinks and mix your own cocktails for some reason I don’t understand. It opened in October and has already become a popular place for breakfast, a drink, or a snack. You can’t beat the location, right in the heart of the neighborhood, facing onto Piazza Madonna dei Monti. 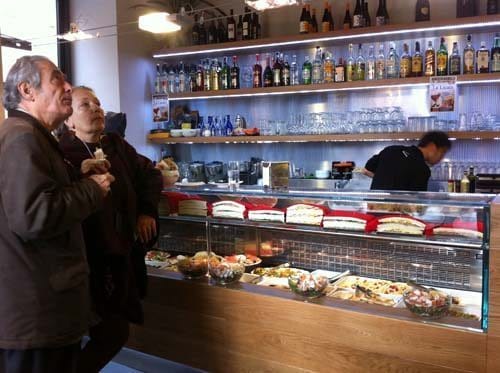 Next door, on the corner of Via dei Serpenti and Via Leonina, Bar La Licata reopened last week after a renovation. The interior has been given a modern look, though the offerings have remained more or less the same. They serve coffee and drinks, sell lotto tickets, bus tickets, cigarettes and tickets to concerts and athletic events. There are also salads, sandwiches, and light meals.