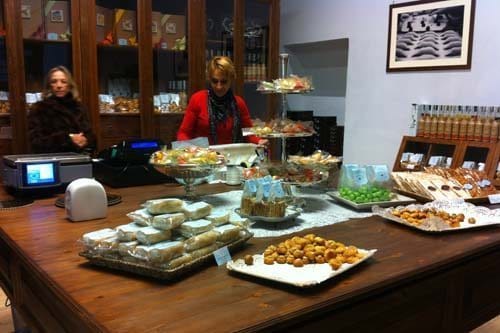 Last Saturday, as I was walking home from a tour, I took the long route so I could snag a sliver of pizza bianca at Roscioli. I walked down via dei Chiavari to Via di Monte di Arco (an extension of the former) and low and behold, a pair of recently restored storefronts were hosting the inauguration of a Sicilian pastry shop. 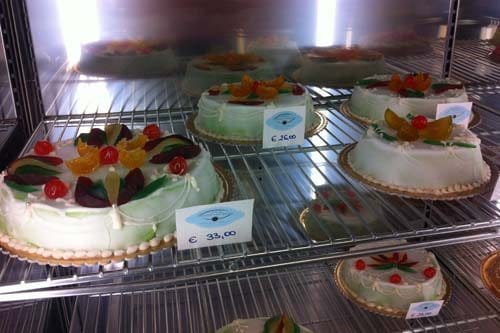 The place, called I Dolci di Nonna Vincenza, is a Catania-based brand and this is their first shop in Rome; there are other branches in Bari and Messina. Almond-based cookies, elaborate cassate, and tiny cannoli filled the place. Passersby paused and looked in with wonder and curiosity at the quaint space and elaborate offerings. 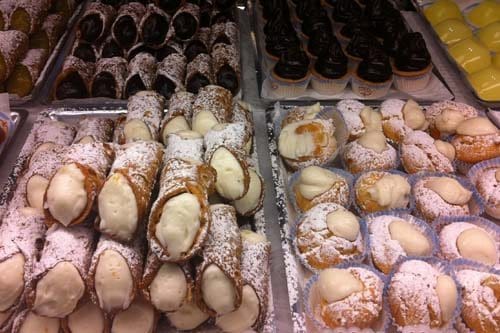 For those not familiar with Sicilian pastries and cakes, they are cloyingly sweet (and I do not mean this in a pejorative sense). They are richly packed with sugar, often to the extent that grains survive undissolved. They also employ sweetened ricotta, almond paste and a baroque approach to decoration. The Sicilians are as timid about frying as they are about sugar and Nonna Vincenza, crisp fried cannoli shells are as good as any you’ll find in Rome’s centro storico. In fact the whole cannolo is pretty fantastic, as a subsequent visit revealed. Try for yourself at Via Arco di Monte 98a/b, ideally after a slice at nearby Roscioli.