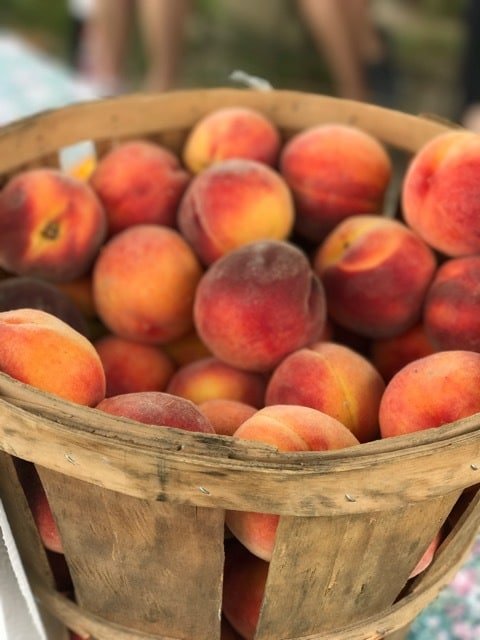 On Sunday, Terhune Orchards hosted their annual peach festival. It was fun to return to the farm for the first time in a while. I hadn’t been in years (maybe a haunted hayride in ’96 was the last time?!) but pretty much every fall of my childhood since the age of 2 was spent feeding goats, eating donuts, and drinking hot apple cider at this historic central-Jersey farm. When they asked if I could do a demo featuring their peaches and wine, I immediately thought of Rome’s classic summer dessert, pesche al vino. In the summers in Rome, we macerate peaches in white or red wine. Some simply peel the peaches and let them sit in the wine for an hour or so, while others make mulled wine in which to soak the peaches. I chose the latter for this super easy recipe. I diverge a bit from the Roman standard by using very ripe peaches instead of the crunchy, under-ripe variety preferred in the Roman capital:

Heat the wine, cinnamon, cloves, lemon zest, and sugar in a medium saucepan over low heat. Bing the wine nearly to a boil, stirring to dissolve the sugar. Remove from heat.

Place the peaches in a large bowl. Pour the wine mixture over and set aside for at least an hour. Serve chilled. 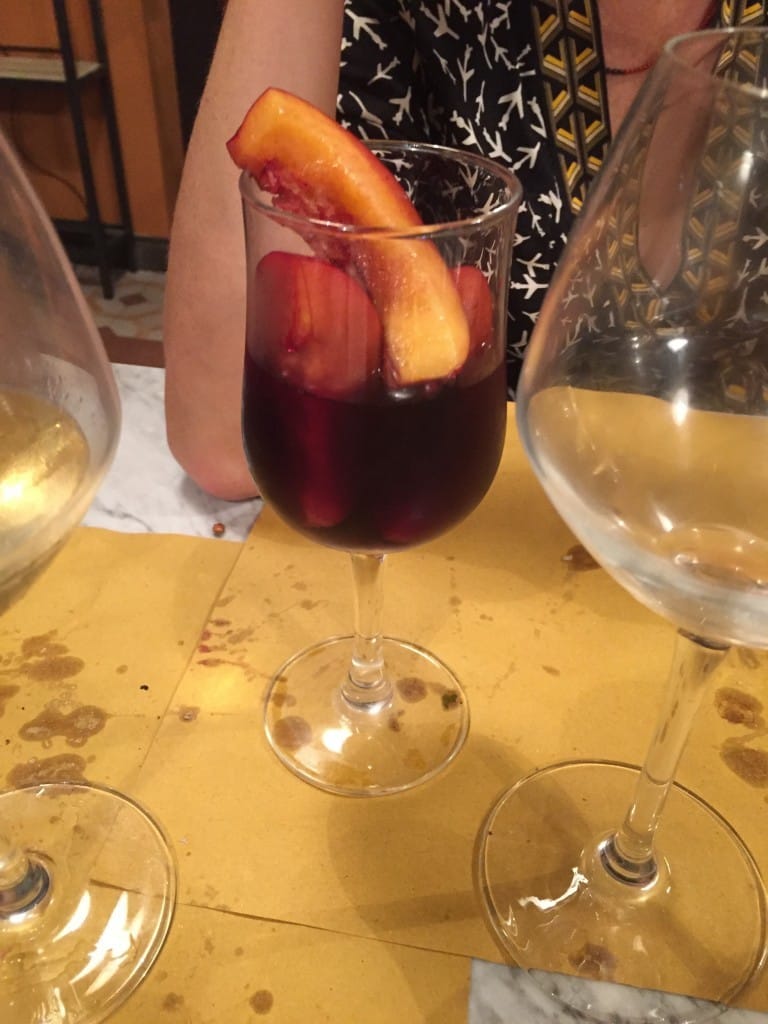