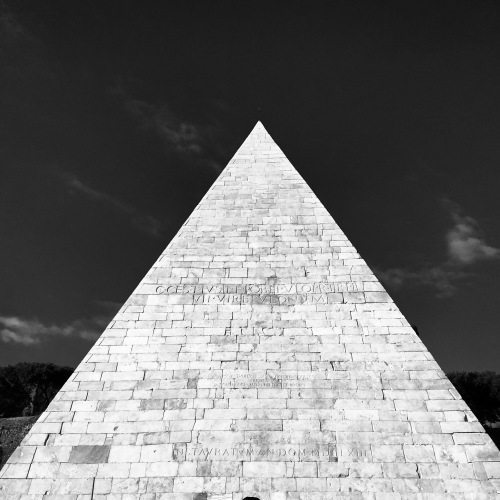 The Pyramid of Gaius Cestius is just one of many recently refurbished monuments in Rome.

Undecided on where to go on holiday on this year? May I suggest Rome? The Italian capital is No. 48 on the NYT Travel’s list of desirable destinations for 2015. In addition to the city’s natural appeal, the Domus Aurea has reopened (at least until March, that is), the Pyramid of Gaius Cestius has been refurbished, and Augustan sites continue to celebrate the 2,000th anniversary of the first Emperor’s death. Read more online here or in this weekend’s NYT Travel section and I hope to see you in Rome in 2015!