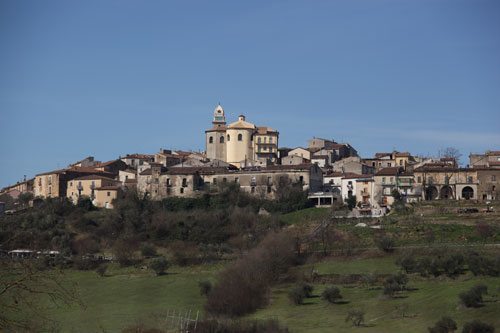 Approaching Spinosa from the east.

The story of uncovering our roots begins in 1996 at my maternal grandparent’s 50th anniversary party in Princeton, NJ. Though they had already retired to Jacksonville, my grandfather threw my grandmother a surprise party up north because it was closer to most of their family and friends, who were based in and around their native New York. Around 75 guests gathered in a hotel ballroom for the festivities. My grandmother was convinced she was attending a neighbor’s wedding, an early sign of the Alzheimer’s that would cripple her over the next sixteen years, ultimately causing her death in January. 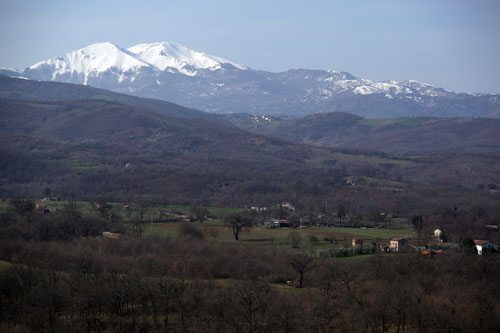 During the anniversary weekend, grandma’s second cousin Tony wrote some of the family history on hotel stationary. His writings stayed in a drawer for years until I proposed to my mom last month that we go search for grandma’s family. Tony’s text named our ancestral town as Spinosa, though it was actually Spinoso, a small village in Basilicata so called because of the abundance of spine (thorns) that typified the area’s flora during the middle ages.

The trip was meant to be therapeutic and we didn’t expect to find much of anything. We had some birth, baptismal, and marriage certificates for grandma’s parents and grandparents, but they were frought with inconsistencies and misspellings and there was little precise info on our Spinoso ancestors in Tony’s writings. 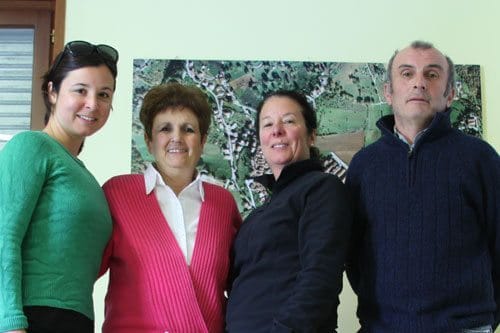 After trancing the Padula line back to 1800 we were joyous.

Nevertheless, two trips to the Spinoso city hall were incredibly fruitful. The office’s two employees, Vincenza Maggi and Andrea Iannibelli, were generous and patient with us and helped us trace our roots back to my great great great great great grandfather Francescantonio Padula, a shepherd born around 1800.

We were extraodinarily lucky because 3 of my grandmother’s four grandparents were all born in Spinoso in 1883. Their births had been registered, as had the marriages and births of their parents, so we were able to look at the hand written documents, which were all kept in fraying leather bound volumes in the Spinoso city hall. With Vincenza and Andrea’s help, we pieced together a wonderful, if partial, story of my grandmother’s family. 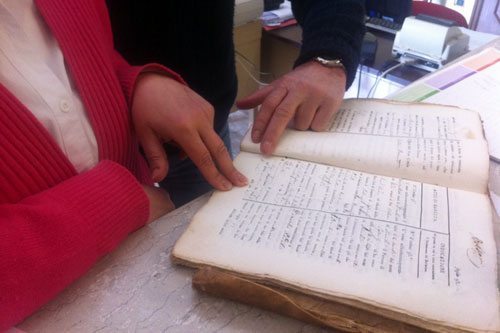 My grandmother Theresa Spisany was born in Harlem in 1927 to Francesco “Frank” Spisany and Josephine De Louise. Both were born in the States around 1902. Josephine’s father was Francesco De Luise (which morphed into De Louise after immigrating) and her mother was Teresa Racioppi. That’s all we came up with on that branch. The paternal side of grandma’s family tree is much more complete. 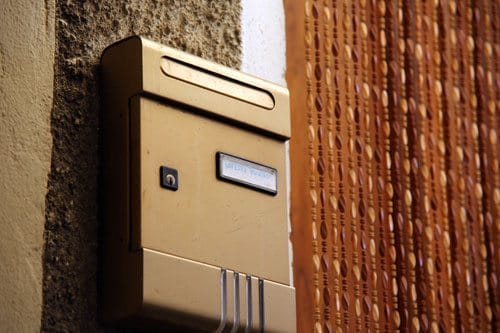 The mailbox on the house where the Spisanos lived until 1887.

My grandma’s father’s parents were Biase Spisano and Gaetana Padula, step brother and sister according to cousin Tony. Biase called himself Biaggio, Will and William. He was a chauffeur, spoke with a British accent to impress his clients and put a shotgun in his mouth and “accidentally” shot himself in 1950 in the family brownstone in the Bronx. We tracked down where he was born 67 years earlier, a tiny house on Gradelle Ecce Homo, a narrow alley behind Spinoso’s main church. The mailbox bears the name Michele Lotesto. Perhaps this is sheer coincidence but Biase’s mother was a Lotesto. 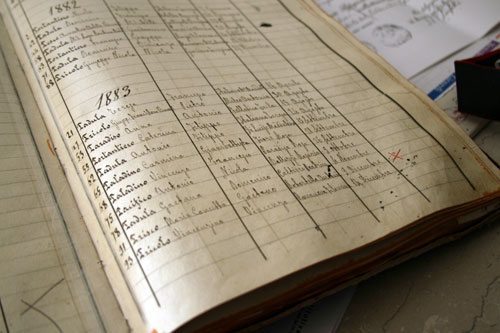 How Biase became Gaetana’s stepbrother is a mystery we will have to unravel at the NYC vital statistics. Perhaps her widowed mother married his widowed father in New York? What we do know is that Gaetana was born on Via Calatafimi (no house number given) to Beatrice Caltieri, mother of at least six children, the last of which was born six months after she was widowed. Tony tells us that she immigrated to the States with three of her children (including Tony’s father Michele, a 9-year-old shepherd). We don’t know how she supported the family in the eight years that separated the death of her husband and immigration, but Tony says his father would get one small loaf of bread a week as payment for tending a flock and he would save half to give to his mother. 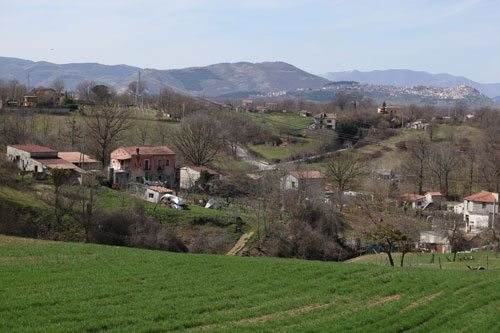 The view from Via Calatafimi, where many Padulas lived and died.

Gaetana’s father Domenico died in the house of her birth in 1890 at the age of 46. His father Maurizio Padula was a shepherd and so was his grandfather, Francescantonio, who may have the best name ever. That’s as far back as the records go and, considering Francescantonio would have been born around 1800, that’s not too shabby. Clearly more work remains to be done and filling up grandma’s family tree will take some time, but I think we are off to a respectable start. 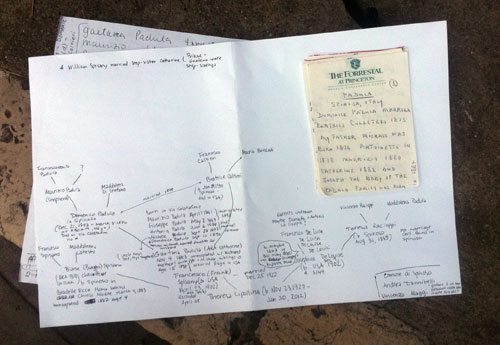 The family tree so far…