Italians traditionally celebrate Christmas with festive family feasts during which wine flows freely. But an increasing number of drinkers are turning to beer, as opposed to the classic vino, to pair with their yuletide spreads. Many of Italy’s hundreds of craft breweries make seasonal beers—and even spirits—for the holidays, drawing on local ingredients and Northern European traditions for their own unique creations. Here’s how some top Italian brewers get into the Christmas spirit. 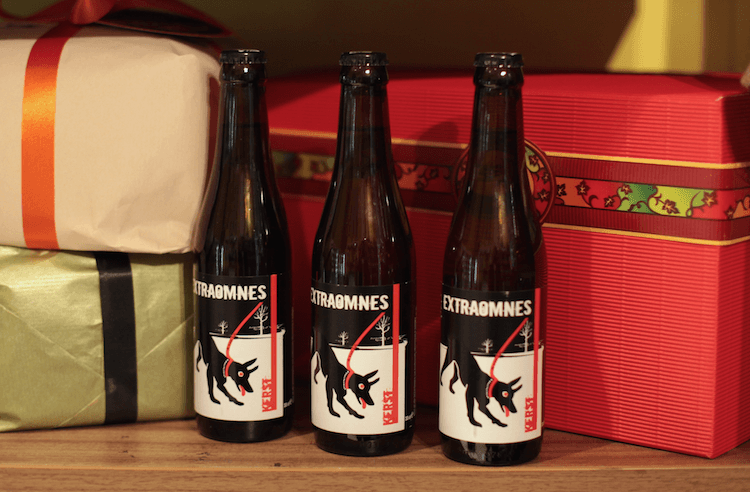 Kerst
Extraomnes
The Extraomnes brewery northwest of Milan is known for its style-driven beers, many of which are indebted to Flemish traditions. Kerst (the Dutch word for Christmas) is their seasonal beer brewed with apple marmalade. The steep 10.1% abv delivers a decisive heat alongside flavors of booze-macerated fruit, followed by a persistent bitter finish. Kerst pairs naturally with a cold winter night. 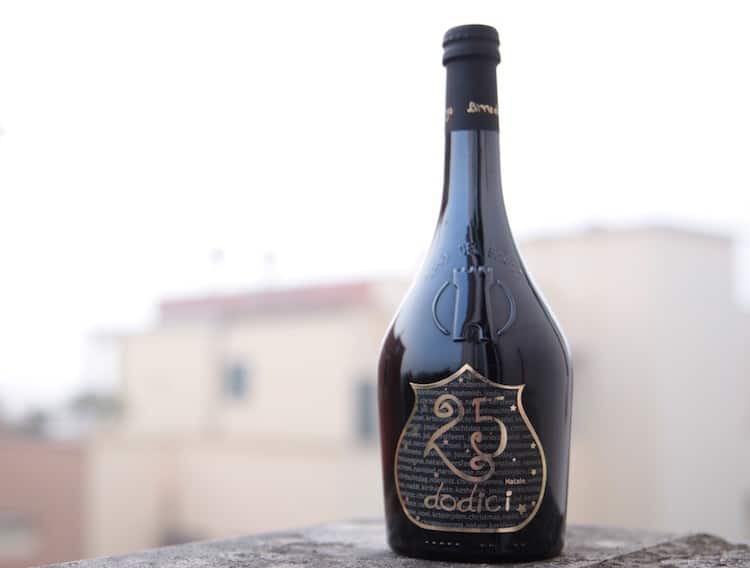 25dodici
Birra del Borgo
The name, an allusion to December 25 (dodici is “12” in Italian), anchors 25dodici firmly in the holiday season. Birra del Borgo’s vision of Christmas is a cocktail of complex flavors. 25dodici is brewed with raisins and orange peels, as well as a combination of German, Slovenian and American hops. The final product showcases aromas of pepper, coriander, chocolate, orange, and berries and flavors of caramel, red fruit, and malt, which nicely mask the 9.5% abv. Birra del Borgo releases special editions of 25dodici aged in oak wine or whisky barrels. 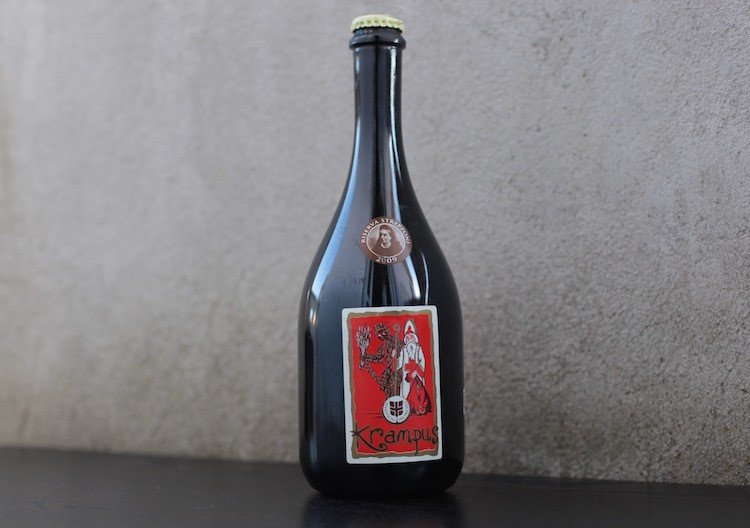 Krampus Strepponi
Birrificio del Ducato
Birrificio del Ducato’s Krampus, which is dedicated to a demonic anti-Santa figure, is rich in candied fruit, nutmeg, and cardamom flavors. Seeking to improve on his established Christmas ale, brewer Giovanni Campari inoculated it with Brettanomyces bruxellensis and lactobacillus bacteria producing initial results as unpleasant as Krampus himself. In time, however, the experiment proved successful and Krampus Strepponi, a sour ale, was even more complex than its predecessor, with flavors of leather, cherry, star anise, citrus, and caramel. 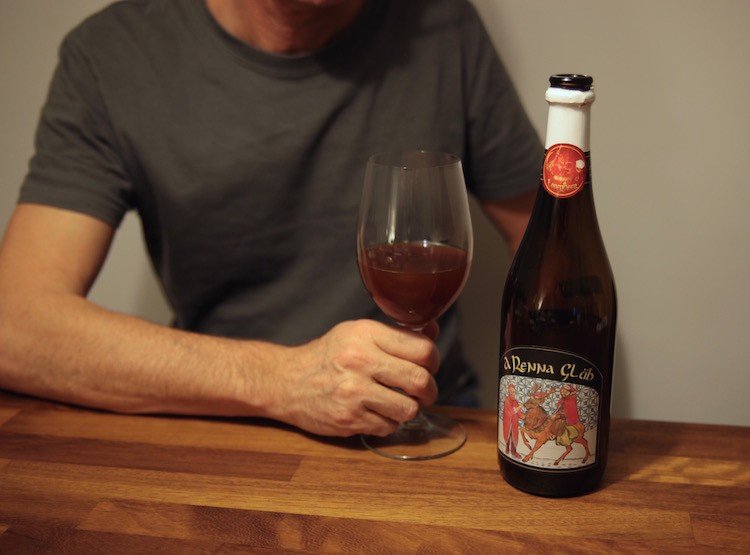 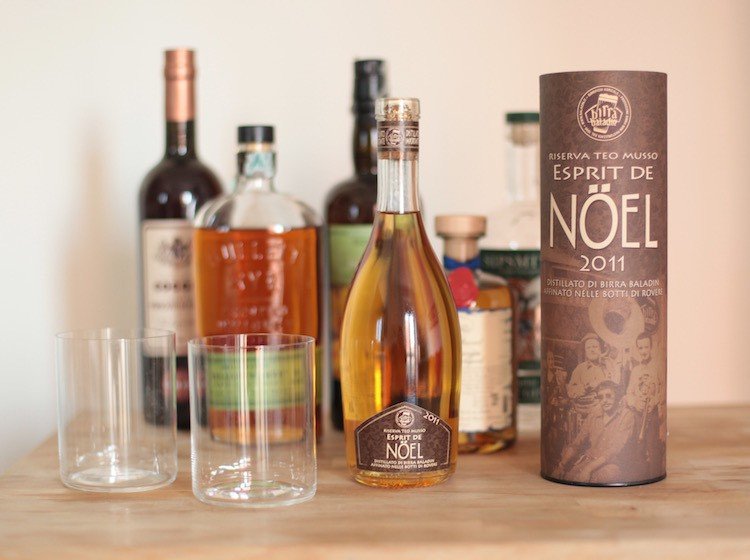 Esprit di Nöel
Baladin
Each year, Baladin brews a Christmas beer aptly dubbed “Nöel”. Though recipes change from one vintage to the next, Nöel always asserts wintery flavors like chocolate, coffee, and dried fruits, making it a logical pairing for chocolate desserts and Christmas fruitcakes. Esprit di Nöel, which is made in collaboration with Piedmont’s Villa Rosati distillery, is distilled from the 2011 vintage of Nöel, which is aged in oak barrels, imparting woody aromas. Its 40% abv makes it a fitting substitute for grappa at the conclusion of a Christmas feast.