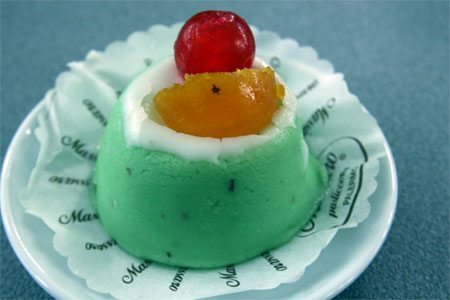 Cassata siciliana is a classic Sicilian dessert made by combining ricotta, pan di Spagna, candied fruit, and marzipan. These elements sweetly unify over two thousand years of Sicilian culinary history in one shot. Ricotta has been produced since Roman times and the sugar added to it was brought by Arabs in the ninth century (along with the citrus that would later be candied in the Baroque age). The marzipan, too, is an Arab recipe and Pan di Spagna came with Spanish dominion on the island (though it was originally a Genovese recipe).