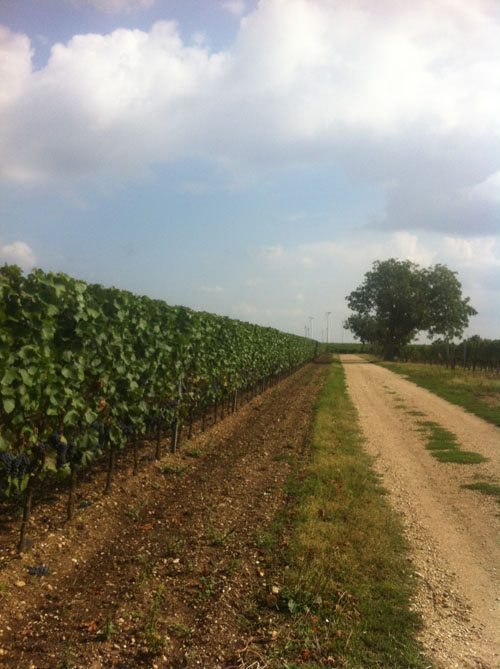 I thought the Germany-Italy culture shock was extreme. Then I visited Austria. For nine days, I drank and ate my way through Styria, Burgenland and the Wachau (more on the former in a future post) with Hande and Theo. Each of these wine producing regions is vastly different, but all are equally civilized, clean and tourist friendly. For example, there are maps. Everywhere. Laminated ones on picnic tables in the vineyards, even. And there are well-stocked wine shops sponsored by local governments. And there are signs and all sorts of things that point you towards wineries and then when you get there they are open for tastings! Long story short, Italy’s wine regions should take notes.

All this organization meant that while we were in Burgenland, we had more time and brain power to devote to hiking through vineyards, slathering bread with chicken liver pâté, sipping Blaufränkisch and eating fried chicken.

Burgenland is in eastern Austria and our base was Gols. Perhaps this is not the most picturesque part of the country (understatement) but I totally get the appeal. Hande and Theo have been going every September for a decade for the annual release of Pannobile, a wine made with indigeneous red grapes like Blaufränkisch and Zweigelt. Together, with our friends Nicky, Oliver, Astrid and Kai they have forged lasting relationships with the winemakers of Gols. 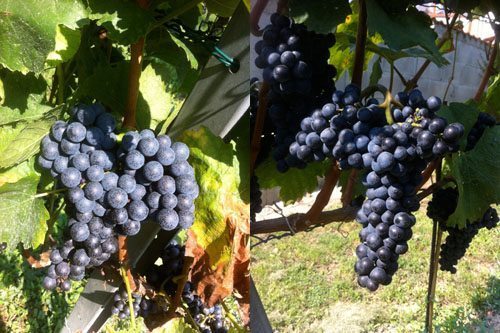 A group of nine producers in Gols, equal parts eco-conscious and business-minded, has banded together to promote Pannobile and they host parties and tastings at their wineries to celebrate its release. This year saw the arrival of the 2011 vintage. 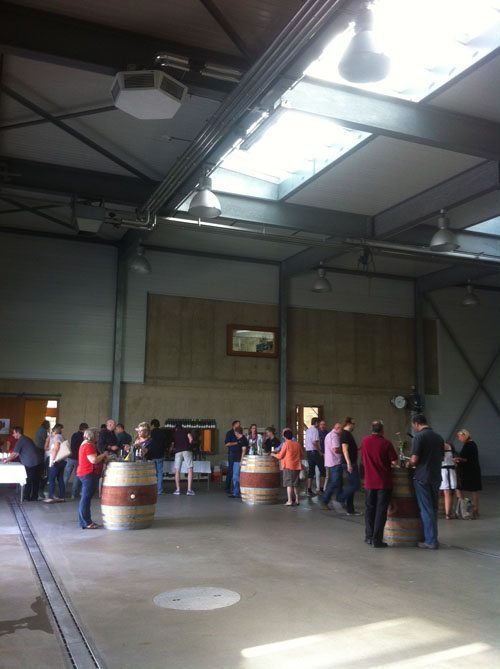 Between tastings at Heinrich, Paul Achs and Claus Preisinger, we wandered through the neatly planted rows of grapes, which will be harvested in the coming weeks and months. 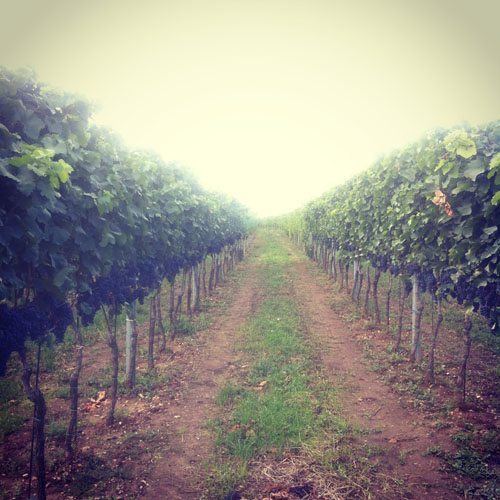 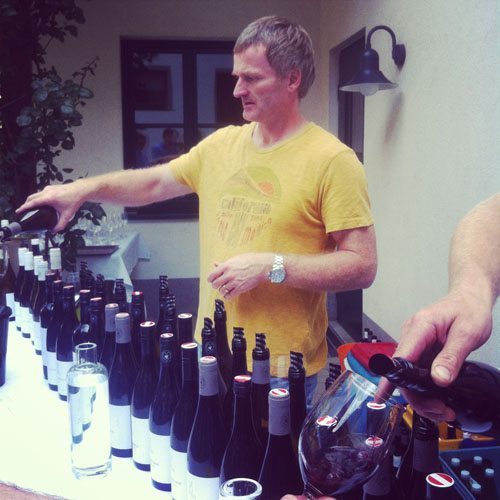 …Including a lovely rose, a rarity in Burgenland. While he poured and we tasted, his kids sat nearby selling bottles of grape jelly their grandmother had made. 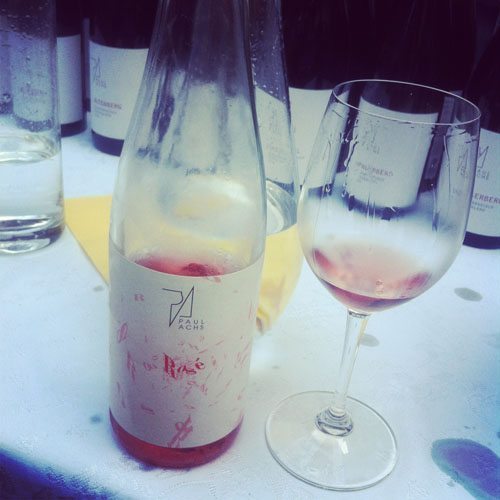 Later, we paid a visit to Elisabeth Rommer across the street from Achs. While she is not a Pannobile producer, she was hosting a tasting and graciously spent an hour with us describing her experience in the region and the challenges of entering the business as a Catholic woman in a Protestant, male dominated society. When she stared out two decades ago, Gols’ wine scene wasn’t nearly as open and progressive as it is today. 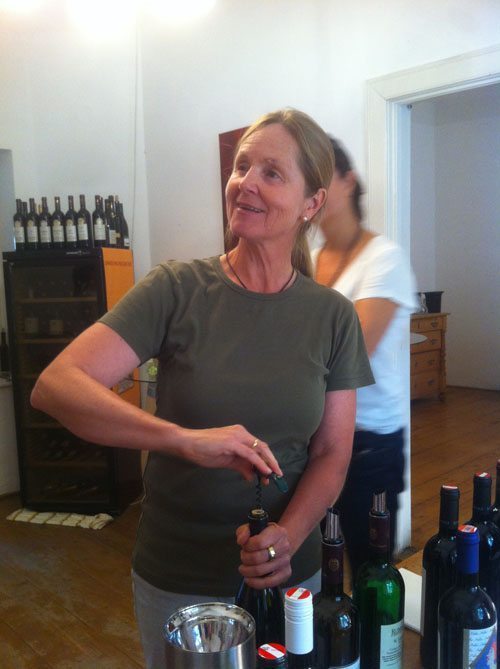 In fact, it is one of the most modern wine regions I have ever witnessed. Many of the wineries look like bizarro space ships hovering over the vineyards. Their contemporary architecture isn’t just an aesthetic choice, but rather part of an ecologically sound design which uses solar power and natural insulation in order to fuel, heat and cool the facilities. Gravity is chosen over pumps during the wine making process. In many cases, screw-tops are favored over cork.

But these green choices in Burgenland aren’t don’t come from a smug or pretentious place. They are simply the product of a culture that considers the environment. European Union investment in the region was key to financing these low-impact wineries. 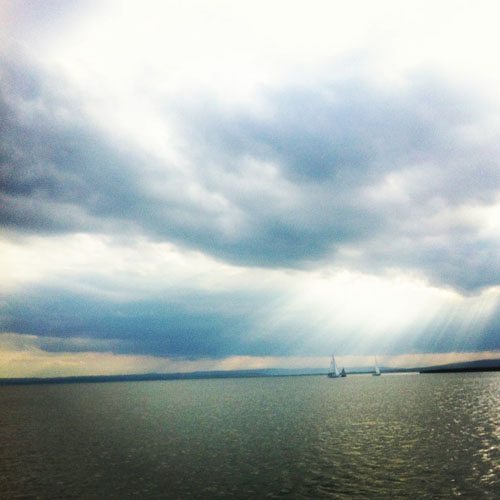 In addition to all these lovely wines, Burganland also has a fantastic food culture. The slightly eerie and very shallow Lake Neusiedl provides zander and catfish which are used in soups. 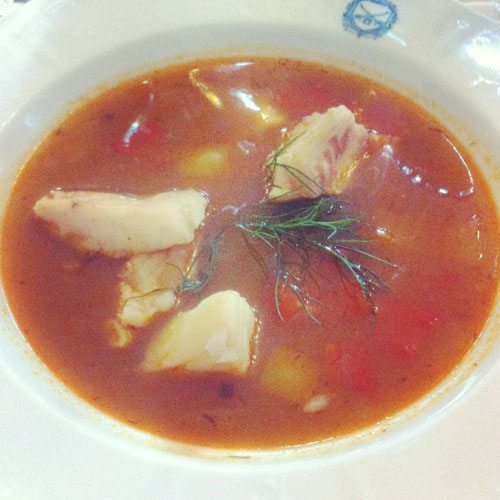 The Steppenrind heritage breed of long horn cattle is served braised to perfection at Dankbarkeit in Podersdorf. 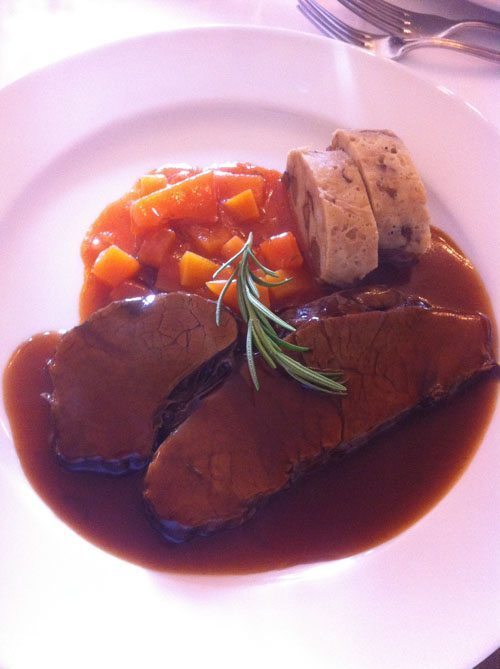 Dankbarkeit is also famous for its chicken liver pâté served with brioche. 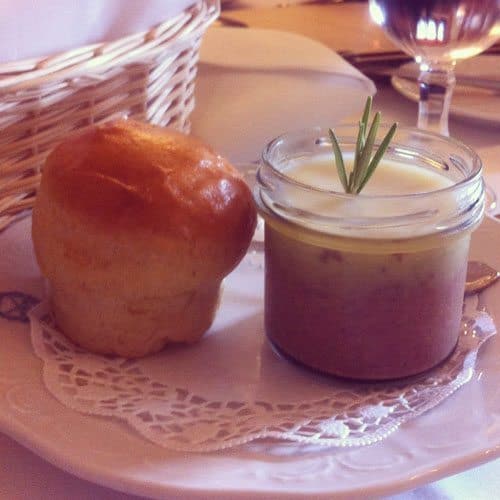 The cellar at this place is particularly suited for drinkers interested in old vintages. 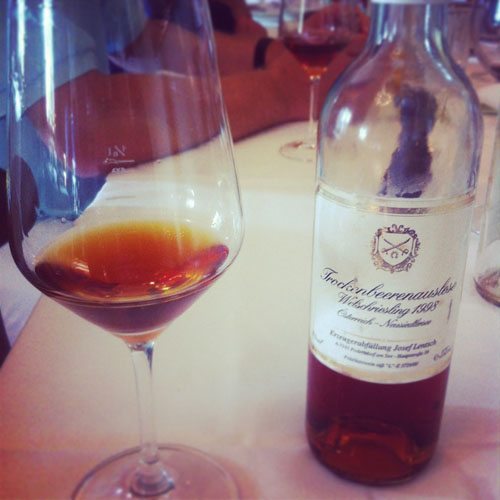 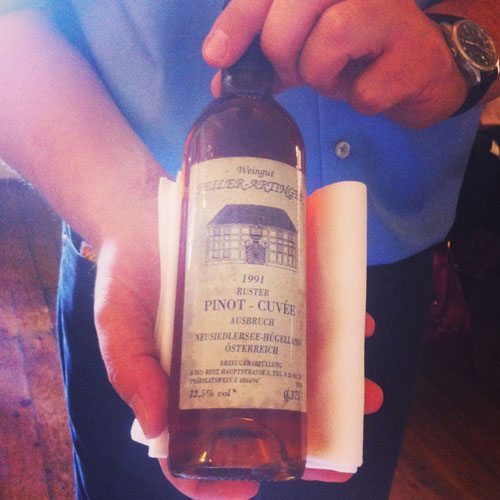 The Birkenhof Hotel is famous for its fried blood sausage. 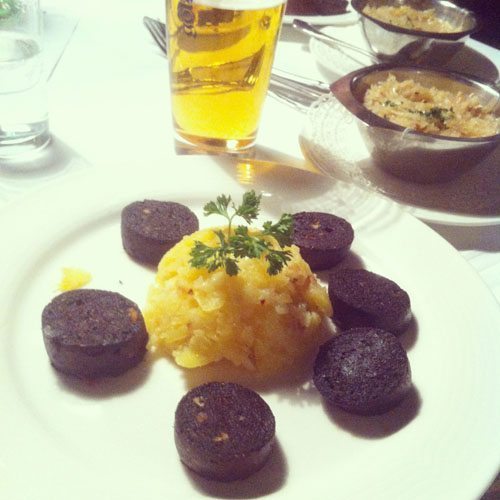 Their fried chicken is another house specialty. 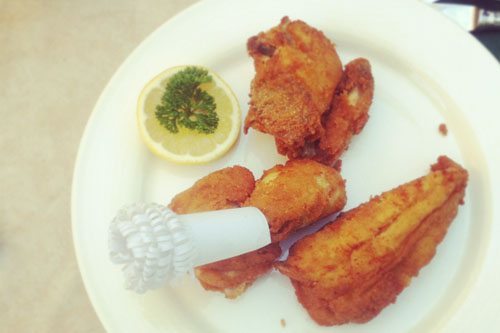 But perhaps the most surprising and definitely the most delectable local products are Erich Stekovics‘ heirloom tomatoes. Intense research, a seed bank of over 3,200 species and an ideal microclimate are a recipe for flavorful fruits of every imaginable flavor, color and texture. I dare say they rival tomatoes from my dear Garden State. 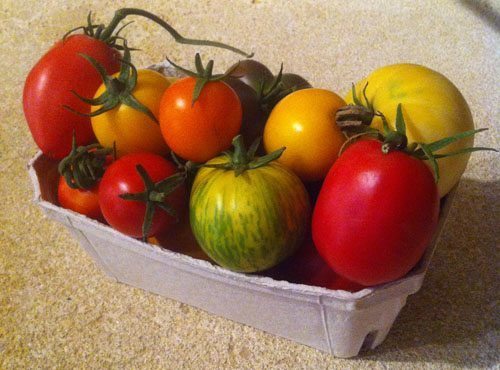 I know this is a controversial statement coming from a Jersey girl. But I wouldn’t make an outrageous claim if it wasn’t true. And Burganland’s surprising tomatoes are a reminder of just how climate and soil driven agriculture is and this comes through loud and clear in the region’s food and wine. 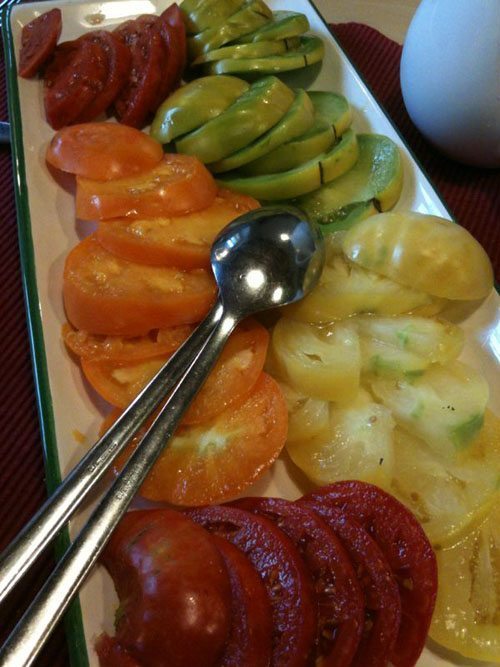