Skip to content
Home/Eataly Roma is Taking Shape
Previous Next 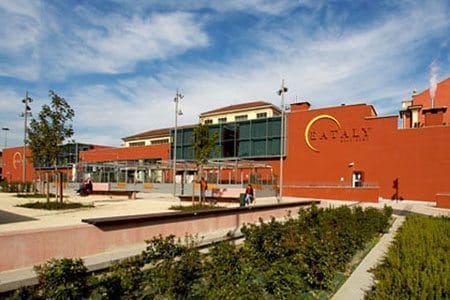 I’m not crazy about Eataly’s imminent arrival in Rome and, until recently, it was easy enough to write off its opening as a distant or improbable event. But yesterday, the Corriere della Sera reported on Regione Lazio President Renata Polverini’s visit to Eataly in Manhattan. She announced that from December 15-January 15, products of Lazio will be spotlighted at the Italian-American food megastore. Recently, too, founder of Eataly Oscar Farinetti followed up these comments, stating “On December 9, 2011, we will open Eataly in the Air Terminal Ostiense, which will be composed of 14.300 square meters (153,924 square feet) of space, including 14 restaurants, one of which will be dedicated to the cucina romana and another of Michelin-star quality, 10 teaching areas, and a conference hall. Fifty-percent of the products on display will be from Lazio because the specialties of this region are not appreciated as they should be. I’m convinced we will do a great job.” And so Polverini and Farinetti have further solidified relations between the city of Rome, the region of Lazio and the Eataly group.