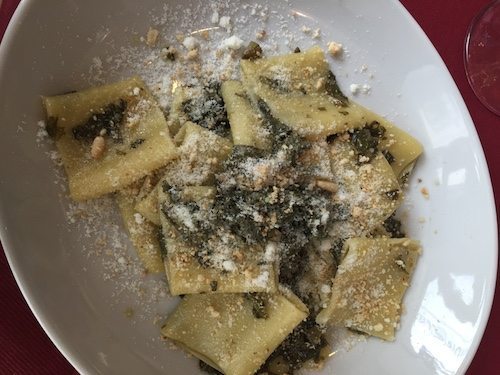 When Enoteca Provincia Romana opened four years ago just off Piazza Venezia, local guides rejoiced. Finally, there was a place near the Roman Forum where one could go for a decent meal, plus it offered a view of Trajan’s Column and the Altare della Patria to boot. The food was good, but not flawless, and the place rarely respected its published opening hours. In that way, it was like a lot of dining venues in Rome. But what made it unique was its strict use of local products. Since Enoteca Provincia Romana was sponsored by the Provincia di Roma (county of Rome), the private company that ran the kitchen was obliged to use hyper-local goods. Even the bottled water was sourced from a nearby spring. 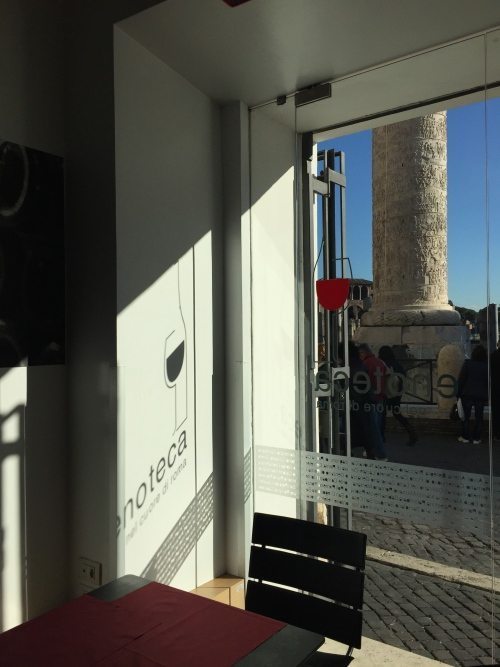 Then, earlier this year, Enoteca Provincia Romana suddenly closed. Its floor-to-ceiling windows revealed a sparsely furnished, inactive interior. It was a sad six months for Roman locavores. But EPR is back in business and its manager is chef Marco Pasquali of the spectacularly delicious Osteria Iotto in Campagnano di Roma. Arianna Salvi, the former sous chef at Iotto is running the kitchen. 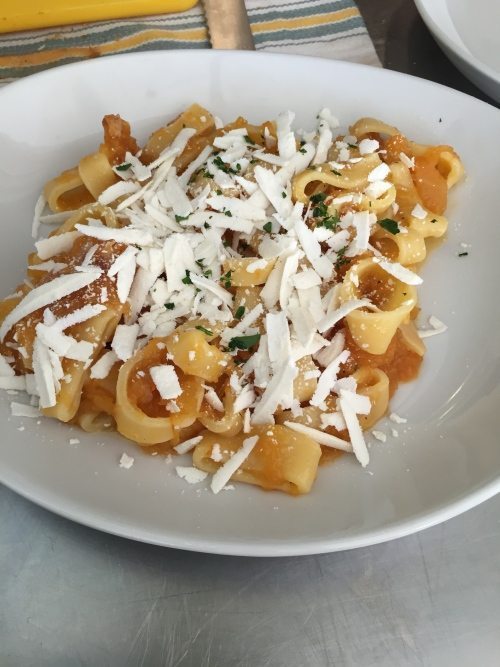 Service starts daily at 7:30am when pastries and coffee are served. Starters, pastas, mains and vegetable side dishes are served non-stop from around noon until 10:00pm or so, offering a rare opportunity to eat outside the standard Roman dining hours. In this new incarnation of Enoteca Provincia Romana, the ingredients are still all local and produce comes from a farm at Rebibbia prison in Rome. The menu is shorter than it used to be (a few starters, 4-5 pastas and mains, 3 sides) and focuses on traditional dishes (like amatriciana, gricia, and cod with pine nuts and raisins) and seasonal, vegetable-driven dishes (like paccheri with broccolletti and calamarata with pumpkin). 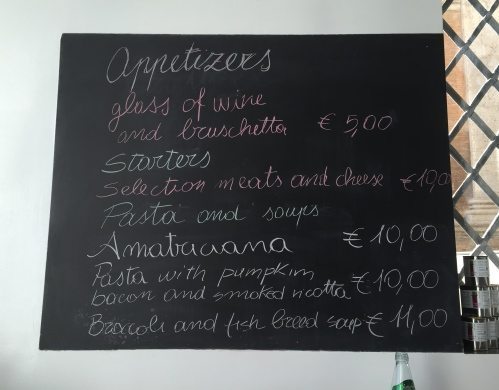 The place is too young for a proper review–it opened in early November–but the menu and management are promising. Taste for yourself and report back! 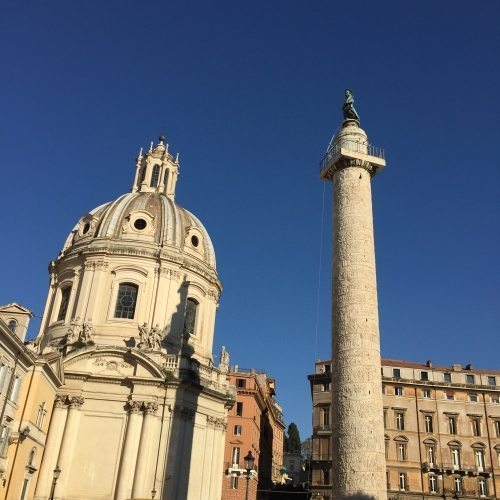