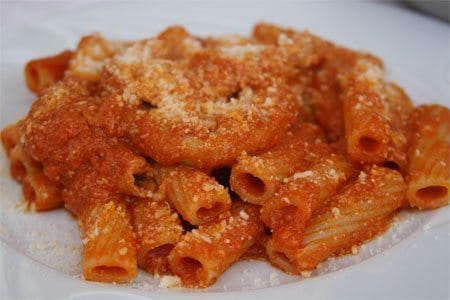 Offal lovers of the world rejoice! Yesterday, the European Union lifted a 14-year ban prohibiting the sale of veal pajata (the intestines of suckling calves) and other internal bovine organs, a prohibition passed in the wake of Mad Cow Disease. Rigatoni co la pajata (veal intestines cooked with tomato sauce and served with rigatoni and Pecorino Romano) and pajata alla piastra (seared intestines) were always available from butchers on the black market and some restaurants served them in violation of the law. But for the past decade and a half, most of the pajata served in Roman trattorias came from lambs rather than the traditional veal. 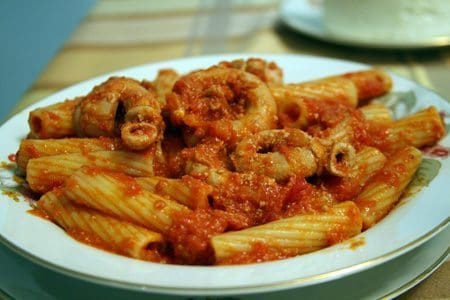 Veal and lamb pajata is similar enough; the upper intestines of the suckling animal is tied off and cooked, allowing the mother’s milk to curdle and cook inside the casing. The result is a sort of ricotta-like filling. The absolute best places in town to try this fabulous Roman delicacy (which is in season in the spring when the intestines are small and tender) are Armando Al Pantheon, Cesare al Casaletto, and Flavio al Velavevodetto. 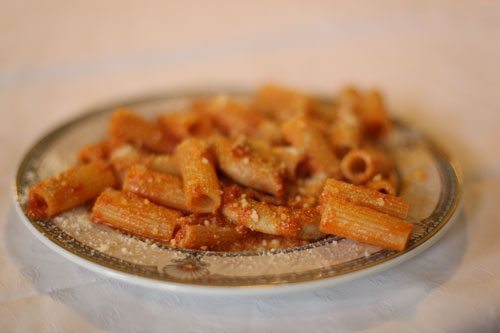