In Rome, A Gelato Workshop With the Master 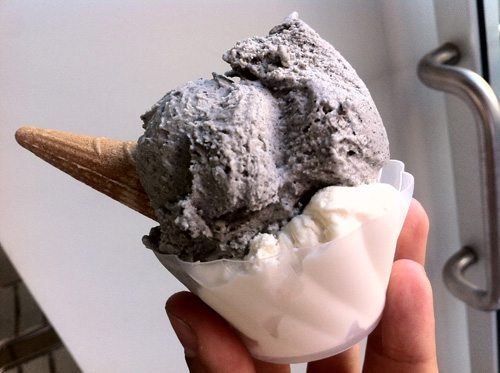 Experiential food tourism is a growing trend in Rome right now. Not much of it is particularly worthwhile and the majority of it is led by amateurs. There is at least one major exception to the rule: Rome’s gelato master Claudio Torcè is now giving hands-on gelato courses in the basement of his shops on Via Stoccolma in EUR.

Now when I say basement, banish the idea of a dim and musty cave. Torcè has created a bright workshop that feels like home. The initiative is called “Il Gelato a Casa Tua” (gelato at your house) and the space was created to reinforce the fact that even novices can make all-natural gelato with simple equipment and materials. You can see for yourself on former Parla Food intern Adrienne Foley’s blog.

During the three-hour workshop, participants take turns weighing ingredients, making pistacchio paste, toasting herbs and generally preparing the raw materials. The final step is eating it the gelato they make in a small but efficient machine. I had the joy of bringing a dozen university students to make gelato with Claudio last semester and I can say first-hand that the workshop is an outstanding opportunity to learn the craft from the master. To arrange an “Il Gelato a Casa Tua” workshop or request more information, write to Claudio here.