Skip to content
Home/Istanbul's Fauna Relocates to Bozcaada
Previous Next 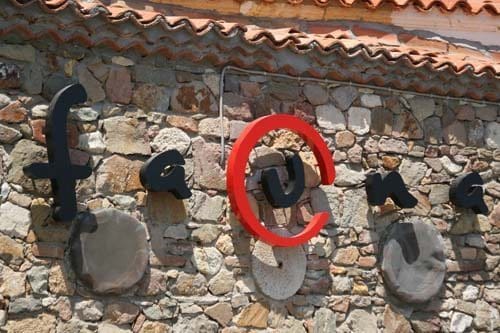 Fauna, Ibrahim Tuna’s famed Italian-style restaurant, closed its doors in Istanbul’s Kadikoy district in spring 2010, much to the dismay of local gastronomes who clamored for a spot at the 5-table establishment. Fauna fans can rejoice, as Tuna opened a new branch on the Aegean Island of Bozcaada last month, a mere 400km southwest of its original location. Ok, so maybe that’s a bit of a commute. But Bozcaada is spectacular and Fauna is an exciting new addition to the island’s dining scene. 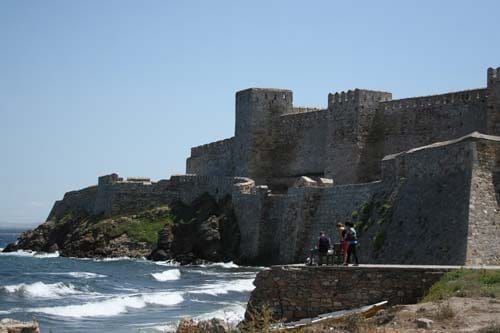 The view of Bozcaada Castle from Fauna.

Fauna’s setting is marvelous, just steps from the sea, and with views of the nearby castle. A dozen or so tables fill the open kiosk in front of the boutique Kaikias Otel. Jazz notes emanate from the stereo and mingle with the sound of crashing waves as Tuna works on his own in the kitchen, carefully preparing each dish to order. 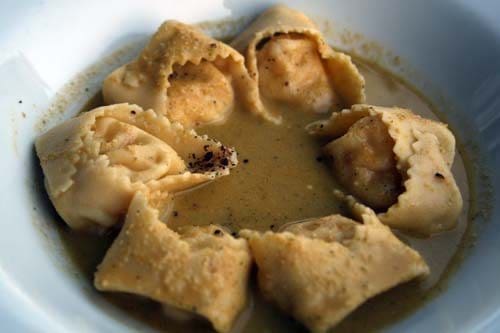 The daily specials are written on a chalkboard on the bar and they include a variety of salads, homemade pasta dishes, some fish, and desserts (also homemade). I paid a visit last week and had absolutely exquisite ravioli stuffed with the local rock lobster. The sauce was a thin and slightly citrusy chickpea puree of sorts. It was like nothing I have ever had or would expect to find in Italy, but the pasta was cooked to perfection and the flavors and textures of the dish were all perfectly in harmony. I paired the ravioli with a locally produced white wine by the new Amadeus vineyard. There is an ample selection of local red, white, and rose’ wines from the island.