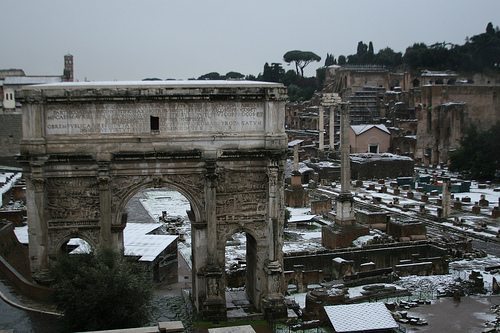 UPDATED FOR 2019/2020! There is a widely held misconception that during the Christmas and New Year’s holidays, Rome’s restaurants shut down and people who don’t have the luxury of eating at home are left to scavenge for food wherever they can get it. While one should expect some venues to be closed and many to embrace limited hours, visitors to Rome can eat very well during the holidays. It just requires a bit of planning.

Be sure to call all venues well in advance. While the openings below have been confirmed multiple times, non si sa mai (you never know what can happen)!

For street food and bakeries, Antico Forno Roscioli, Pizzarium and Panificio Bonci are all open on December 24 and 31, but they’ll be closing earlier than the usual (between 4pm and 6pm).

For international cuisine, try Mesob, which will be open throughout the holidays upon request. Fine dining lovers should check out Pipero, which is open for lunch and dinner throughout the holidays (except for Sundays). It is also worth noting that many Kosher restaurants in the Ghetto will be open on Christmas Eve and Christmas Day. Nonna Betta is the best of the lot. It is open on New Year’s Eve, and New Year’s Day, too.

Il Goccetto is open until 8:30pm on Christmas Eve day and New Year’s Eve Day, it’s closed December 25 through 28 and on January 1, but during the holidays they are open on Sundays, their traditional closing dayi. Open Baladin will be open throughout the holidays on a limited schedule: noon to 6:00pm Christmas Eve, 6:00pm to 2:00am Christmas Day. On New Year’s Eve and New Year’s Day they are open all day. Check out Ma Che Siete Venuti a Fa’ in Trastevere and Osteria di Birra del Borgo in Prati pages for updates on their opening hours.

A heads up to Cesare al Casaletto fans, the trattoria is open on Christmas Eve, Christmas Day and December 26, but will be closed from December 27 through January.