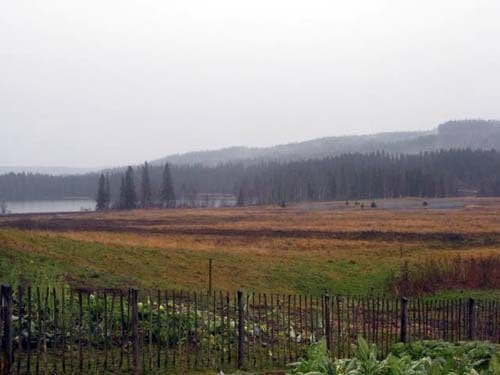 Today’s guest post comes from Brette Warshaw, a student at UPenn who has spent the last semester studying in Rome and cultivating her intense interest in all things edible. She is an eater, a traveler, a feeder and a writer and when she is not scouring Rome, London, Philly, or NYC for good eats, she she works for Food52 and blogs at Small Kitchen College. Recently Brette took a trip to Fäviken, which is my #1 culinary goal for next year. In the meantime, let’s live vicariously:

We arrived at Faviken with a declaration: “We’re hungry.”

After flying from Copenhagen to Stockholm to Ostersund and driving another hour to the tiny town of Jarpen in northwest Sweden, this made sense. (There was also a pig being butchered in the window, the massive, fatty leg waving “hey” right along with the sous-chef. If snowy-white pig fat isn’t enough to induce hunger, then I don’t know what is.)

My father and I were on our annual food trip, the one week a year in which we relinquish normal human eating habits and spiral into full-on gluttony. (Our previous meal had been a twenty-plus course bonanza at Geranium in Copenhagen. We had – gasp! – skipped breakfast.) This year’s destination? Scandinavia. This year’s most-anticipated meal? Faviken.

It was 2PM, and Johan, Faviken’s manager/ co-owner/ sommelier/ gardener/ waiter/ groundskeeper/ all-around Renaissance man, smiled: “We’ll try to dig up something for you.” Anywhere else, I would have thought he was kidding. Here, I wasn’t so sure.

Faviken Magasinet is located on thousands of hectares of woods, meadows, and bodies of water, meaning that they try to source as many ingredients as they can from the land around them. They legitimately dig up vegetables from their yard. They fish trout from their streams. They shoot game in their forest. Only their sugar, salt, vinegar, and wine are from outside the region.

Even our lunch – our “simple lunch,” as Johan put it – was a revelation: crunchy, doughy, barely-gummy bread hot out of the oven, hard cow’s milk cheese, eggs, and butter. All were multiples of their normal selves: hyperbolic. We commented on how the butter was tangy, almost cheese-like; turns out it’s been aging in the cellar of a Swedish mountain couple since July.

After lunch, Johan asked us: “Want to come back into the kitchen and watch us butcher a pig?” Our response: “Yes please.” 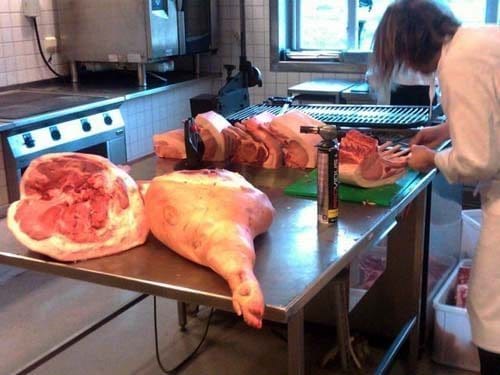 So my afternoon at Faviken was spent with a dead pig, a glass of red wine, and patient, soft-spoken, genius chef Magnus Nilsson. We discussed his time as a chef in Paris, his kids, his love for Swedish meatballs. Could this place get any better?

Yes, it could. Dinner.

Dinner at Faviken starts off on the bottom floor of the dining barn, a cozy room filled with couches and lit by the glow of a roaring fire. We were given a series of “snacks,” one after the other: wild trout roe and pig’s blood cream and wrapped in dried pig’s blood, slices of aged trout, warm, milky cheese that had been made six minutes before. All, of course, were served with champagne.

Next, all diners – all twelve of us – moved upstairs to the dining room. This was not a normal dining room. There were dried animal carcasses hanging from the ceiling like paper crepe at a birthday party. It was awesome. 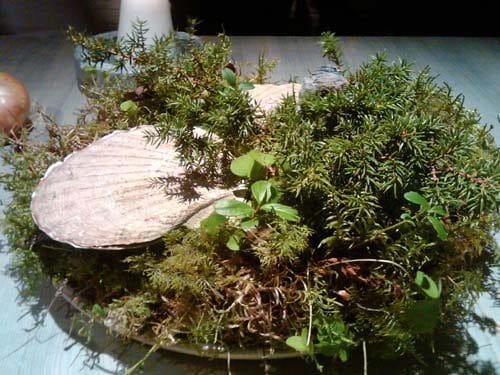 Here was where the magic happened. Here was where I ate a scallop out of the shell with my fingers, blushing because it felt so primal, almost vulgar. Here was where I dug thimble-sized carrots out of a smoking pile of leaves and dragged them through a fist-sized lump of “really good butter” (their words, not mine). Here was where Chef Magnus and his sous-chef sawed a massive shin bone open – with a hand saw, back and forth – to get to the marrow. They spooned it into bowls and topped it with diced raw beef heart and shaved turnip. We ate it on toast. The earth moved.

Dinner concluded where it started, sinking into the cushions of the couches downstairs. We poured glasses of Faviken’s homemade liqueur – wild berry, duck-egg, and sour cream – and toasted to Johan, to Magnus, to each other. And then we headed to our room at the cottage next door to sleep it off. We couldn’t wait for breakfast.