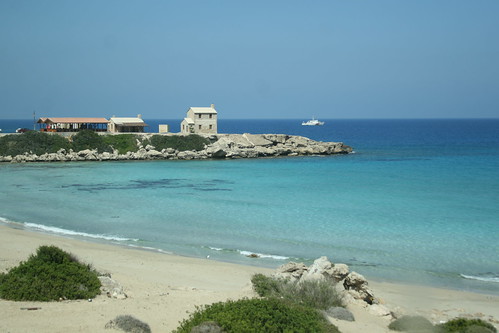 We spent our last two days in Cyprus on the Karpaz Peninsula, the long stip of land that stretches northeast towards Syria. Perhaps it would be more accurate to say we spent most of the penultimate day driving to Karpaz from our base in Girne (aka Kyrenia), trimming the island’s northern coast to the very end. Upon leaving Girne we received some questionable travel info from patrons at the gas station. One told us the trip would take 45 minutes (off by 4 hours) the other told us to bear left when the road forked (this led to some mildly terrifying off-roading through a construction site; In hindsight, that “Do Not Enter” sign wasn’t a suggestion after all). 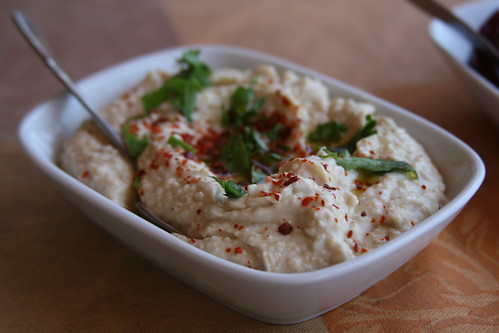 After a few hours in the car, we stopped at Alevkayalı, a reastaurant just east of Yenierenköy, for mezes, şeftali kebabı, and grilled fish. The place was perfectly pleasant, perched above the sea, with views across the bay to the Ayios Thyrsos church complex. After lunch we drove for another hour or so until we reached the park at the end of Karpaz.

When you enter the park gates, go easy on the gas, as you are sure to encounter donkeys in the road. They just sort of stand there until they are good and ready to move. There are around 500 wild donkeys on the Karpaz peninsula, apparently the offspring of Greek donkeys that were let loose when their owners were relocated to southern Cyprus in 1974. 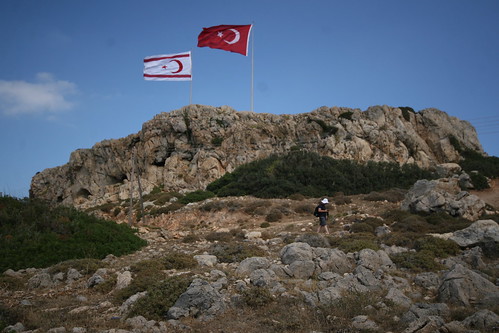 Donkeys permitting, you can drive all the way to the end of the peninsula, where a rock carries the Turkish and Turkish Cypriot flags. 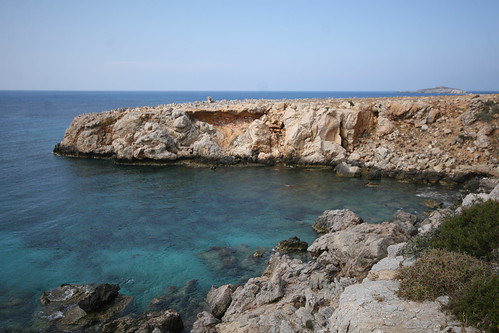 When we got to the end of the Karpaz Peninsula, we hopped out of the car and peered down at the turquoise water. Upon closer inspection we saw the surf was quite polluted with trash, so we held off on a swim until we backtracked to Golden Beach, over 5km of sand that forms a gently sloping crescent along the southern coast of Karpaz. We took a dip and enjoyed the nearly deserted beach. If there were 25 people spaced out over those 5km I’d be surprised. 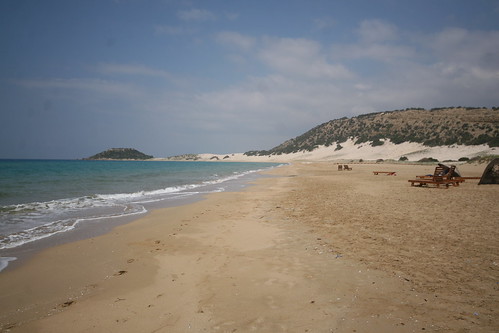 Backing the beach are sand dunes and rolling hills, among which there are wooden beach huts for rent. We chose the new beach bungalows at Burhan’s, €55 for a double, a small price to pay for a night near what must be one of the world’s most spectacular beaches.