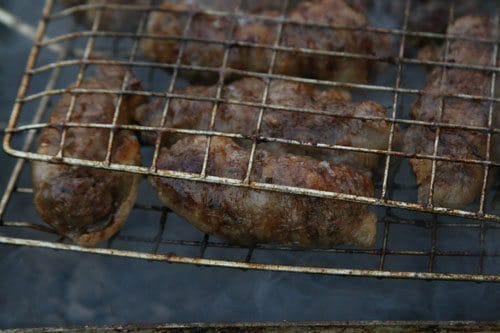 I just got back from a week in Northern Cyprus. A pair of food loving friends–one whose parents are of Cypriot origin–were married Sunday in a beautiful ceremony in Lefkoşa’s Buyuk Han. Many of the guests (including yours truly) had to work from the road, but we still found time to get together for meals. One of the most memorable was a BBQ at the groom’s uncle’s house. Two large grills were set up in the yard and the family cooked for 26 people. Among the items, and certainly the most life-changing, was şeftali kebabı. 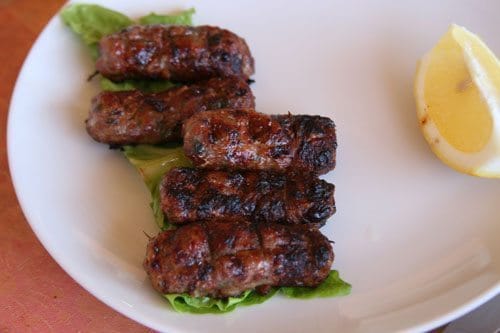 Though the rough translation of şeftali kebabı is “peach kebab”, there is no fruit involved. Instead, minced lamb meat is mixed with chopped onions, parsley and spices, formed into sausage like logs, and wrapped in the fat from a lamb’s abdominal membrane. As the şeftali kebabı grills over charcoal, the membrane donates its fat to the minced meat and takes on the consistency of a sausage casing. This land based delicacy is the highlight of the island’s rich cuisine.

Involtini alla Piazzetta: A Recipe for Easter from the Heart of Campania