Lucanerie and an Unnecessary Race Against The Clock 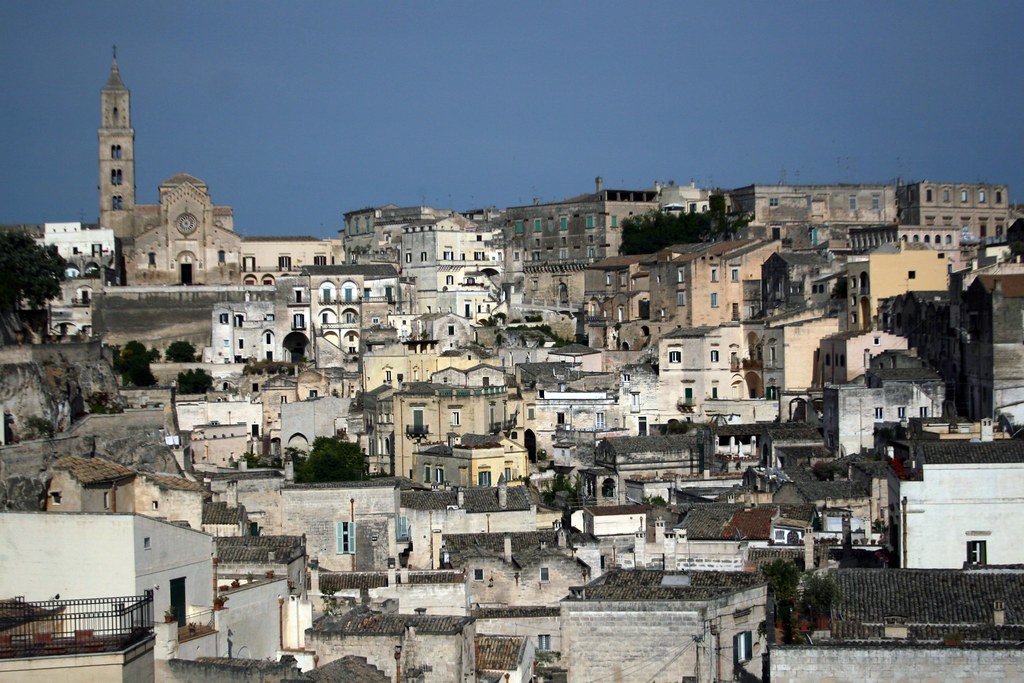 Yesterday I took the bus from Rome to Matera. Well, two buses, actually. Somewhere on the Campania-Puglia border, the first bus stopped at a gas station and passengers headed to Cerignola, Altamura and Matera were told to get out, collect our luggage and switch to another bus. The trip was long, with an interminable but picturesque detour deep into Puglia before arriving in Matera. After a nearly seven hour journey, the bus pulled up to Matera’s FAL station. It was 2:15pm. Food was a priority and I had to eat at Lucanerie, my favorite restaurant in town. Living in “the north” has conditioned me to believe that arriving at a restaurant any time after 2:30pm means being turned away. Harboring this fear, I hopped in a taxi and took the quick but pricey €9 trip to Via Santo Stefano, 61. I rushed in, frazzled, and blurted out, “am I too late for lunch?”. The server looked at me like I was nuts. “No dear, it’s only 2:30”. In other words, “Welcome to the south, Parla”. 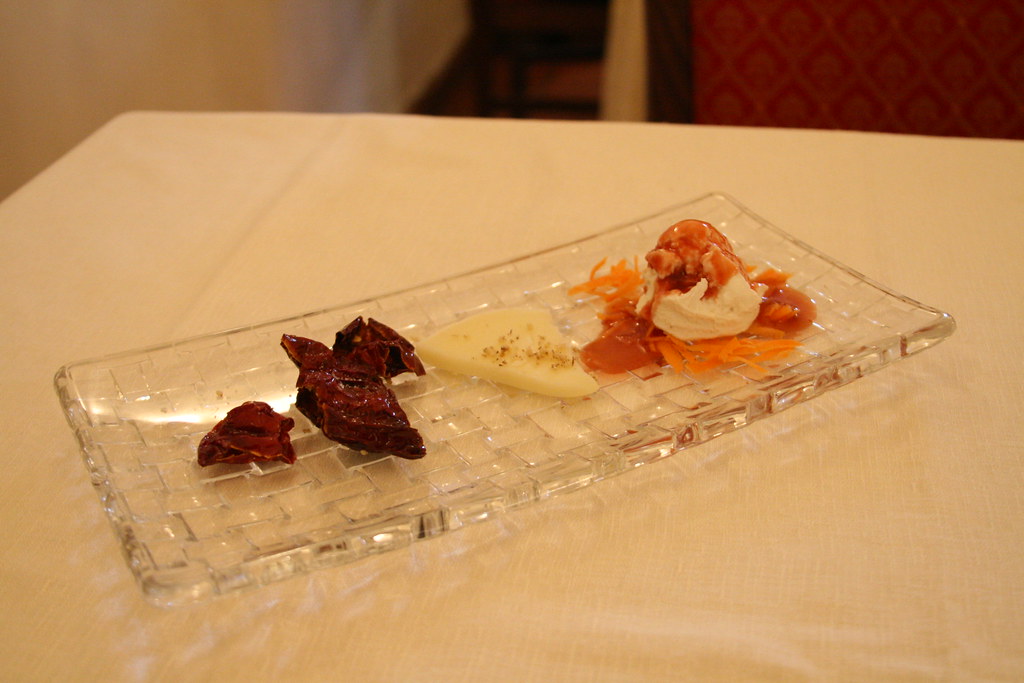 I sat down at a nice big table and within minutes, the house antipasto, seasonal mixed appetizers, started arriving: goat ricotta with strawberry preserves, caprino with walnuts, and peperoni cruschi (fried dried peppers) to start, and the plates kept coming. So did the customers, who walked into Lucanerie looking cool, calm, and collected as they asked for tables as late as 3pm. No one was turned away. 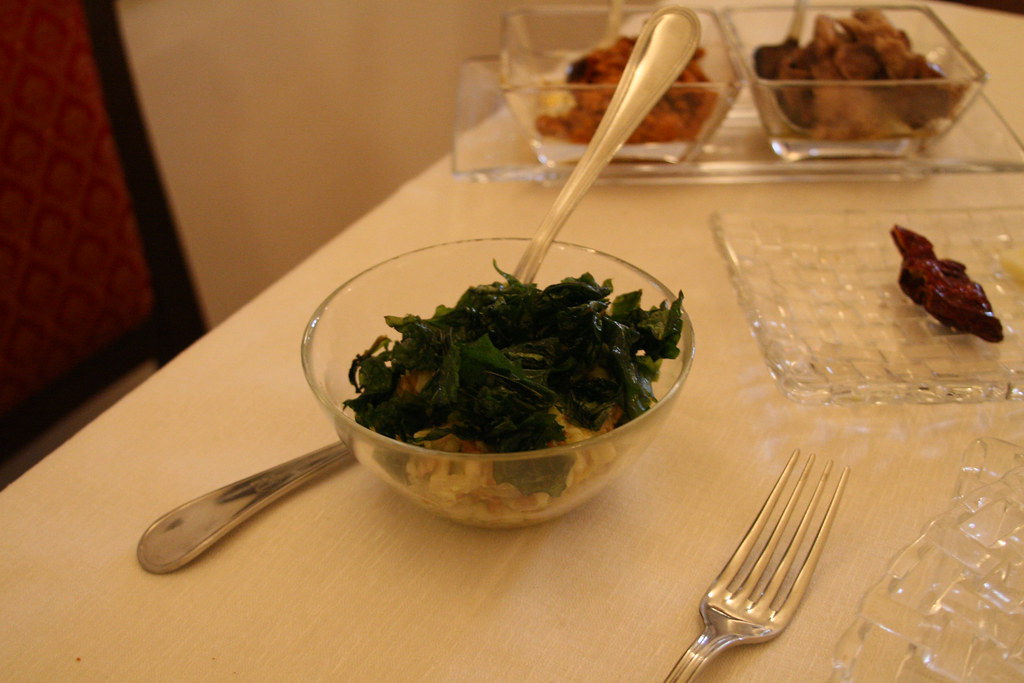 Grain and orzo salad with asparagus and crisp fried chicory.

Not having eaten much on the bus trip, aside from two enormous and most certainly genetically modified bananas purchased at Elite on Via Cavour the previous day, I was concered I wouldn’t be able to eat every course. After the eight-dish antipasto, concern turned to certainty. Though filling, at least it allowed me to try lots of local, seasonal dishes: the aforementioned items were followed by sausage with wild fennel, fava beans with chard, spinach with toasted almonds, boar with raisins and cooked figs, grain and orzo salad with asparagus and crispy chicory. 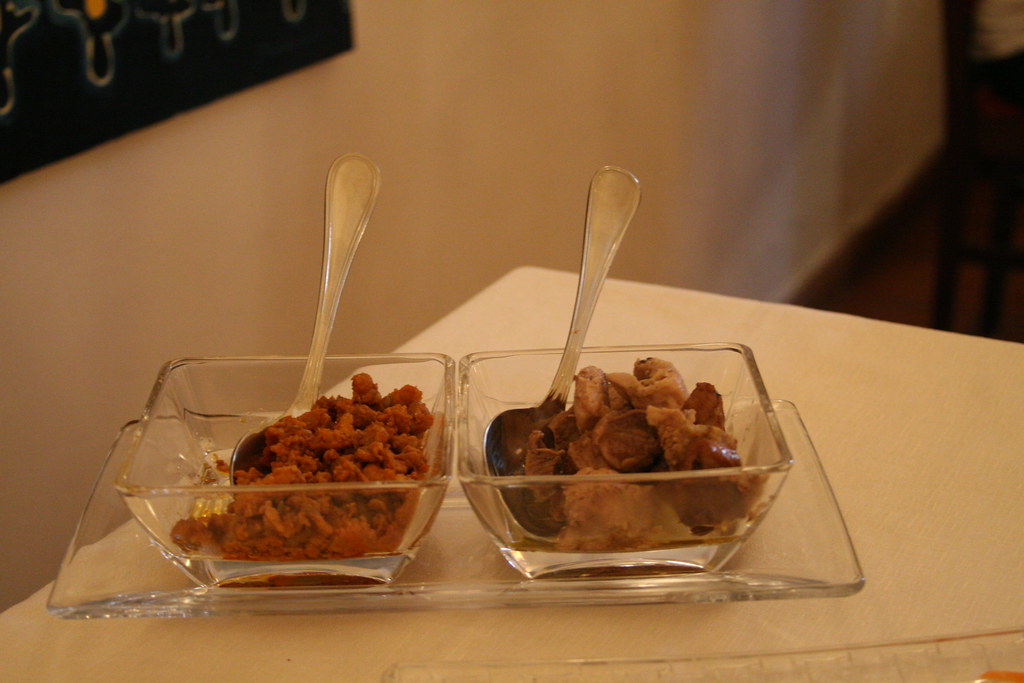 Sausage with wild fennel and boar with raisins and cooked figs.

I followed up the starters with another seasonal dish, cavatelli with zucchini blossoms, porcini mushrooms, and black truffles. This wasn’t stellar, as the tomato added to the sauce was too acidic. It would have worked better with a white sauce…and the cavatelli were overcooked. By then I was so deep into food coma territory (and a bit tipsy from Aglianico on an empty stomach), so I wasn’t too devastated. 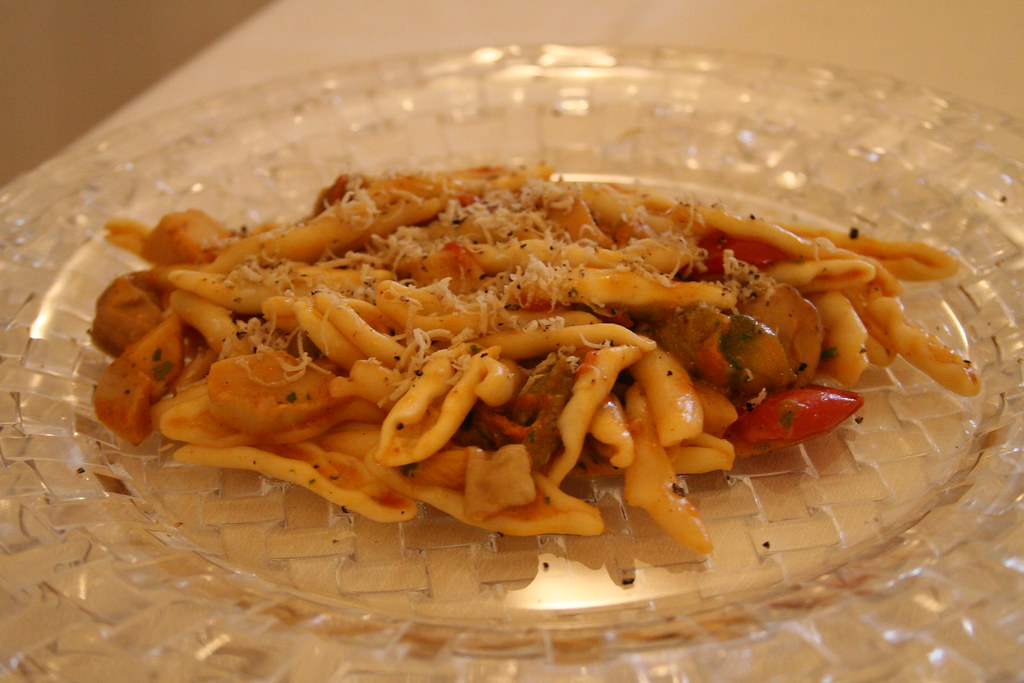 For dessert I ordered semifreddo ai fagioli di Sarconi e prugne, a frozen custard made with Sarconi beans (IGP) and prunes. This was a bit too stachy for my liking. Coulda, shoulda, woulda gotten the ricotta cake I had my first trip with Papa Parla back in the day. 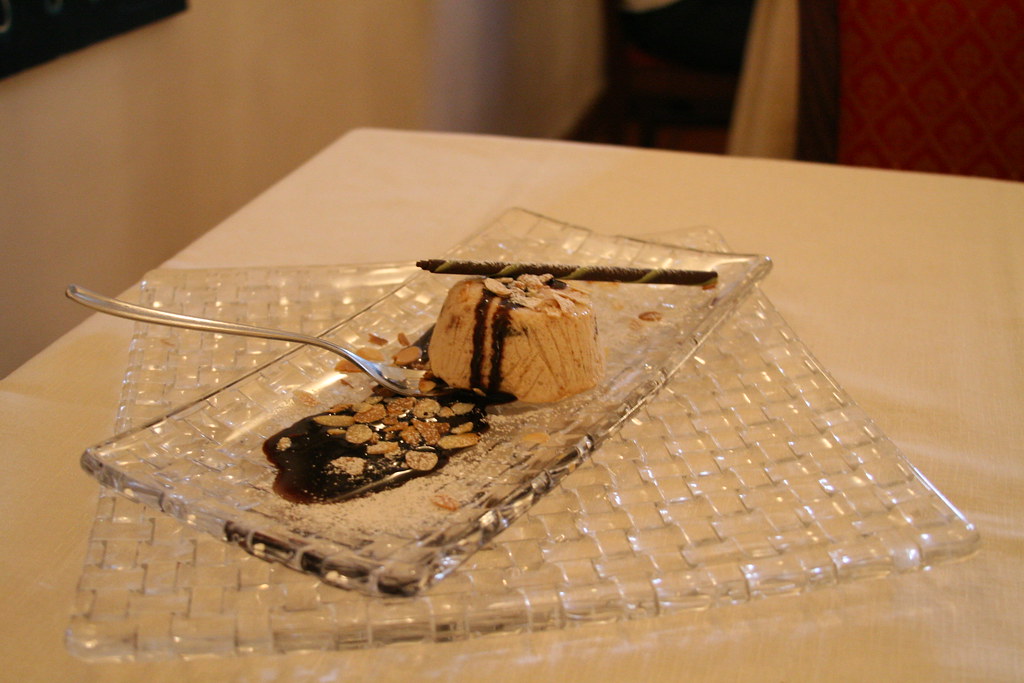 In the end, the huge meal came to €30 euros, including water and a glass of Aglianico del Vulture. Maybe it wasn’t the best meal I’ve ever had at Lucanerie, but the antipasti made the journey worthwhile, and I’ve traveled farther for less.