Mithraeum at Baths of Caracalla Reopens 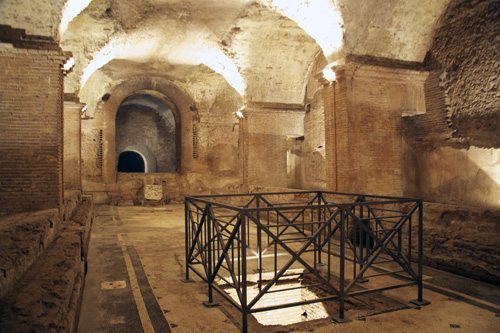 Last week, Mamma Parla and I joined my friends from Context Travel for a visit to the recently restored Mithraeum, a cult sanctuary, beneath the Baths of Caracalla. After being closed for over a decade, the site is open to the public through January 6, 2013. After the initial scare of not being able to go inside because the electricity was out, fiat lux! With the restored illumination, we were led beneath the northwestern side of the bathing complex and spent 45 minutes being guided through the Mithraeum.

There are dozens of Mithraic sanctuaries in and around Rome (with a particularly high concentration at Ostia Antica). But in spite of their number and relatively good state of preservation, we don’t know much about the cult of Mithras. Of course you can open any guide book or listen to most tour guides (including our guide that day) and they will rattle off a long list of facts about Mithraism, all of which are debated or dismissed by scholars. 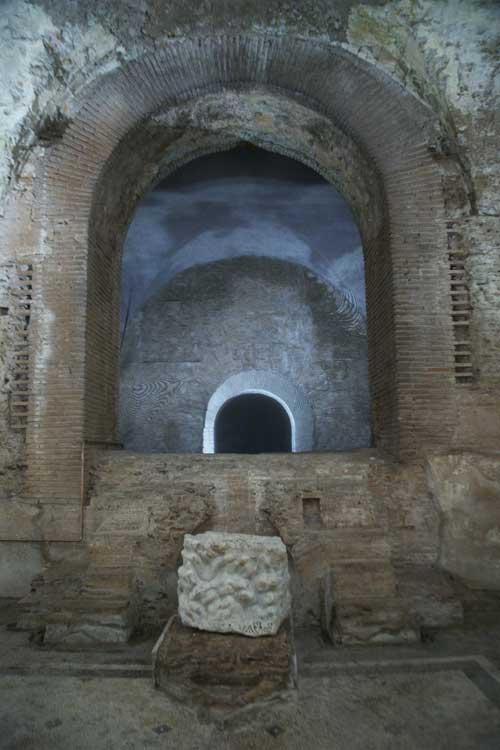 Much of what we know about the cult of Mithras comes from archeology–no scripture survives–or secondary Christian sources. The most common assertion is that Mithras was a Persian god, whereas modern scholars suggest he was a Roman god, acknowledging some similarities to an eastern divinity. Another claim is that followers of Mithras practiced blood rituals and bull sacrifice, whereas there is little plausible evidence to support this. While it is tempting to conjecture about the rituals and tenets of Mithraism, it is patently wrong to state them as facts. In the end, the tour left us with more questions than answers, but we were all left in awe of the place itself, the largest Mithraeum in Rome. 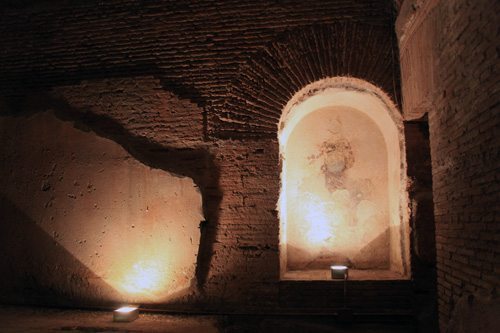 UPDATE FEB 2013: The mithrarum is closed and there is no official news about its reopening. To stay up to date subscribe to the Coop Newsletter.