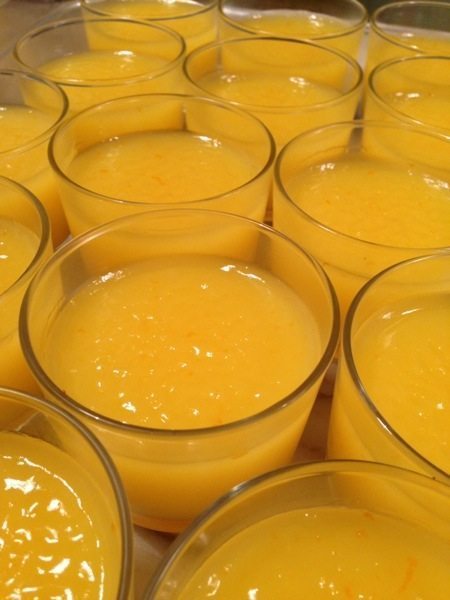 There’s a lot of talk in Istanbul’s culinary circles lately about the “New Anatolian Cuisine”, an approach that distances itself from European ingredients and techniques while embracing and modernizing Anatolian regional cooking. A number of restaurants have opened or re-branded in the past year or so, devoting themselves to these principles (at least through their PR and mission statements). They range from promising but inconsistent Yeni Lokanta to soul-crushingly disappointing Gile. None of the venues are flawless just yet and many of their dishes suffer by placing attempted creativity over flavor. Or by simply not changing their frying oil. Neither of these scenarios is particularly palatable.

While the press has been quick to praise the “New Anatolian Cuisine” and posits it as an important innovation, I’m not convinced that the so-called movement has reached critical mass, nor has it profoundly impacted the way 99% of Istanbul dwellers–much less the other 55 million Turks–eat, shop or think about food. Reviving interest in and modernizing classical, traditional and regional cooking is a noble enough cause, but if the venues that are the vehicles for this cuisine are accessible only to an elite crowd, the experiment is doomed to fail.

It doesn’t help, either, that this “New Anatolian Cuisine” doesn’t transmit the flavor and soul of its inspiration. I’m still waiting for that meal that satisfies my palate in the way simply grilled lamb sweetbreads, a fiery beyran, or a yeni dünya kebab can. I’m all for innovation, but this Istanbul-oriented trend has fierce competition for my heart, mind and Liras: the traditional Anatolian cuisine which it fetishizes.

During last week’s visit to Istanbul my ambivalence towards the movement was intensified as I diligently pursued stellar flavors at these contemporary restaurant tables and was repeatedly let down. There were a few delicious moments: Gastronomika’s roasted kid at SALT Beyoğlu was outstanding. Gile’s boza ice cream was clever. Yeni Lokanta’s twist on tirit was lovely. But it was a straight-forward old school Turkish dessert called pelte that left the biggest impression. Until half a century ago, this pectin-rich gel was made all over Turkey with various fruits, but it has nearly completely vanished. The version I tried was portakal (orange) pelte. It was prepared by my sister-mom Şemsa based on chef Hanae Ueda’s recipe and its clean flavors and citrus fragrances immediately transported our dining companions back to their grandmothers’ tables where similar, simple desserts were served without pretense. Istanbul’s tables need more of this.

In a pot, combine the orange juice, water, sugar, lemon juice and orange zest. Slowly bring to a boil over low heat, uncovered. Dilute the starch in a bit of extra water on the side, then add to the pot, stirring until the contents thicken a bit. Remove from heat and divide into serving cups. Let cool to room temperature then refrigerate covered.

Translated from Şemsa’s blog Kulaktan Dolma Tarifler. There are variations employing other fruits. In the summer and autumn, pepeçura is prepared with red grapes. Defne Koryürek of Fikir Sahibi Damaklar told me of ayva peltesi, aka murabba, which has a Jell-O-like consistency and is made with quince, water, sugar and lemon juice. It omits additional starch and relies on the quince’s abundant pectin instead.