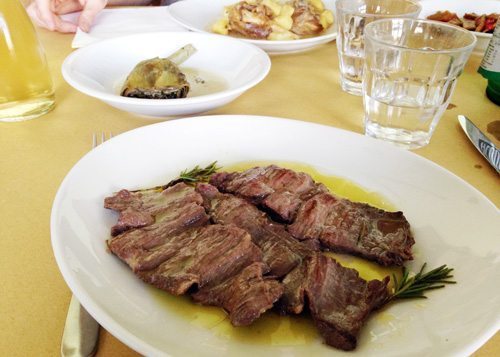 Allow me to preface this post with an apology: Jess, I promised you I wouldn’t write about this place. I held off as long as I could. I cannot keep restaurant secrets. Sorry, friend. Next meal’s on me.

Osteria Bonelli, a simple osteria serving (mainly) Roman classics, is hardly a well-kept secret, anyway. Pop in for lunch without a reservation and you’ll be competing for standing room in the narrow space between the two dining rooms, sidestepping servers as they whizz in and out of the adjacent kitchen. And don’t even bother walking in at dinnertime when a table is best secured a few days in advance. 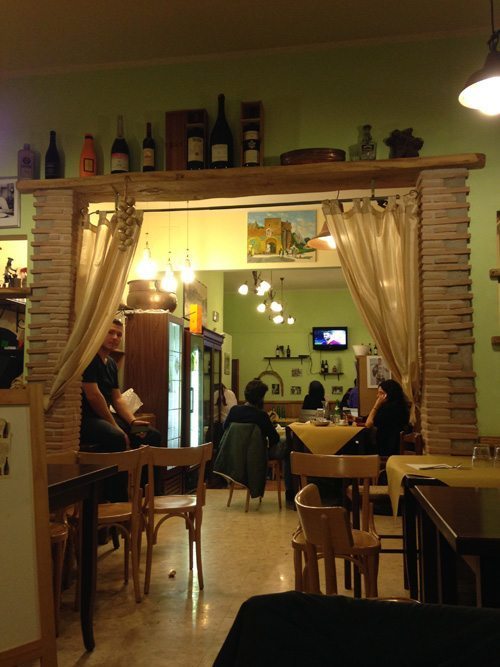 Booking is standard fare in most other European capitals, but in Rome, scoring a four-top at a popular venue even an hour before service is doable. Of course, there are exceptions like 3 Michelin starred La Pergola or super-central Trattoria Monti, Armando al Pantheon and Roscioli. But Osteria Bonelli’s addition to that list shouldn’t be surprising. The food is simple, satisfying and unbelievably cheap by Roman standards; pastas cost €8, most mains are €7, vegetable side dishes cost €3 and the house wine is a steal. Plus, it’s in Tor Pignattara, population 50,00. This neighborhood near Rome’s eastern periphery trims the Via Casilina and is only a few trenino stops from Pigneto, where contrary to what you may have read elsewhere, a great meal is hard to come by. 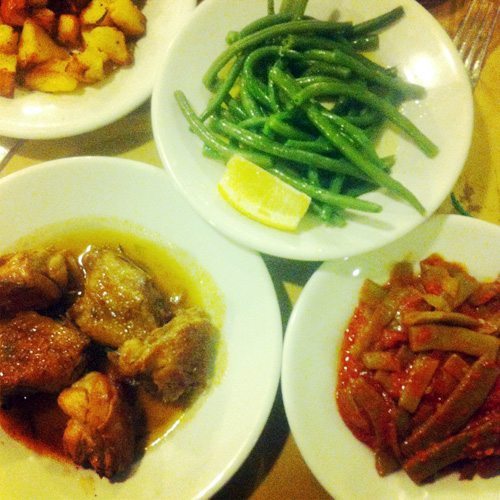 The menu, written on a movable chalkboards, circulates through the establishment and recounts the day’s dishes and specials. If you’re into horse, visit on Tuesdays when pannicolo (outside skirt steak aka diaphragm) or Thursdays when salsiccia di cavallo (seasoned sausage) are served. Tuesdays and Fridays see a predominance of fish. And there are always lots of veggie side dishes; owner Patrizio Bonelli used to be a produce vendor in Monti. 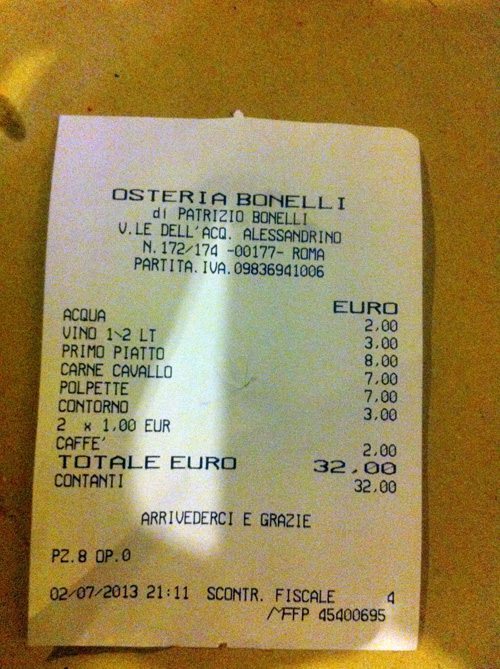 And to top it all off, each meal is concluded with the delivery of a scontrino fiscale, a fiscal receipt. Not a scribbled number on a grease-stained square of graph paper, not a non-itemized handwritten bill, but a real deal receipt generated in accordance with Italian fiscal laws. So you get all the flavor, value and kitsch of a classic Roman osteria without the (still too common) tax evasion factor. It’s a delicious combination. 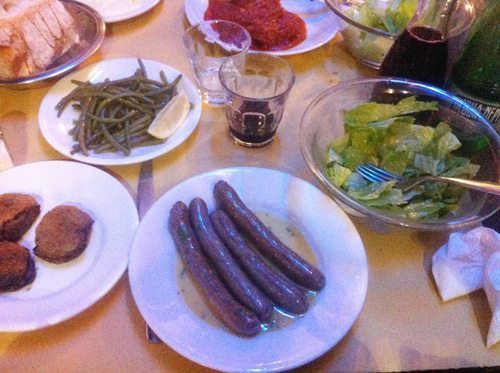