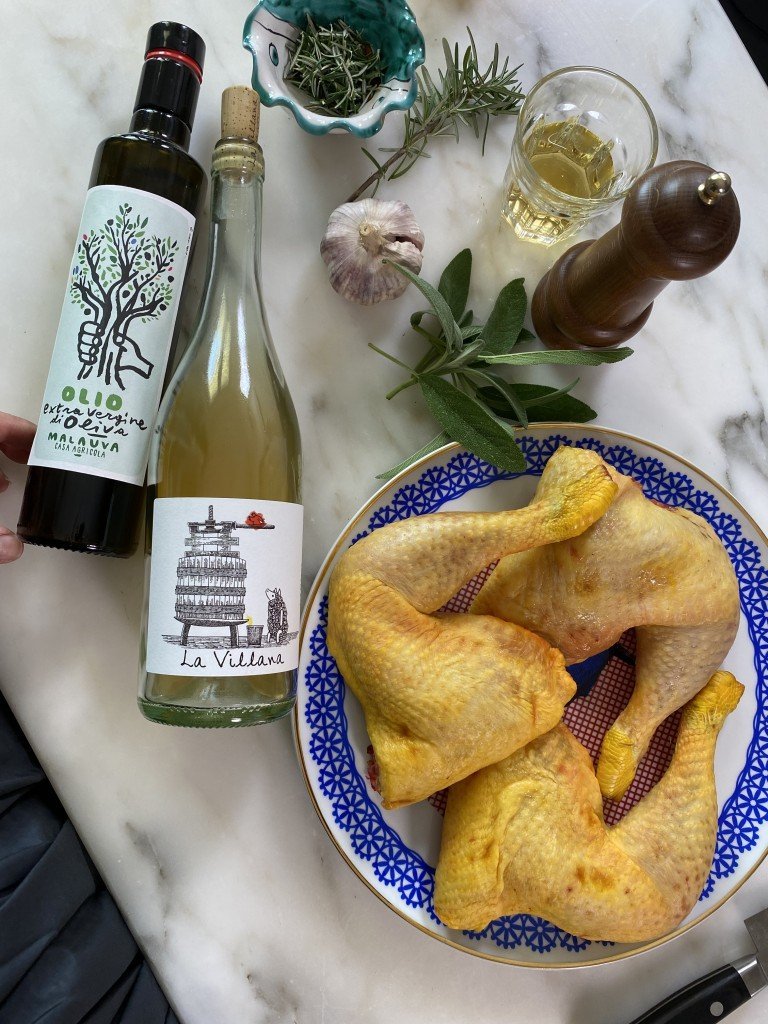 First of all, thank you for your patience. The Pollo alla Cacciatora (Chicken Cacciatore) episode of “Katie Parla’s Roman Kitchen” on Recipe.TV premiered 2,000 years ago and yet I am only now sharing the written version. I was so occupied with writing, editing, and printing Food of the Italian Islands (support ya girl and preorder here, per favore!) and I just dropped the ball. My bad! If you haven’t seen the show you can catch the trailer for preview. Check your local listings for the full ep!

Pollo alla cacciatora, “hunter’s style chicken,” is a central Italian staple. I grew up eating the Italian-American version in New Jersey, where it was often prepared with tomato sauce, mushrooms, peas, you name it. When I moved to Italy 20 years ago, I was pleasantly surprised to find the local versions in central and southern Italy used white wine and white wine vinegar instead of tomato to impart a touch of acid. The chicken absorbs these flavors, along with that of the garlic and herbs, as it simmers. The final product is tender and delicious and dare I say that it improves overnight in the fridge, so consider doubling the recipe so you have plenty of leftovers and can see for yourself!

My pollo alla cacciatora recipe is inspired by Stefano Callegari’s at Trappizzino and Romanè in Rome, which is why I only use dark meat, omitting breasts altogether so there’s no risk of having a dried out piece. If you are using white meat, consider that it cooks much more quickly and dries out more easily than dark meat. Take it out well before the dark meat pieces and set aside. You can substitute lamb or rabbit for the chicken.

Salt the chicken at least a few hours and up to 12 hours before you intend to cook it. Place in a sealed container in the refrigerator.

Remove the chicken from the refrigerator an hour before you intend to cook it so it’s not super cold when it goes in the pan.

Heat the olive oil in a large skillet over low heat. When the oil begins to shimmer, add the garlic and cook just until it begins to take color, 3 minutes. Add the rosemary and sage and cook until fragrant, 30 seconds. Increase the heat to medium and add the chicken and brown on all sides.

Add the wine, scraping up any chicken bits from the bottom of the pan. Cook just until the alcohol aroma dissipates, then add the vinegar and enough broth to nearly cover the chicken. Season with salt and simmer, partially covered, until the meat is very tender and nearly falling off the bone. If the sauce is really juicy, remove the chicken and set aside, then reduce the liquid until it thickens. Add the chicken back to the pan, adjust the seasoning, adding more salt and vinegar as needed. Serve directly from the pan.

Pro Tip: Don’t eat this dish like Danielle and I did on the episode. Ditch the fork and knife and eat with your hands.

Sorry the closest thing to a finished product I’ve got is the obstructed photo below LOL. 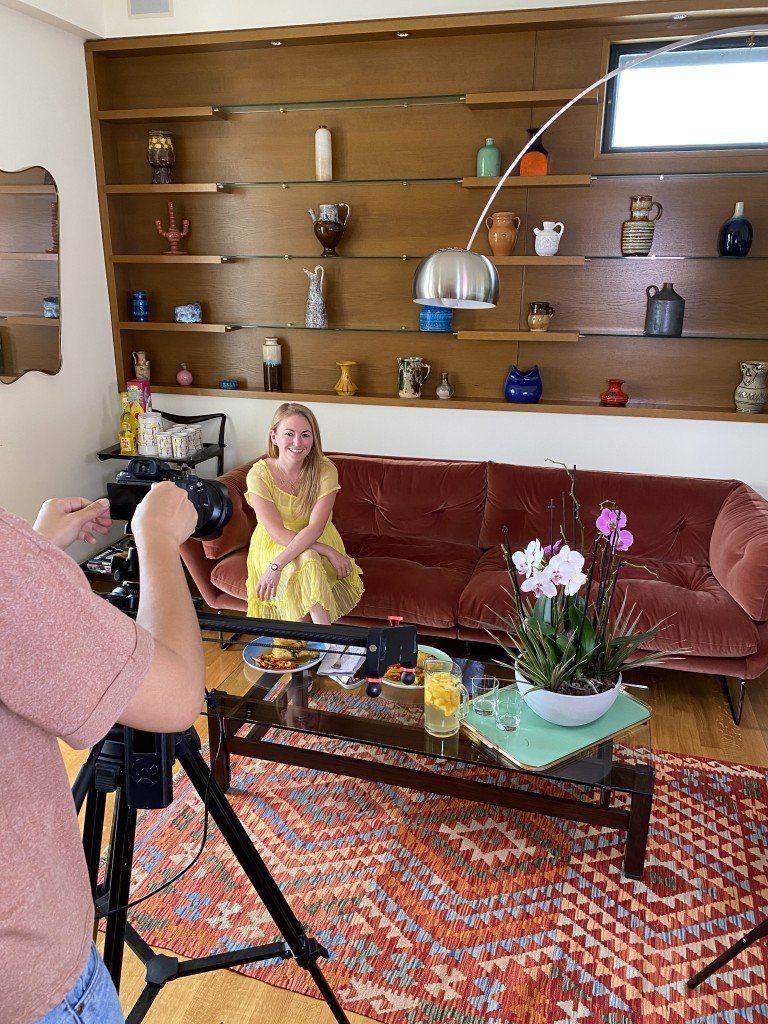