Skip to content
Home/Recipe: Witch on the Beach Cocktail with Liquore Strega
Previous Next

Recipe: Witch on the Beach Cocktail with Liquore Strega 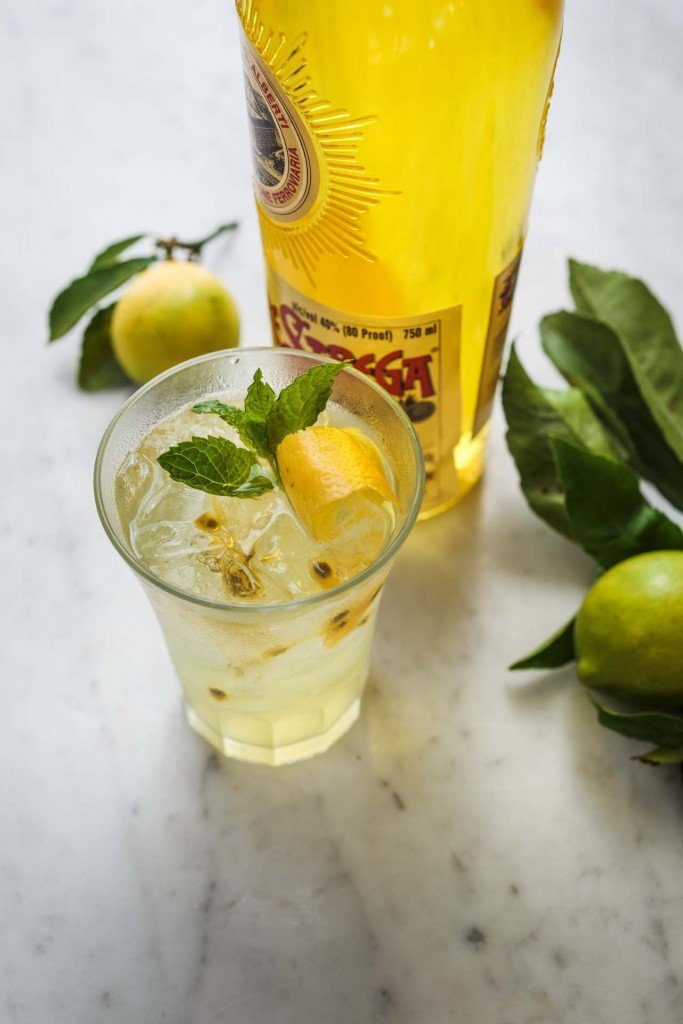 It’s January 6, the Epiphany on the Catholic calendar. The holiday is called La Befana in Italy and is so-called because tradition states the befana (a witch-like creature) delivers gifts to children on this day as the Wise Men brought gifts to the baby Jesus. I was always terrified of the befana as a kid. A grotesque puppet hung in the house and I was sure it was spying on me. I have long since warmed to the idea of witches. And I am very into Strega, a liqueur from Benevento whose name means “witch”. Here’s a little history on the beverage with a great recipe from Quanto Basta cocktail bar in Lecce that features it mixed with gin and passion fruit:

Just one year before the Spanish were defeated and the South came under the rule of the newly unified Italian state, Carmine Vincenzo Alberti and Giuseppe Alberti, father and son, created Liquore Strega in Benevento. Since 1860, the Alberti family has produced this herbal infusion that features more than seventy ingredients, including mint, cinnamon, iris, nutmeg, juniper, and saffron, which gives the liquid its highlighter-yellow hue.

There’s a bottle of the stuff in every household in the south—and quite a few Italian American home bars, as well—and unlike amaro and limoncello, Strega has found a place for itself outside the realm of digestive liqueurs, often appearing in cookie and cake recipes like pigna di Pasqua, an Easter cake from the Sannio subregion of Campania.

The word strega means “witch,” a reference to the superstition that surrounds the city of the liqueur’s origin. According to local folklore, Benevento has been the meeting place of witches since the Lombards conquered the city in the seventy century. Although they were Christian converts, the Lombards incorporated elements of their ancient pagan religion into their new beliefs. Stories of witches gathering under walnut trees—a scene of which is depicted on Strega’s art nouveau–style label—were popular in the Middle Ages. In successive centuries, this quaint legend took on a sinister character as the Catholic Church conducted witch-hunts and trials, many of which resulted in the execution of suspected witches.

Today, beneventani are proud of their superstition—it’s not unusual for a local to report the legend of witches as though it were verifiable history—and of their local liqueur, a savory concoction that has been made in the same distillery building near the Benevento train station since the Albertis invented the potent brew almost 160 years ago.

Witch on the Beach

Italy’s blossoming craft cocktail movement was born in Milan a little over a decade ago and has been slow to spread to the South, where anything more complicated than a spritz or more exotic than a mojito is tough to find. The major exception is Quanto Basta in Lecce, a craft cocktail bar in the historic center of Lecce, where Italian and imported spirits mingle. In his Witch in the Beach, mixologist Mauro Urro stirs together herbaceous gin with saffron-infused Liquore Strega in this modified gin sour.

Pour the gin, Strega, lemon juice, simple syrup, and passion fruit into a tumbler with ice. Stir and top with a splash of soda water. Garnish with the lemon twist and sprig of fresh mint.

In a small saucepan, combine 1 cup (for regular simple syrup) to 2 cups (for rich simple syrup) sugar and the water. Heat over medium-high heat, stirring, until the sugar has dissolved, 3 to 5 minutes.

Remove from the heat and set aside to cool, about 20 minutes. Store in a sealed jar in the refrigerator for 1 to 2 weeks.

Reprinted from Food of the Italian South. Photo: Ed Anderson.