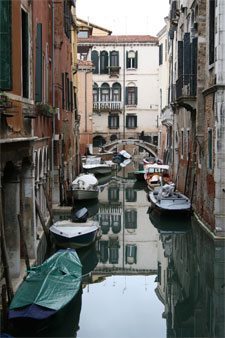 I recently spent a long weekend in Venice, a place I had previously avoided like the plague, considering it to be little more than a giant dock for cruise ships. On previous trips, I was left deluded and confused about what all of the fuss was about. I found Napoleon’s interventions in Piazza San Marco revolting, the gondolas too kitschy, and the thongs of tourists with seemingly no awareness that their presence is destroying the city downright disturbing. But I can be a whiner, so I was open to giving Venice another shot. After all, if my esteemed colleague Jessica Stewart loves the city, how could it be all bad?

Armed with the advice of friends and colleagues on where to go and what to eat, I actually really enjoyed myself. I especially liked the Canareggio neighborhood, the Rialto fish market, and strolling the streets at night when most of the tourists were gone, packed back onto their cruise ships.