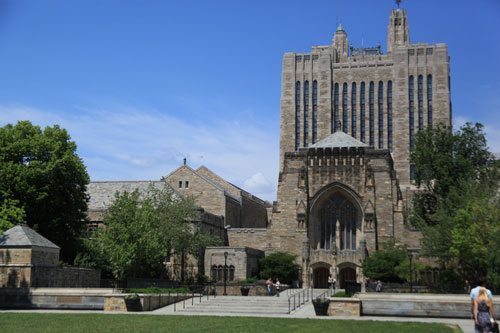 Warning: If you came here today to read about gelato, it’s not gonna happen. I’m sorry. My 10 year college reunion stirred up all sorts of emotions. However, you can read about frozen desserts here, here, and here. This post is a story of where I came from and why I travel and how, 10 years after graduation, my time at college has affected me. It’s dark. You’ve been warned.

I was a rather intense child filled with anxiety and self-doubt, a potent emotional cocktail that led me to compulsively overachieve in high school and eventually propelled me to the mean streets of New Haven, CT, where I was ill-prepared to deal with the pressures of an Ivy League environment. It took some time to adjust to being surrounded by 200th generation Yalies, 17-year-old best selling authors, Olympic athletes, and about a thousand geniuses who currently rule the world. But eventually I found my way and stopped feeling like the dumbest person on campus after meeting members of the hockey team.

I spent four years (including one ridiculous summer) at Yale, all the time aware that I was insanely lucky to be there. Of course the classes and professors were phenomenal, but it was the friends that I made there and the experiences I had outside the classroom that have shaped my life in a very tangible way. In fact, the reason I can’t sit still and jump at every opportunity to travel is thanks to one friend in particular. His name was Jim Keppel, but sometimes I called him Tightpants Jackson because he often wore extremely tight pants.

Jim and I were friends since the first day of school. We hung out every day, ate together, traveled together, did all sorts of stupid things together (especially during that ridiculous summer, and since my mom reads this blog I won’t elaborate). He loved traveling and was so curious about the world and Europe in particular. We had lots of trips and binges in our future. But Jimbo died suddenly and unexpectedly in May 2003. We weren’t even a year out of college.

One month earlier our classmate Lyric Benson had been murdered by her crazy towny boyfriend. A year and half before that, 9-11 went down. All these events, but mainly Jim’s death, reinforced what I already knew: no one is safe. While most of my classmates chose the well trodden paths of medicine, the law and finance, there was no way I was going to do that.

I hear a lot from people, and especially this past reunion weekend, that I was so brave to move across the ocean with no one and nothing. I’d be lying if I said I didn’t play it up. But in reality I am not brave. I am afraid. I don’t want to die without having done and seen everything (whatever that means). I feel like I need to do, move, produce, consume, go, travel, and seize every opportunity in honor of Jim. I have even been known to wear tight pants while doing so.

Where to Drink Cocktails in Paris