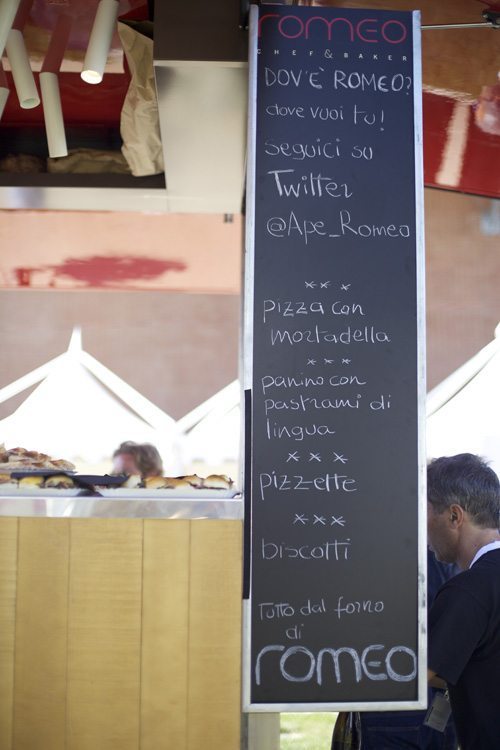 The brains and brawn behind Glass and Roscioli are at it again. Less than one year after opening their successful joint venture, Romeo, they have officially inaugurated Ape Romeo, Rome’s first worthwhile food truck. 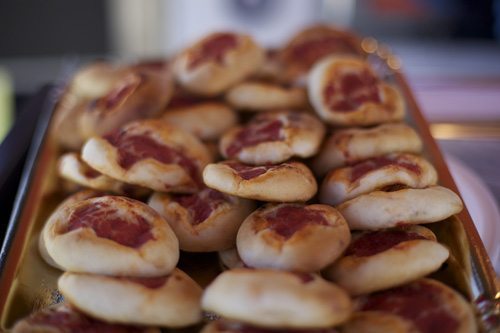 Fabio Spada, one of Romeo’s founders, explained, “At first Ape Romeo will be parked in front of Romeo on Via Silla. We want to change people’s misconception that our sandwiches all cost over €10. The Ape will serve smaller formats of our sandwiches; they will cost €2.50-3.00.” Ape Romeo will also be available for private parties or large order deliveries. To keep track of its whereabouts, follow @Ape_Romeo on Twitter. 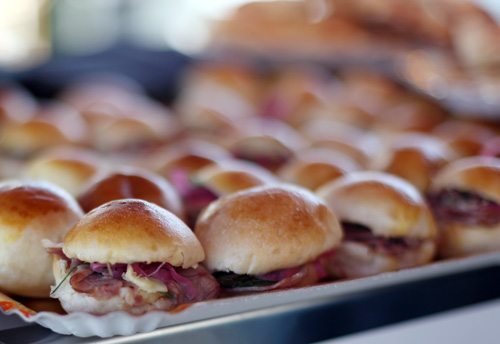 While food trucks are part of a food economy that thrives elsewhere on Earth, Rome’s scene is complicated by the presence of a…erm…how shall I put this delicately…a monopoly of the kneecap breaking persuasion. Those hideous tan trucks parked all over town selling garbage food thrive due to their owners’ nefarious connections. The notorious Tredicine family is reportedly not thrilled about the arrival of a quality competitor. As of 1:43PM, however, they have not yet set Ape Romeo ablaze. 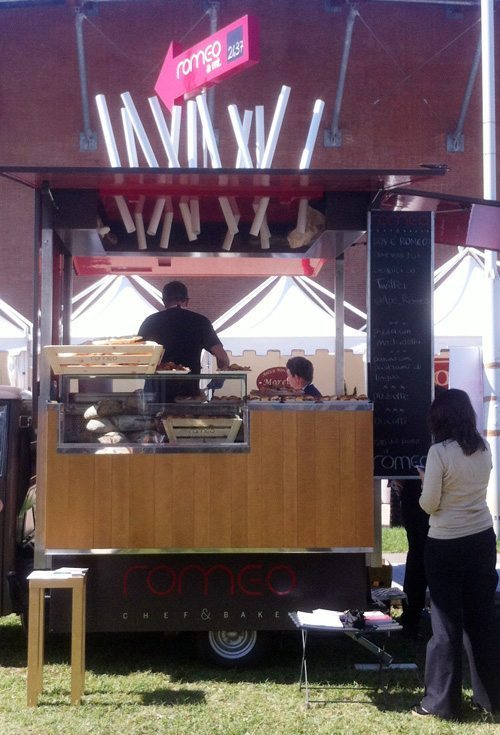