Secondo Tradizione Opens Near the Vatican 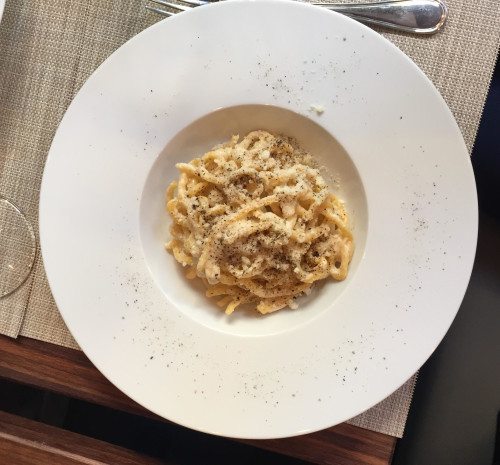 2015 was a rough year for new restaurant openings in Rome. And not because there weren’t many. On the contrary–and in spite of the ongoing crippling economic crisis–loads of new spots opened, but they were mostly very bad, boring, or pointless. In 2015, Rome welcomed approximately 24,000 fake ass French neo-bistros, each an equally bad knockoff of Balthazar, which opened in 1997. That pretty much sums up the dominant formula in dining right now: take an idea that is 2 decades old, drag it out of context, mimic it badly, serve brunch, don’t train the staff, et voila, your’e in business. It’s upsetting. Thank god for my well stocked liquor cabinet and a new place that makes total sense: Secondo Tradizione.

Francesco, Stefano, and the lovely team behind La Tradizione, Rome’s premier salumeria, recently opened Secondo Tradizione as a companion restaurant to their Vatican-adjacent shop. A little background on La Tradizione, one of my favorite places on the planet, first: Umbrian immigrants Renzo Fantucci and Valentino Belli opened it in 1980. When employees Francesco and Stefano took over from the original founders a few years back, they set about modernizing the shop and its offerings in a way that would enhance rather than sacrifice the quality of the shopper’s experience. The staff is super nice and they never go for the hard sell or try to convince you that you need a €150 bottle of balsamic like those shameless Volpettis in Testaccio. Everyone in the place is simply devoted to sourcing and selling delicious food–including 400 types of cheese and 300 kinds of salumi–at a fair price. And if you want to try La Tradizione’s products but aren’t feeling social, they even have an online store. 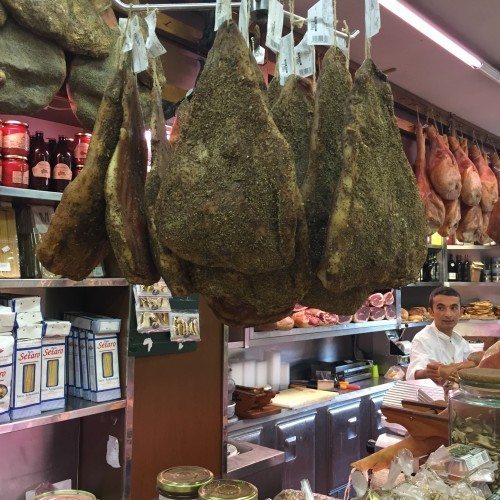 As part of La Tradizione’s ongoing quest for innovation balanced with tradition, they opened Secondo Tradizione Banco & Cucina a short walk away in November. Chef Antonio Bonamini serves a few pasta dishes and mains made from the very same excellent ingredients sold nearby. They also serve a huge range of cheeses and cured meats, which is super appealing on its own, but should be especially joyous for anyone who has toured the Trionfale district with me and wished to sample La Tradizione’s ample selection at a table rather than standing in the shop.

The food offerings are simple and unpretentious, a mix of Roman dishes and Italy-inspired flavors: cacio e pepe, risotto with Castelmagno, paccheri with pumpkin and guanciale, rabbit with porcini mushrooms. There’s some room for improvement on the wine list, which would benefit from a wider range of quality wines from Lazio, but I’ll be monitoring this and other facets in the coming months while I eat my way through the cheese menu.