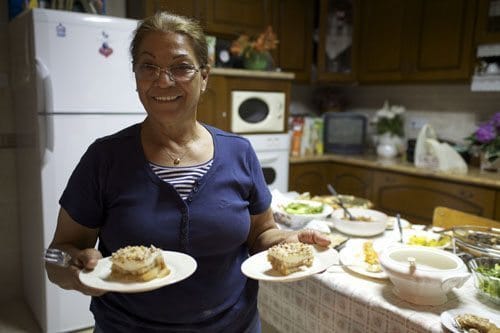 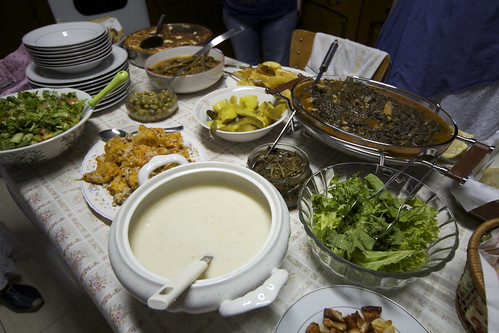 My official introduction to Turkish Cypriot dining culture came during a feast at my friend Serdar’s aunts house. His Aunt Hanife is a prolific cook famous for her traditional recipes and börek (she even had her own börek shop for a time). At first when I suggested to Serdar that we have his aunts participate in a cook off, he suggested that the others would surrender and Hanife would win hands down. So we went to Hanife’s for dinner and arrived to find a massive spread of traditional dishes. Here is what we ate:

Tarhana: the classic recipe for this soup calls for crushed tomatoes, but the Cypriot version is made with yogurt, milk, and cracked wheat. Hanife served it with croutons and bits of halloumi. A common way to prepare tarhana is to cook the soup in advance, let it dry for a few days, store, and rehydrate when needed. 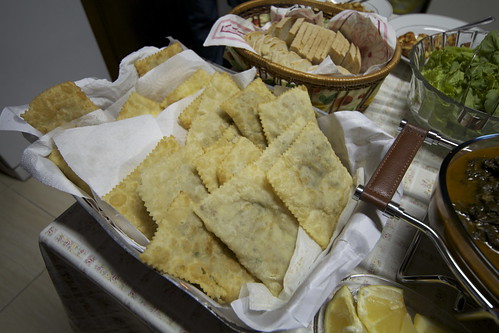 Börek: These lightly fried pockets are Hanife’s specialty. She prepared them with three different fillings: halloumi and herbs, minced meat and onions, and nor (a bland local cheese) mixed with sugar and mastic. 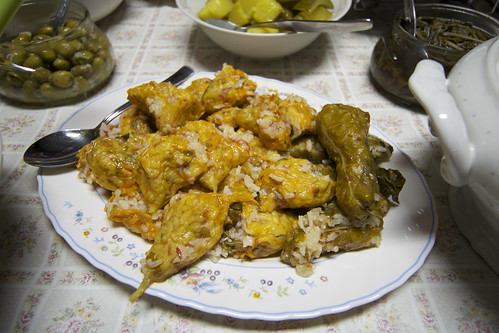 Çiçek dolması: These squash blossoms are filled with a rich mixture of rice, onions, tomatoes and herbs. 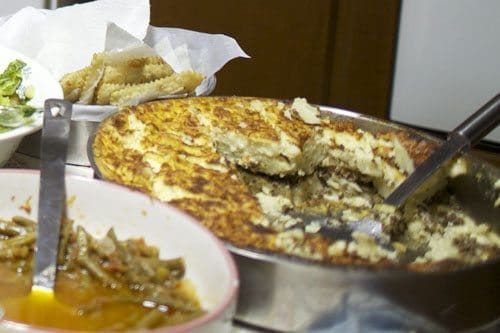 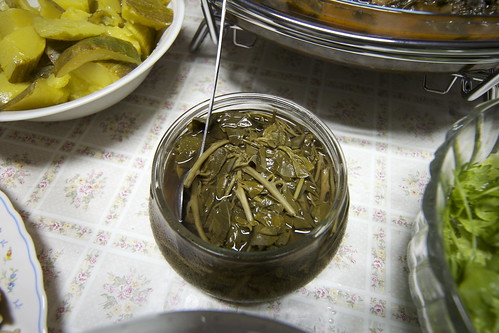 Gappar: The leaves from caper plants are brined and taste just like capers. 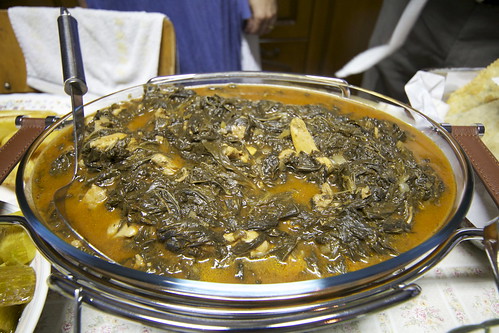 Molehiya: This stew is made with molehiya (a green leafy plant), chicken, tomatoes and stock. It is a classic Cypriot dish today, but its origins lie elsewhere. There is a bit of disagreement about where the recipe comes from. I found Africa, Egypt, and the Arab world as contenders in a preliminary search.

During our travels in the rest of northern Cyprus we encountered other typical dishes including: 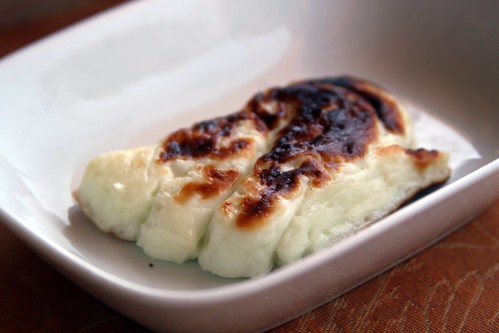 Halloumi: Cyprus’ most famous food is a brined cheese that is often served grilled. 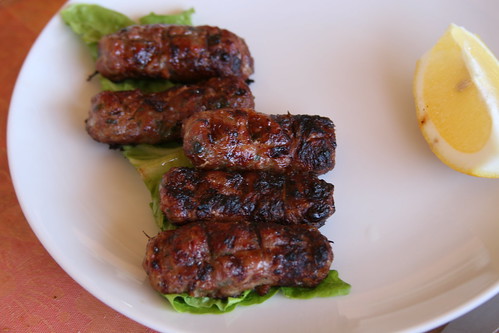 Şeftali Kebabı: The so-called “peach kebab” is minced meat wrapped in the fatty abdominal netting of a lamb’s abdomen. It is known for its succulence. 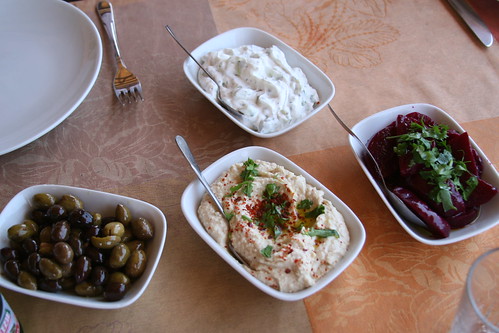 For more on N Cyprus cuisine check out this website

Photo credit: Thanks to Serdar Ferit for his portrait of Aunt Hanife and lending me his lenses for the other shots.