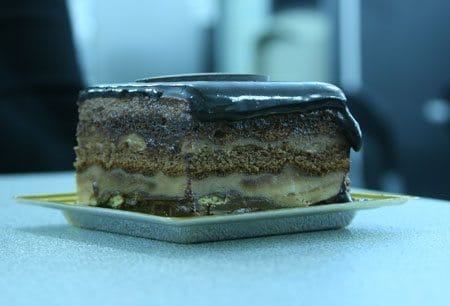 It is not a coincidence that the Setteveli cake has the same number of strata as there are deadly sins. This seven layer confection so perfectly inspires gluttony that had it been around in the thirteenth century, Dante surely would have made the third circle of hell wider to accommodate the corpulent sinners who ate it. The moment I saw the Setteveli in Pasticceria Massaro’s window in Palermo I was immediately overcome with the desire to roll around in its hazelnut bavarian cream, praline, and chocolate mousse for all eternity, my idea of paradise and the polar opposite of the punishment handed down to Il Sommo Poeta’s gluttonous sinners. While Massaro’s Setteveli was divine, Pasticceria Cappello’s is said to be even better. I will confirm or dispute this claim tomorrow in my tireless quest for the most heavenly dessert in Palermo.