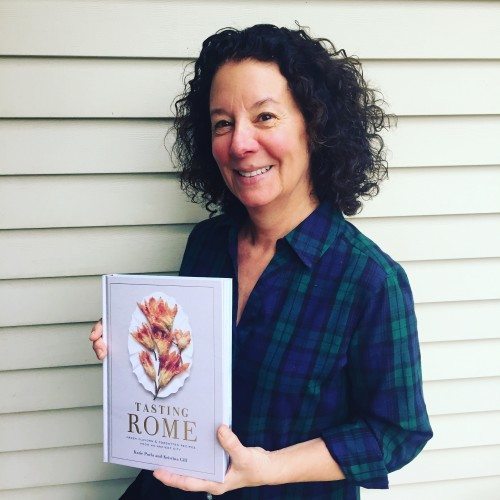 It’s been a long couple of years, folks. If you happen to have noticed the frenzy of activity on the blog lately (ie, more than a post a month) that’s because I am enjoying the first free time that I have had in a long while. Granted, it’s only 90 minutes a few times a week, but it’s something. It’s cool, though. I hate rest and relaxation! They are the worst.

For the past 2 years, my co-author Kristina Gill and I (with the generous help of Rome’s best chefs, bakers, and mixologists) have been laboring over Tasting Rome: Fresh Flavors and Ancient Recipes from an Ancient City. From the idea phase, to the proposal, to the auction, to the sale spanned 6 whole months. Writing, editing, and shooting the thing took a year. By October 2015, Tasting Rome was pretty much done, but since then has been all about previews and long lead press and printing. Finally, on March 29, Tasting Rome will be released into the wild. That’s when the real fun begins: I will be embarking on a 20-city book tour! Stay tuned for event updates but I hope to see you in NYC, Philly, New Brunswick, New Haven, Rochester, Boston, DC, Chicago, Cleveland, Toronto, New Orleans, Oxford, Austin, Phoenix, Los Angeles, San Francisco, Berkeley, Portland, Seattle, Denver, and Boulder! Can’t wait!

In the meantime, Tasting Rome is available for pre-order.

Be sure to hold onto your proof of purchase because Clarkson Potter will be giving away all sorts of fun pre-order treats!

Here’s what the book’s all about:

Speakeasies, ten-table restaurants, and street food stalls may not be the first things that come to mind when you think of Rome, but these new realities have joined the traditional bars and trattorias of the Italian capital as bastions of great food and drink. In Tasting Rome, co-authors Katie Parla and Kristina Gill capture Rome’s unique character and truly evolved food culture—a culmination of two thousand years of history.

The 85 recipes and 20 features, each selected for the story it tells, acknowledge the foundations of the cuisine and demonstrate how it has transitioned to the variations found today, ranging from genuine classics to fascinating but largely undocumented Libyan Jewish fare to centuries-old offal preparations, and so much more. Part cookbook, part travel memoir, this book transports all of the flavors of Rome into your kitchen.

And if you’re not still convinced, here is what some very kind friends have to say about Tasting Rome:

Tasting Rome captures the beauty of artisan food! The combination of recipes and photographs makes me feel as if I am back in Rome.

Tasting Rome is the definitive vehicle for viewing Roman culture through its food.

I dare you to get more than 10 pages into this book without attempting to purchase a plane ticket to Rome. Impeccably researched and beautifully designed, Tasting Rome is essential reading for anyone who has ever twirled pasta around a fork. 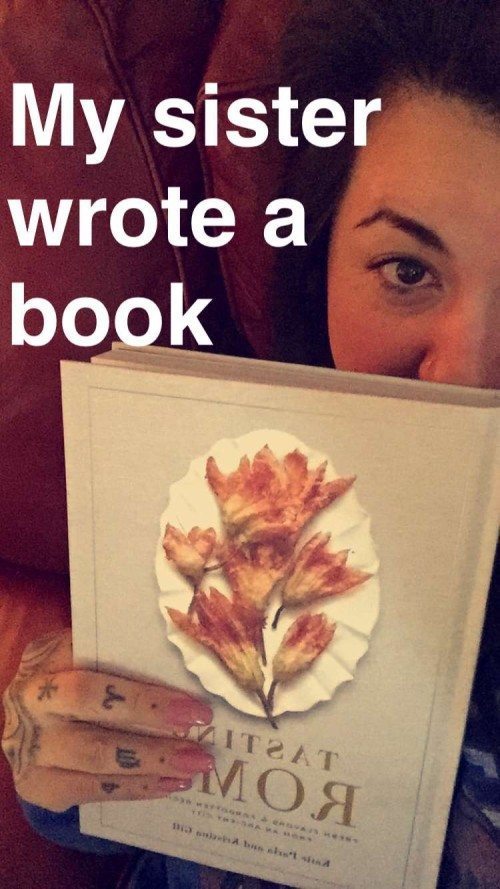 My sister has officially endorsed Tasting Rome on Snapchat.