Will The Real Rome Please Stand Up 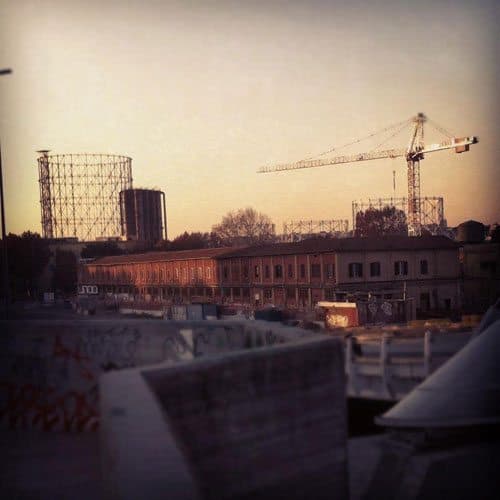 I’ve been in a rather cynical state of mind lately. What else is new, right? I’ve been on an emotional roller coaster since announcing my retirement from corporate guidebook writing, founding my own publishing company (might sound like a big deal but I haven’t published anything yet…), and diving head first into the tour season. I guess when I am busy, I don’t have much patience for many things, especially intellectual laziness and superficial nonsense. So as articles about Rome are rolled out by newspapers and magazines, I can’t help but cringe at how out of touch some of my colleagues are. 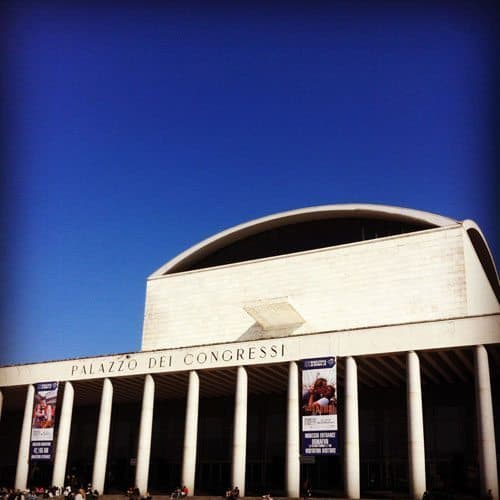 There are some ridiculous notions about Rome that are repeated over and over, year after year and they absolutely boggle my mind. For example, Pigneto is not up and coming because it is no longer 2007. Giolitti is not a good gelateria unless you are a fan of hydrogenated vegetable oils and artificial colors. Trastevere is not Rome’s Greenwich Village and its restaurants, for the most part, aren’t amazing. Testaccio is not in the periphery. Sora Margherita does not serve good or moderately priced food. And Centocelle is nothing like the South Bronx. 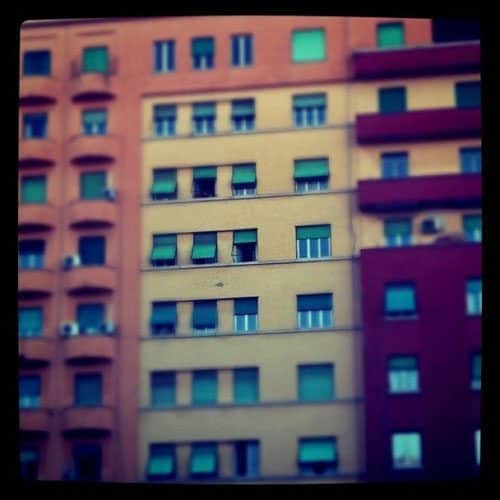 I know there isn’t not much sense in banging on about what “the real Rome” is because it’s different for everyone. But I do think that life beyond the Aurelian Walls deserves to be given a little bit of respect and not assigned fringe terms that only demonstrate a superficial or privileged understanding of Roman city life. The truth is, the vast majority of Romans do not live in the center, which is almost exclusively occupied by people earning well over the average annual income. So I guess that makes the real Rome everything but the center. Even so, guidebooks, magazines and other publications focus on Rome’s historical center and posit it as some effortlessly cool and perfect place. It’s hard to tell if this take is more boring or superficial. How bout some love for the real Rome? 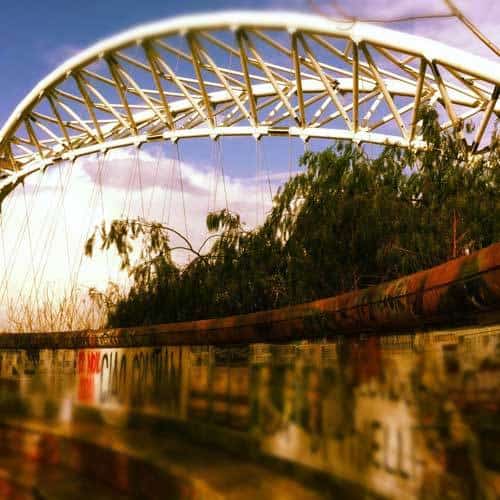 There are so many visually stimulating neighborhoods and, while they may not all be beautiful in the traditional sense, I do see elegance in the curving iron form of Ostiense’s Gasometro. And the rational simplicity of EUR’s Fascist limestone forms or Garbatella’s case populari are undeniably intriguing. So, following in the footsteps of my dear friend and awesome blogger Jessica Stewart, I have snapped some shots of Rome’s lesser publicized corners. Rome isn’t really all that big, and getting to these places from the center is a snap using the metro. Or even better, take a loooong stroll and see what the city has to offer beyond the obvious. Oh and I’ll be giving away a copy of National Geographic’s Walking Rome and a free Rome for Foodies app to the reader that can guess the neighborhood featured in each of the photos below. Please post answers in the comments section by midnight EST on April 23. In bocca al lupo! 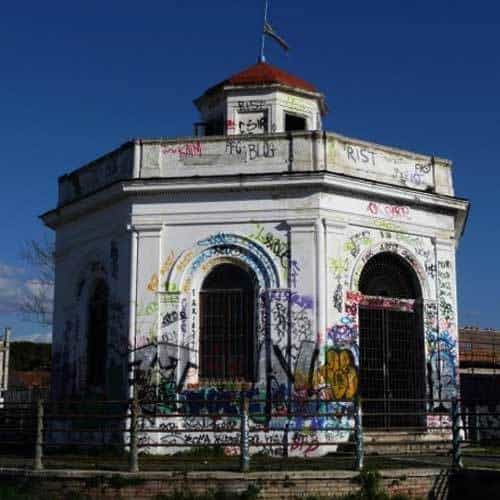 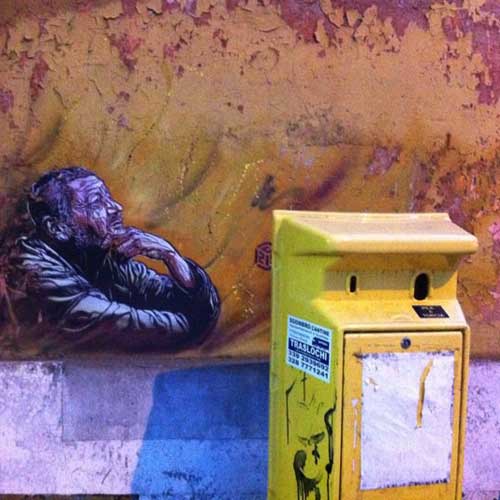 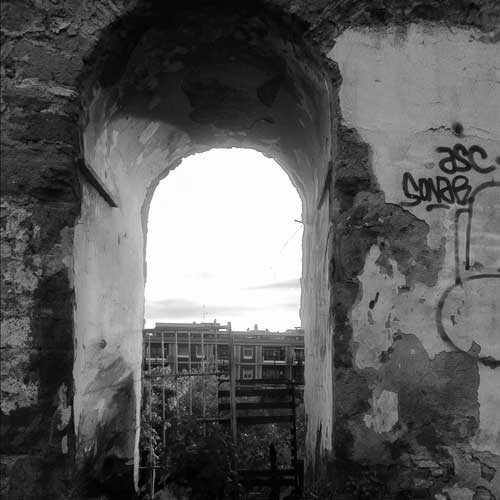 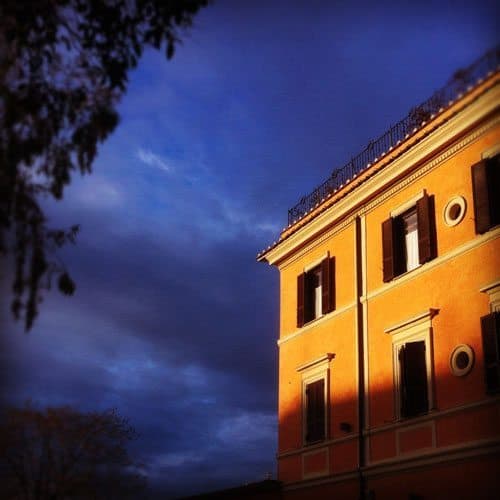 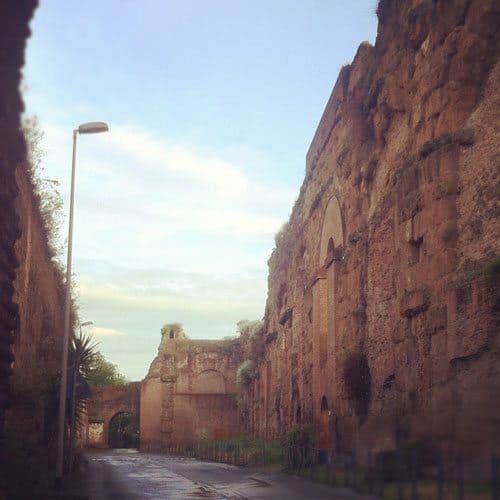 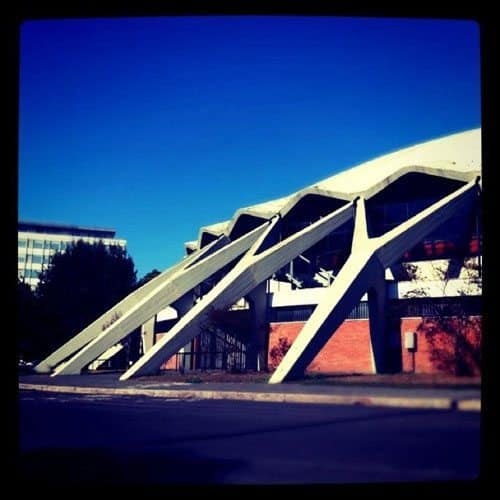 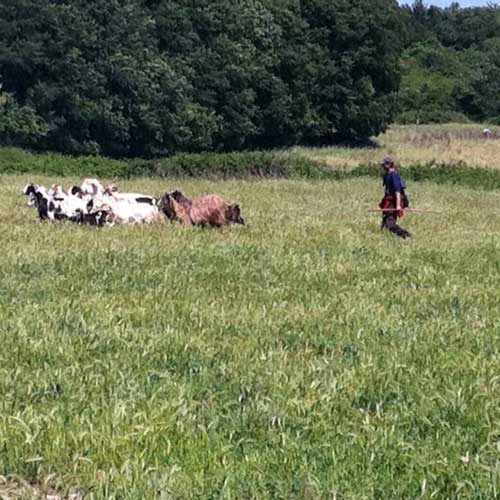 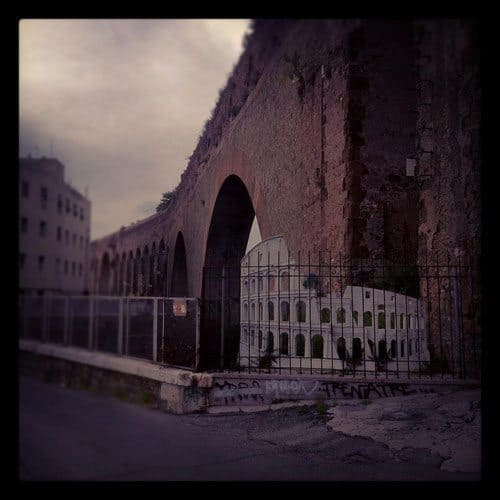