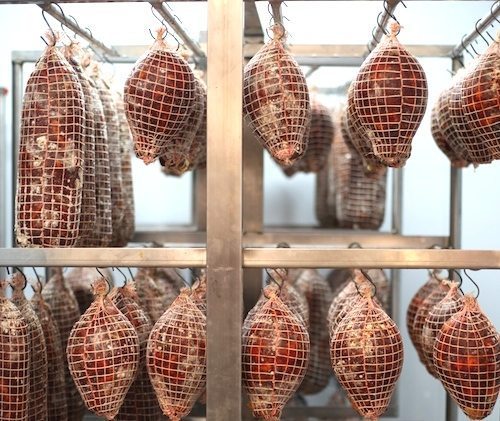 Grossolana. The word has a ring to it in Italian that it could only dream of in its English incarnation (in which it translates as “coarse”). Say it with me: grossssssolana! Few words are so fun to say and I can’t help but think that this linguistic affection contributes to my love of ventricina del Vastese, a salami from Abruzzo composed of coarsely chopped pork, sweet and spicy pepper, black pepper and wild fennel seed.

To be fair, ventricina del Vastese is pretty lovable, regardless of the adjectives used to describe its components. This traditional pork salami from southeastern Abruzzo is sweet, savory and spicy, each element penetrating the coarsely ground pieces of meat and fat with its distinct flavor. But to fully understand ventricina is to eat it on its home turf, a privilege I had when Rachel Roddy, cookbook writer, author of the blog Rachel Eats, and ventricina aficionado, arranged a visit to its place of origin for a group of friends back in November. We all piled into her partner’s band van and made the 3-hour cross-peninsula journey from Rome, up and over the Apennines and down to the environs of Vasto on the Adriatic coast.

There, we met Luigi Di Lello, ventricina producer and an ambassador for the typical Abruzzese salami. He led us through his production space and recounted the traditional methods for making ventricina, so-called because the salami was once encased and cured in pig stomachs (ventri); now it is cured in bladders. The large, coarse salami accompanied shepherds during the twice-annual transumanza journey, so its roots in this rural region run deep. 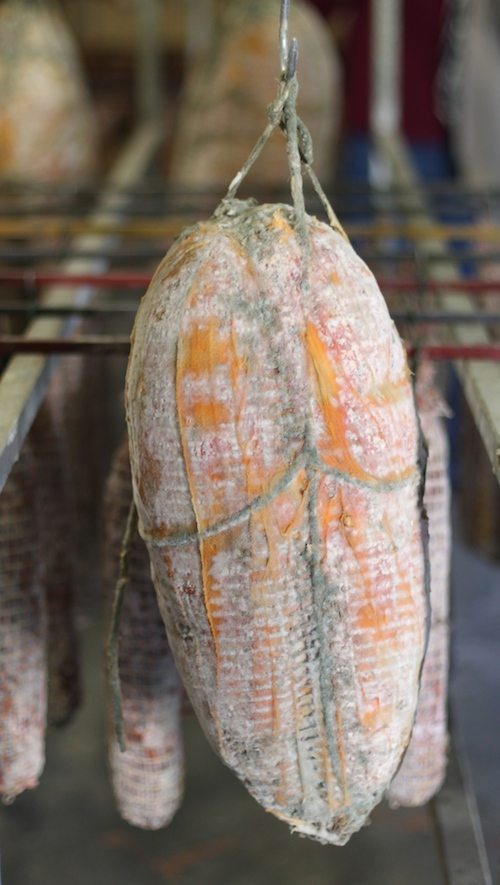 Luigi’s passion for ventricina is contagious. But his affection for the local salumi wasn’t always so intense. Growing up near Vasto, he was mortified that his lunch of piquant ventricina on rustic bread didnt resemble his schoolmate’s panini, which were filled with industrial cold cuts. Each chunk of the coarse salami that fell out of his sandwich was a reminder of a peasant tradition from which he wished to distance himself. As he matured, he saw industrial cold cut production threatened to banish artisanal ventricina into extinction. The object of his childhood embarrassment became his obsession. Today, he and his colleagues can be credited for reviving ventricina del Vastese.

and slices it with pride at his in southeastern Abruzzo.

You can visit Luigi and his Agriturismo Fattorie del Tratturo near Scerni, where he rents rooms and runs a little restaurant and shop selling ventricina. Don’t miss the liver salami while you’re there! And you can read about other delicious Abruzzo food destinations in Rachel’s article for The Guardian here. 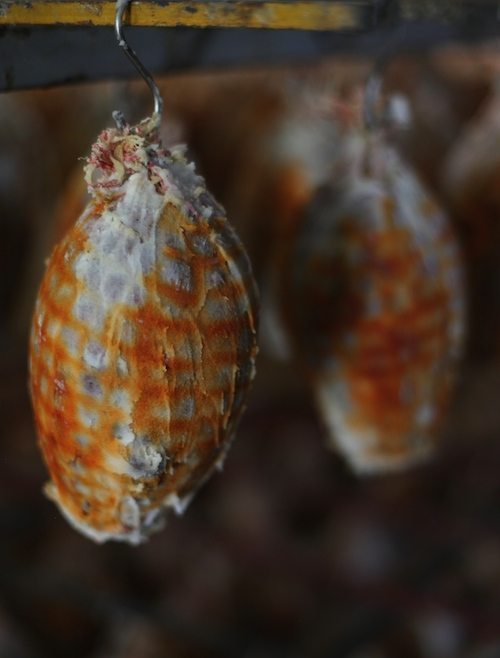 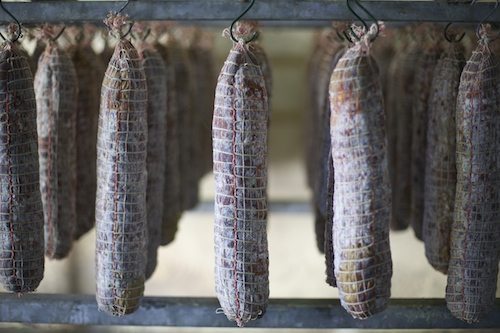