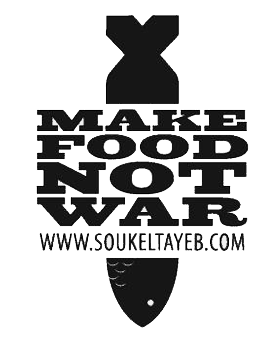 Make food, not war. It’s a simple imperative with undeniable gravity in Lebanon, a small but ethnically diverse country that was ravaged by political and religious conflicts for three decades. This catchy slogan is accompanied by a half-bomb, half-fish logo perfect for slapping on a canvas bag or printing on a bumper sticker. But behind the endearing edginess of Souk el Tayeb’s mantra is an incredible grass roots campaign aimed at giving dignity and a marketplace to Lebanese famers and food producers–not to mention Palestinian and Syrian refugees–who have persevered in spite of unfathomable suffering. 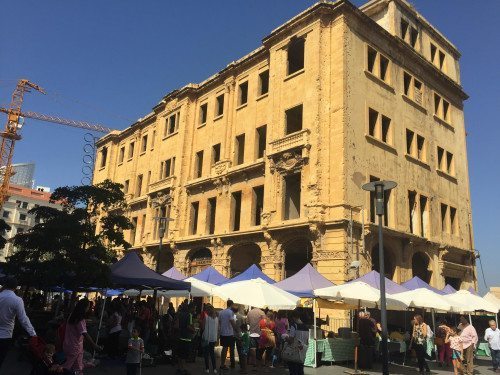 Souk el Tayeb (“the good market”), Beirut’s first farmers’ market, was founded by Kamal Mouzawak in 2004. Over the past 11 years, the marketplace has become a point of reference for small, organic producers from rural parts of Lebanon. Souk El Tayeb puts producers directly in contact with consumers, provides good food to city dwellers, and gives tangible incentives to villagers to keep making traditional foods. Each Saturday from 9am to 2pm, producers sell their goods, transmitting knowledge, culture, and tradition in the process. On a visit to the market last month, I found freshly milled sumac, jars of goat’s labneh, stuffed pickled eggplants, piles of pomegranates, heaps of quince, bundles of purslane, a dozen types of kibbeh, fermented pepper paste, and made-to-order flatbreads, each item a lifeline for Lebanon’s famers threatened by a globalized food system. 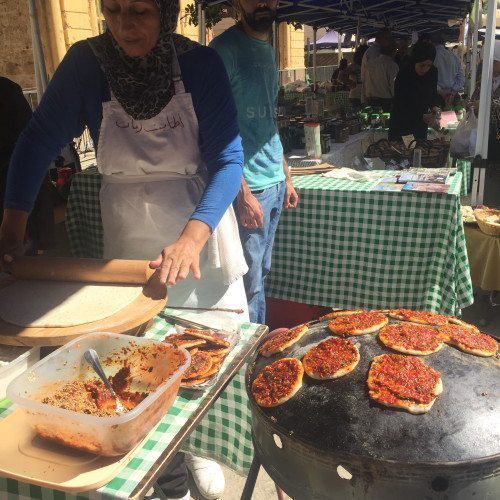 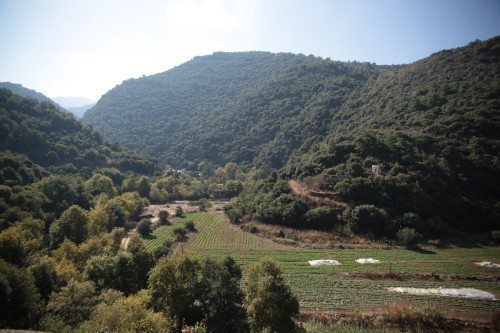 Beit El Qamar opened last month in the mountainous Chouf region about a 45 minute drive south of Beirut. Designed to feel like a country home, the property is planted with aromatic herbs and fruit trees–including an amazingly bizarre black pomegranate tree– and there is a lovely outdoor patio for communal use. There are 7 rooms, some with balconies, ranging in price from $130-150 a night (breakfast included). During the week, the kitchen serves a-la-carte lunch and dinner; on the weekends there is a Tawlet-style buffet from 1-4pm. The Chouf region is wonderfully tranquil with a number of cultural and natural attractions in striking distance of Beit El Qamar. 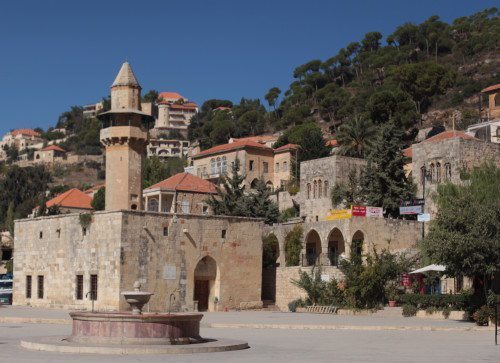 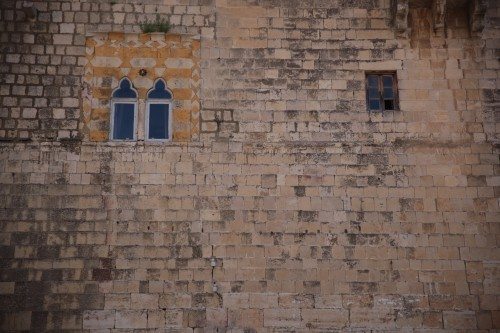 The gorgeous stone village of Deir El Qamar was the capital of Mount Lebanon from the 16th to the 18th century and it is among the Chouf district’s best preserved towns. At the heart of this site stands the 15th century Fakhreddine Ist Maan mosque, Mount Lebanon’s first. Owing to Deir El Qamar’s previous incarnation as a cosmopolitan capital, the town is rife with stone palaces, churches, mosques, and even a synagogue (now a French cultural center). Today, the village’s inhabitants are overwhelmingly Maronite Christians. 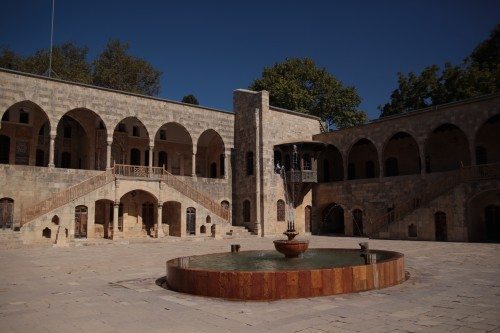 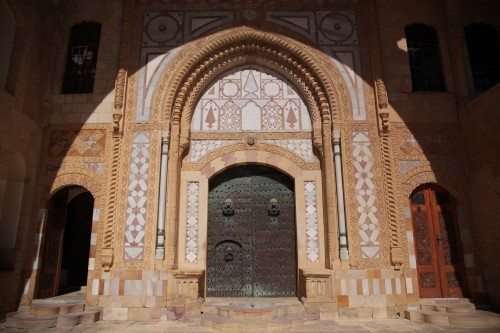 A short drive away, the spectacular Beiteddine Palace was built in the early 19th century by the region’s Ottoman governor. The palatial complex is now a museum and hosts an annual arts festival every summer. 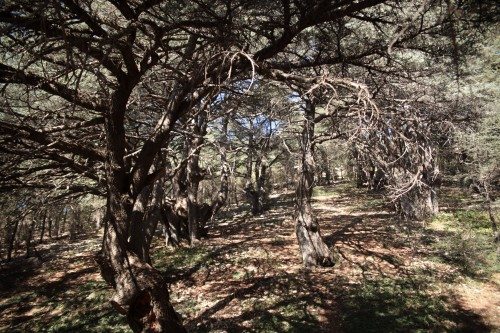 You’ll need a car to explore the area, but if you’re after some physical activity, there are plenty of opportunities for hiking at the Shouf Biosphere Reserve, the southernmost and largest natural cedar reserve in Lebanon, home to a third of Lebanon’s cedar trees. There are trails of varying difficulty but all take in the serene natural beauty of Mount Lebanon and its majestic cedars.