Skip to content
Home/Dinner with Alice Waters
Previous Next 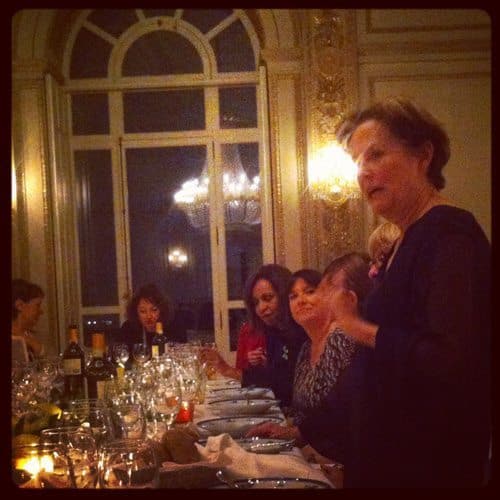 Last week I had dinner with Alice Waters. Well, that’s what I signed up for anyway: a 10-person benefit dinner to support the Rome Sustainable Food Project. Somehow this intimate gathering to raise money for the RSFP internship program morphed into an utterly fabulous dinner party over twice the size I was promised—and what had I promised to the group of donors I brought with me.

We had hoped for an opportunity to have a real conversation with Ms. Waters, the activist, chef, and author who co-founded the RSFP in 2006. My friends and I work in food and wine education and were eager to discuss the serious issues that face producers and consumers in Rome and its region. We see evidence of the erosion of food culture every day. We fight against it. We are losing. We wanted to speak to a woman who had fought and won. Things didn’t go as planned. Delusion ensued. 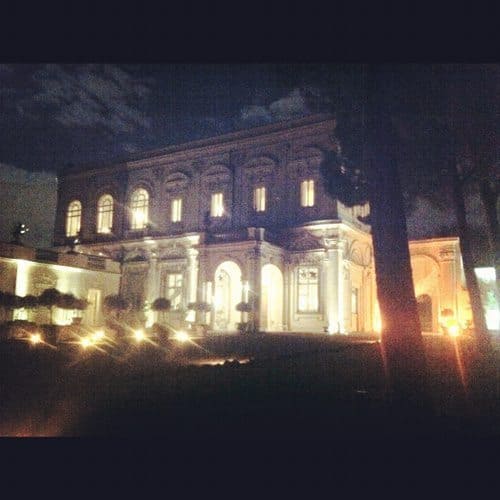 The setting for the benefit was the Villa Aurelia, an ornate palatial complex on the Janiculum Hill. The delectable and unpretentious dishes—puntarella salad, foraged mushroom risotto, and roasted lamb—would have been more at home in a badly decorated and poorly illuminated trattoria (aren’t they always superior to those who employ an interior decorator?) than a candle-lit gilded banquet hall.

The whole experience left me rather confused. Of course the night was, objectively, fabulous. But fabulous is hardly interesting when real issues are at stake. It was a charity dinner served with a side of cognitive dissonance.

So if I’m such a cynic, what was I doing there in the first place? I believe the RSFP is doing very important work. It promotes eating local, seasonal produce and limited quantities of organic meat. The food is nourishing, tasty, and carefully sourced. In Rome, such a combination is rare. Of course, their reach is limited, but they could still serve as a model for other institutions. They deserve support and praise for their dedication.

But let’s not kid ourselves. The RSFP is not a mirror of Roman food culture. It is important precisely because it exists in spite of the tragic decline of good food in Rome and Lazio. As a long-time Rome resident, culinary educator, and journalist, I observe and document the reality that farmers and food artisans combat every day. Ms. Waters’ post-risotto speech didn’t quite reflect my experiences here. 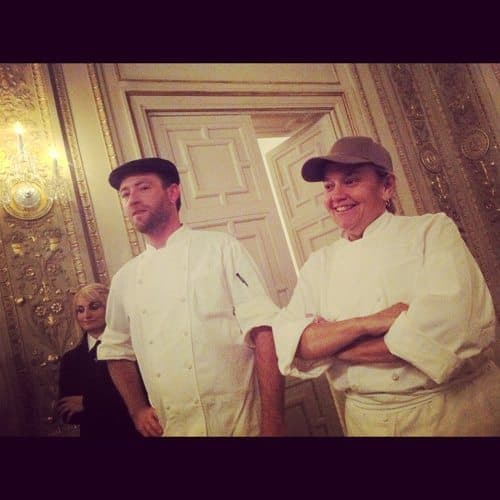 Instead, she painted an idealistic portrait of Rome as the edible city (a theme I often address in my lectures and even here on the blog…stay tuned for a post on a recent urban olive harvest). Then an anachronistic praise of the city’s fabulous produce followed. I wanted to shout, “NO! It sucks!” And, on average, it does. And how could it possibly be any good since so little comes from nearby and even less is fresh off the farm. Newsflash: Rome dwellers shop for produce in supermarkets and (to a lesser extent) mercati rionali where virtually NOTHING is farm fresh. Indeed, the Rome Sustainable Food Project relies on one of the relatively very few organic/biodynamic farmers in Lazio. Giovanni Bernabei is a mascot of the RSFP. He is unique. He is not the rule, but the exception.

The speech then turned to fast food, and praise for Rome’s aversion to it. At this point I wanted to stand on the table and shout, “I feel like I’m taking crazy pills!” I would wager that Rome has exponentially more fast food consumers than Slow Food members. And it only takes a brief walk around town to see the growth of McDonald’s and Subway. They are out there and they are growing. The local chain Chicken Hut is quickly expanding, too. 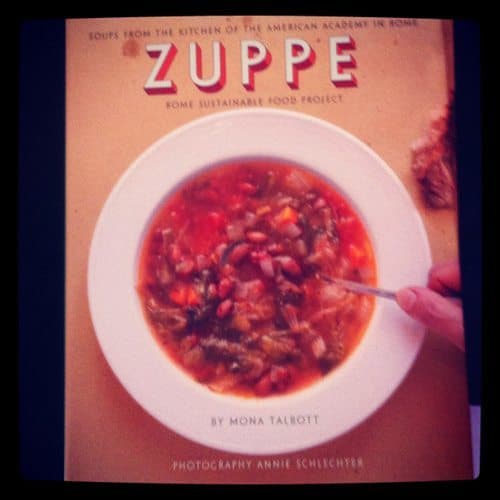 The RSFP is an important institution because it is a model for what food in Rome could be if we reverse the rise of supermarkets, the closure of farms, the mass production and distribution of food, and the growth of fast food. All of those things are happening and there is so little resistance to them. The RSFP is not a reflection of Roman food culture; it is an idealized and improved version of it.

Where does this widely held misconception that all food in Rome is local, seasonal, healthy, cultivated on small farms come from? How is this fantasy still alive in 2012? It truly boggles my mind. Do you want to know what it is really like here? I’ll let my friend Eleonora describe it. Here is a quote from her eloquent post about the same dinner:

[Food in Rome is] not really a bed of roses…way too many supermarkets and bad eating habits are common here too, not only overseas. I’d like to say that the image of this dolce vita lifestyle, with nonna‘s recycling of leftovers and solid morality in the grocery shopping list is sadly not happening. The average family does not have all that much choice. Sadly there is no chance to forage wisely, no trace of the community gardens Alemanno promised Waters during her last visit 2 years ago… nor of the edible schoolyards purportedly commissioned in every public school of the city. Niente. I’d like to say it out loud that it’s still brutally expensive to shop at the farmers markets and Italian CSA equivalents because mass distribution is killing us… 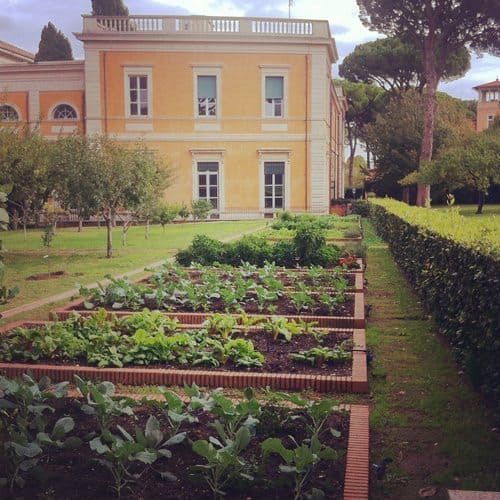 Rome residents do not have the privileged access to the same kind of food offered by the RSFP. That would be impossible. There aren’t enough small, organic farms to provide that volume of food. Of course, some people do purchase local goods, eschew fast food, and patronize small food artisans. But most people buy what is convenient and economical. The km0, Slow Food*, and organic movements are for those with means. Good food raised properly costs money and this resource is in short supply these days.

So what is the solution? I honestly don’t know. But it has to begin with honest conversation rooted in reason and fact. I think the RSFP is a valuable model, but education, research and activism by local communities are critical, too. The future seems grim though I hope I am wrong.

*Slow Food lost the little credibility it had with me when it endorsed masters of vertical integration, Eataly Roma. Is there anything less sustainable than shipping tons of bottled water and food from Piedmont when Lazio’s water is amazing and its farmers are dying out? Mental.