Grazing Through Fatih With Istanbul Food 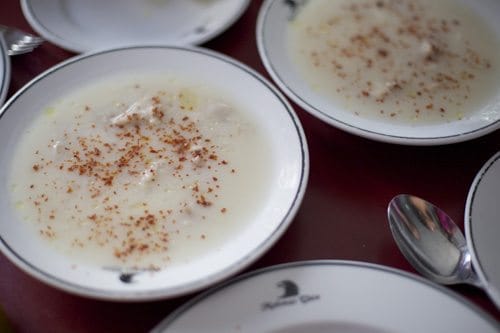 There are plenty of things to love about Turkish regional cuisine. My favorite? The rampant use of offal-based breakfast soups. The practice of eating these hearty bowls early in the morning is particularly common in eastern Anatolia, but you can find plenty of it in Istanbul’s Fatih district, where immigrants from the region have settled. On Monday, my friend Tuba, author of the incredible blog Istanbul Food, took Semsa, Mamma Parla, Rita, and I on a grazing stroll through Fatih. Our frist stop was at Paçacı Mahmut Usta for a proper initiation into the eastern city off Erzerum’s famous breakfast, lamb trotter soup. 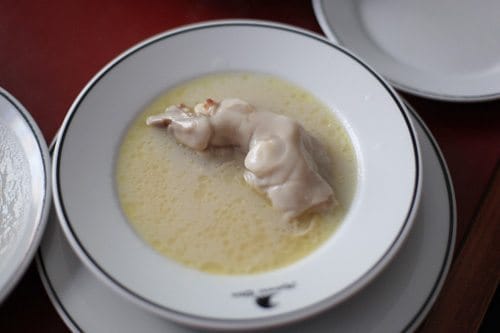 The place opens at 5am; we didn’t exactly arrive at the appointed meal time, but were welcomed warmly (Tuba is a regular) and they even made us a special dish with one whole trotter rather than the traditional approach: broken up fatty-gelatinous vaguely meaty bits. 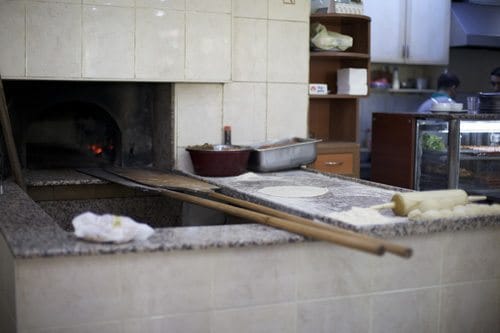 Our next stop was Öz Kilis Kebap ve Lahmacun Salonu, a place specializing in the cuisine of a southeastern border town between Antep and Syria. They serve two types of lahmacun, soğanlı (with onions) and sarımsaklı (with garlic). 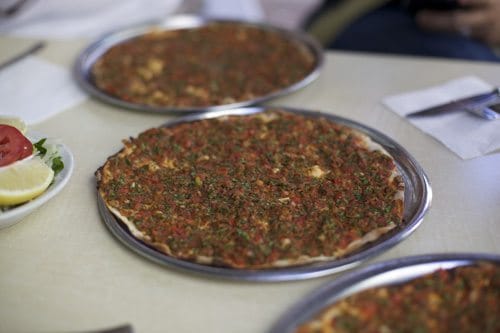 Though Öz Killis serves both of them year-round, garlic lahmacun is traditionally made in the spring and summer. 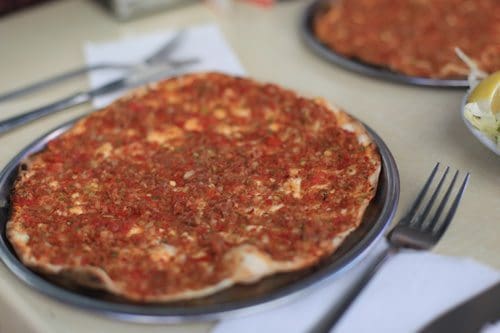 While onion lahmacun is a fall/winter dish. 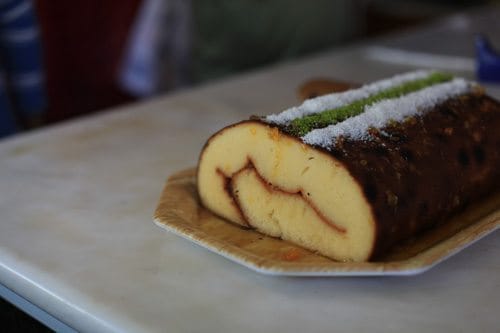 We followed our carbs with additional carbs at Fatih Sarmacısı, a shop specializing in syrup-soaked sweets. The house specialty, sarma, is rolled sponge cake filled with apricot marmelade and bathed in a light syrup. 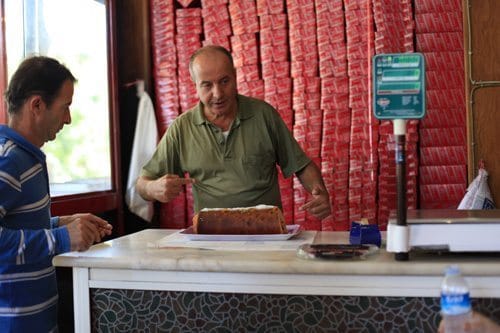 The third generation owner explained the process of making sarma, proudly announcing that, unlike many of his competitors, he uses real beet sugar instead of throat-burning corn syrup. 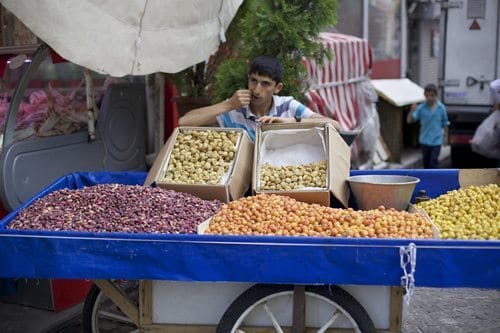 We walked off our meal(s) and dessert(s) with a stroll through Fatih’s Kadınlar Pazarı, a market flanked by an aqueduct, and teeming with mutton carcasses swinging on meathooks. In spite of the intense heat on that mid-October day, there were signs of fall in the colors and items for sale. 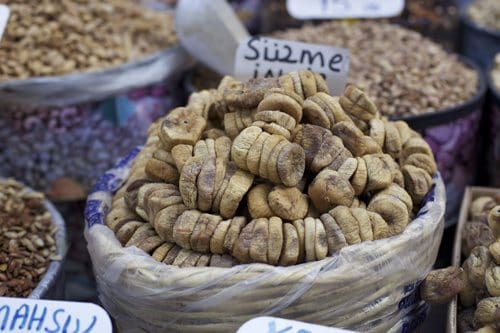 Summer figs had been dried. 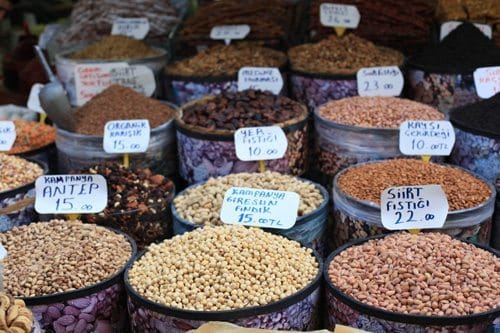 Dried fruits and nuts from southeastern Turkey were displayed in rows. 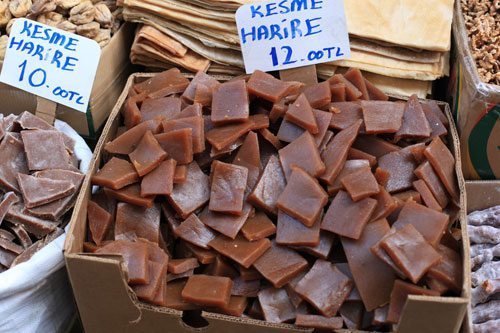 And cut dried molassas sat between stacks of fruit leather. 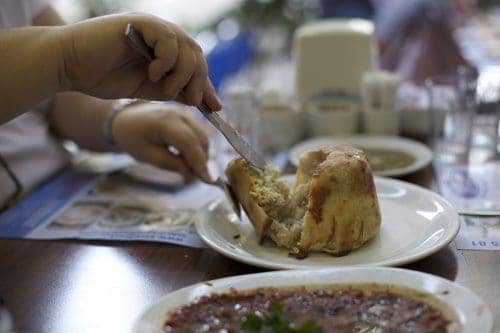 After a bit more grazing and shopping, we settled in for lunch at Siirt Şeref Büryan on the corner of Kadınlar Pazarı near the fourth-century aqueduct arches. We ordered a signature rice dish, perde pilav, made with chicken, onion and peanuts draped in a thin layer of dough.

The main dish was büryan kebabı, lamb cooked in a well-like coal-filled hole. Şeref Usta sliced up the meat and cracklings and brought us a massive plate full of the rich meat, which oozed fat into the crevices of its bread foundation. This specialty from Siirt in southeastern Turkey feels right at home in Istanbul’s Fatih.