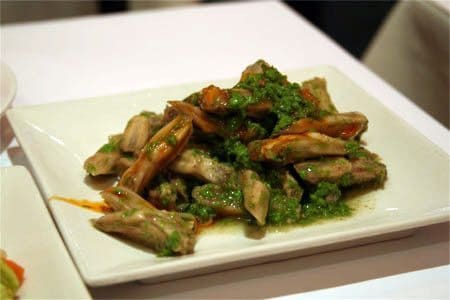 I have had an endorphin rush brought on by eating very spicy food before. I have tasted foods so hot that it has taken me days to recover from eating them. But I have never encountered anything with spice so intense, so profound, that it has scrambled my DNA. That is, until I ate at Szechuan Gourmet on Saturday. The place is renowned for its very authentic and very spicy Szechuan cuisine. The menu has one to four chili peppers beside each item to indicate their relative heat. 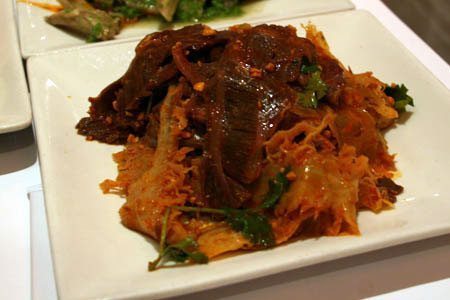 For starters, I chose four dishes with a single chili pepper symbol each. The Duck Tongues with Szechuan Pepper Corn-Scallion Pesto,Ox Tongue & Tripe, Szechuan Pork Dumplings with Roasted Chilli Soy, and the Chef’s Szechuan Pickles were drizzled with a red-orange oil that burned my tongue and lips from the inside out. The sensation must be similar to microwaving flesh, tingling with increased intensity as it cooks from within. Waves of unrelenting heat radiated from my mouth and into my brain. Still, I kept eating. 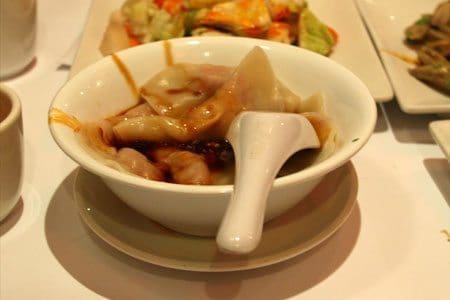 There were moments when I thought I would lose consciousness, others when I feared my trembling hands would lose control of my chopsticks, inhibiting my ability to indulge in this masochistic feast. I was seriously worried that the spice might kill me before I could finish it all. As it turned out, I survived and ordered a main. Triumphant over the four life threateningly hot starters, I decided to step it up and got the four chili pepper Chef’s Ma Paul Tofu. 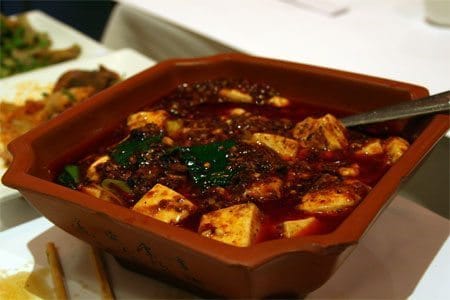 I fully expected this dish to be my downfall, to send me over the edge and into a rare spice induced coma. But instead, it was surprisingly mild. Anything would be compared to the effect of those four starters. The ground pork with chilis were a chunky and salty addition to the silky, hot oil coated tofu cubes. This was the perfect end to a ridiculously intense meal that I cannot wait to repeat.