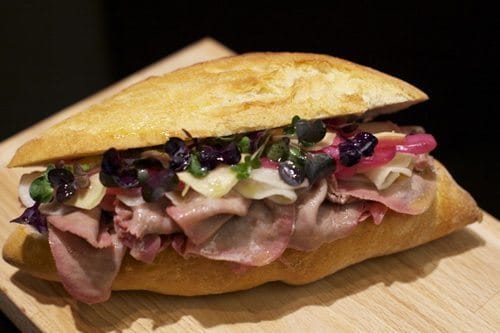 In the spirit of last week’s “Some Myth’s About Rome The Need To Die”, I present a post dedicated to revealing 21st century Roman food culture. This is loosely based on a lecture I did yesterday at Temple University’s Rome campus for Professor Shara Wasserman’s Contemporary Rome class.

In spite of the aforementioned myths, I insist on posing the rhetorical question, “what is the real Rome?” How do we as residents perceive this city and the food and beverage it offers? How do we come to terms with the tragic and terrible disappearance of tradition while simultaneously celebrating praiseworthy innovation? A 90-minute lecture with 70 slides just barely scratched the surface, but here are some notable 21st century features of Rome’s food and beverage culture:

Foreign dining influences have had both positive and negative effects on Rome’s offerings. The rise of pub culture and craft beer shops has fueled small business, created new jobs and provided (mainly young) people with interesting beverage options. On the other hand, the proliferation of boring and pointless brunch buffets is proof that locals don’t mind clinging to stupid trends or eating truly disgusting food and airborne bacteria. 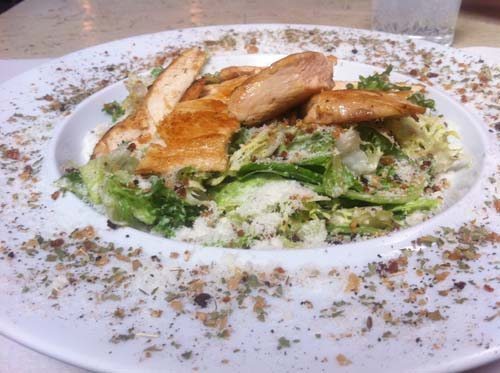 Chicken cesar salad at Open Baladin, an example of the entrée salad that has entered into the Roman repertoire. 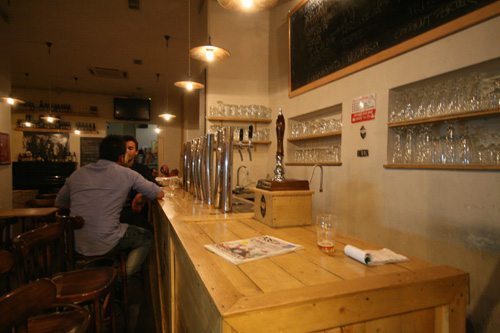 Quality-driven American-inspired craft beer pubs like Blind Pig are a welcome addition to the city’s nightlife. 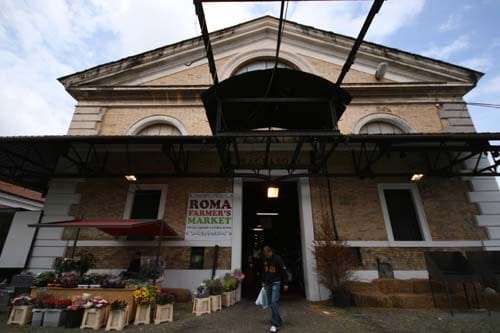 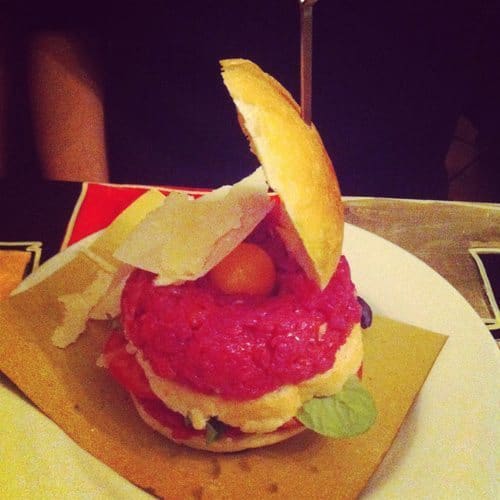 Lean burger patties (both raw and cooked) are ubiquitous. Though clearly referencing American fast food, the Roman version is void of fat and flavor due to the choice of designer meats meant to appeal to the local palate. 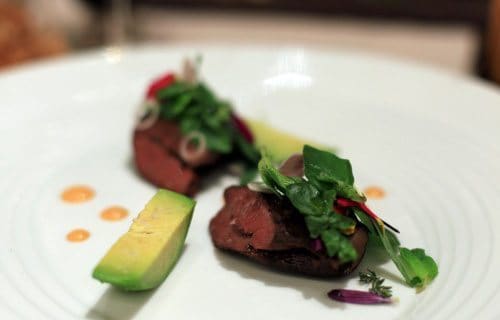 The rise of foreign chefs like Roy Caceres and John Regefalk of Metamorfosi means diners finally have access to properly cooked meat. 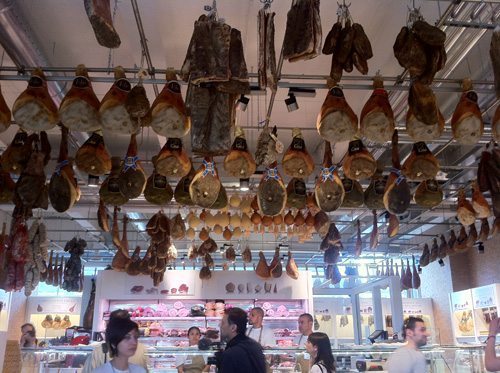 Big box shopping arrived in Italy well before the 21st century, but large supermarkets have secured their hold on Rome’s consumers. Everyone seems to love one-stop-shopping though it demands compromising on quality. 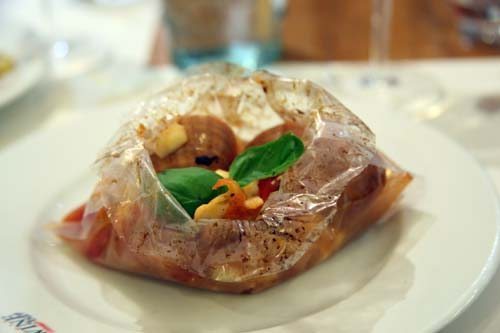 Even respected family-run businesses like Trimani think nothing of serving microwaved seafood served in a charred plastic bag. 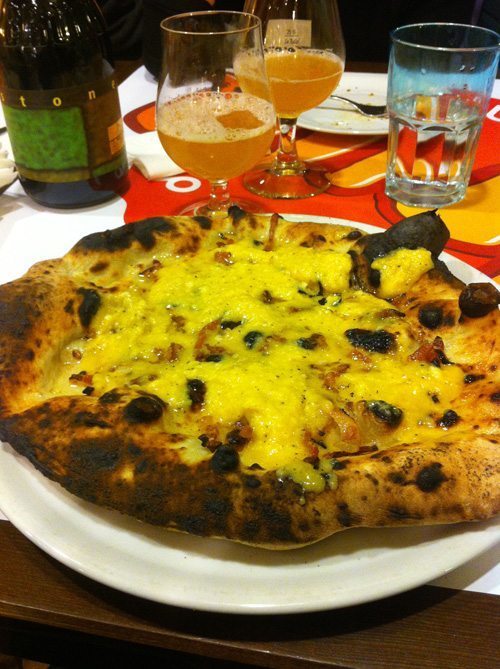 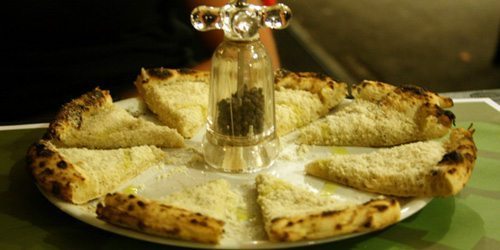 At Sforno, cacio e pepe, another classic pasta dish, sees its ingredients atop a thick-rimmed pizza base. 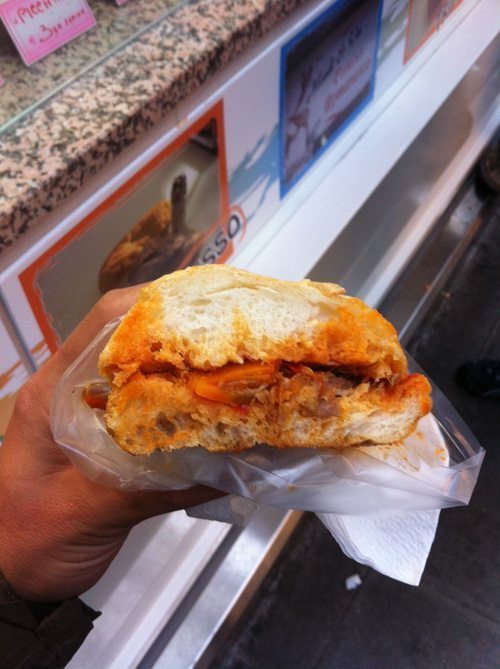 Sergio Esposito’s Mordi e Vai, which opened in the Testaccio Market in July, sees Roman mains served on a roll. At nearby 00100, pizza bianca is filled with classic Roman dishes in the early 21st century invention, the “trapizzino”. 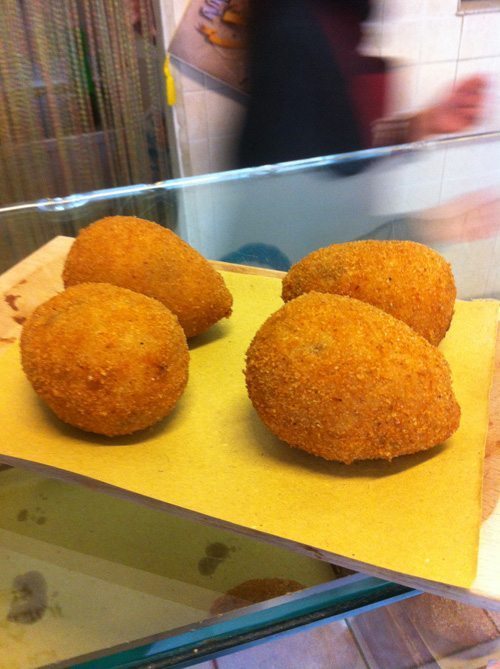 Speaking of 00100, it was one of the first places to break away from the classic suppli’ recipe and use different fillings like porchetta and white wine or braised beef and onions. 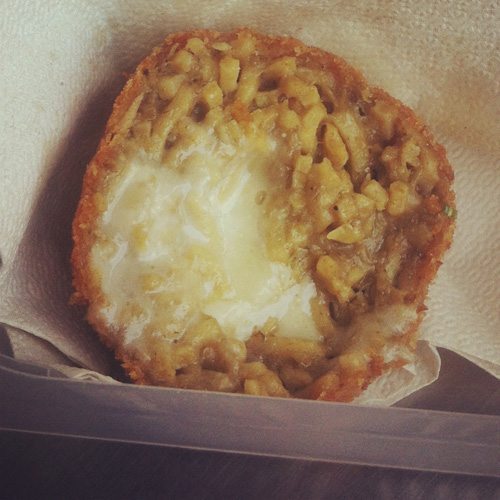 Gabriele Bonci takes the suppli’ experiment a step further at Pizzarium, where rice is replaced with pasta (and combined here with gorgonzola and artichokes).